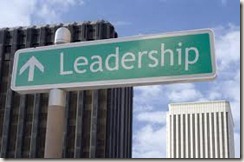 Panorthosia addresses many questions that are being skipped over in our globalizing but still un-cosmopolitan world. We have gone over Comenius' answer to the question: how do we eliminate corruption, fanaticism and partisan thinking? Other crucial questions are: how would a cosmopolitan leadership involve everyone in universal concerns? Even assuming that we are all sober, balanced, sincere and vigorous citizens, how could we coordinate our efforts efficiently? For reasons of his own, Comenius does not detail in Panorthosia how exactly to go about this. Nor does he even attempt to outline a global plan. Instead, he concentrates on the process, on how to devise the mechanisms for reasonable action at every level of leadership.

As we saw in our discussion of corruption, the most salient feature of Comenius' answer was to separate governance and social organization into three parts, and to distribute the guidance of each semi-independent part to each level of society, starting with that of the individual. The logic is something like this: In our lives every one of us is called upon to avoid the perversion (which literally means "turning away") that gives rise to corruption by facing adequately our three responsibilities and reasons for being: the good of self, that of our environment and our progress through time and space. Once we get that right, we express harmony through three chief relationships, with nature, with our fellow man and with our God.

Earlier I suggested -- in the spirit, I hope, of Comenius -- that open planning software be designed to aid cosmopolitan citizens in maintaining such a balance. This I called steles, automated, interactive displays that would be erected in every important location, starting with one's bedroom and personal work space and proceeding to every crossroads of public intercourse. 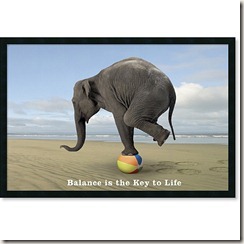 Using such steles, every world citizen could work on becoming a more effective contributing member to each of the three guiding institutions, the College of Light, the Dicastery of Peace and the Consistory of Holiness. The college is an institution dedicated to education, science and philosophy, the dicastery to peace and practical politics, and the consistory to ethics, faith and universal existential well-being.

Last essay, "Planning for the Supreme Law," suggested that, once personal good is established by individuals in communion with their stele, the good of the people, that is, of all humanity, be upheld as our universal first principle. This follows a suggestion of Frances Bacon in his essay, "Of Judicature,"

"Judges ought, above all, to remember the conclusion of the Roman Twelve Tables, `Salus populi suprema lex.'"

The welfare of the world's people, then, would become the supreme law not as defined by an unseen, faceless bureaucracy (the welfare state) but as worked out by every healthy world citizen.

In this way we would form a truly cosmopolitan government, not a mere monolith, a supreme autocracy that arbitrarily dominating earth and all its dwellers. Cosmopolitan leadership is not political in the narrow sense that we understand politics today. Instead, its ruling principle is just that, principle, not dictatorial authority. Its division of powers derives from our essential purpose and our three basic relationships, relation with self, with others and with one's God. 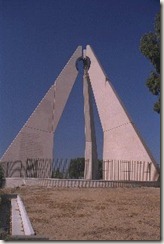 Each separate institution acts as a tripod, each leg independent of yet supporting the other two.

Although the members of the continental and world government may at first be appointed, as they become democratically elected these three parliaments will comprise the first institution in history with a comprehensive mandate to oversee the progress of all humans by all humans, comprehensively, everywhere on the planet.

Next time I will look at the Cyclical Decade Plan, a plan that Comenius only hints at but which I think could become the tune to which cosmopolitans sing the song of unification.

Posted by badijet@gmail.com at 4:36 PM