Planning for the Supreme Law

The Precedent of U.N. Planning Years

"Salus populi suprema lex." (Let the welfare of the people be the supreme law.) 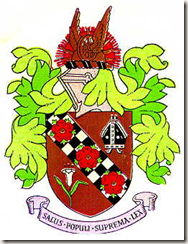 The United Nations in the fifty-plus years of its existence has so far succeeded in staving off the ultimate disaster, a nuclear war among states. By this criterion alone, it justifies every penny spent on its upkeep. Although the UNO comprises one of the larger bureaucracies in the world, its resources pale in comparison with its main sponsor, the United States. As financial historian Niall Ferguson points out, the UN's,

"resources are so much smaller than those of the U.S. government that its functions can never be more than complementary to American power. To be precise, the annual budget of the United Nations is equivalent to around 0.07 percent of the U.S. federal budget, 0.4 percent of the U.S. defense budget and 17.6 percent of the U.S. international development and humanitarian assistance budget. In the words of the former secretary of state Madeleine K. Albright, who from 1993 to 1996 was the American permanent representative to the UN, the annual budget of the United Nations is `roughly what the Pentagon spends every thirty-two hours.'" (Niall Ferguson, Colossus, The Rise and Fall of the American Empire, Penguin, 2004, pp. 134-135)

In spite of the flimsy resources at its command, the United Nations can boast of at least one further accomplishment, its planning years and decades. These plans are devised after painstaking consensus building among concerned parties. On the whole, they constitute the second great success story coming out of the international institution in the first half-century of its existence.

These years and decades publicize important but otherwise overlooked global needs and issues. They focus the attention of policy makers on positive measures to solve the problems, both independently and through cooperative action on a regional basis. Examples of recent planning years and decades include the International Year for Freshwater (2003) and the Literacy Decade (2003-2012). Such broad themes orient governments and NGO's around specific goals. The publicity surrounding the event encourages them to vie with one another in fulfilling their promises. 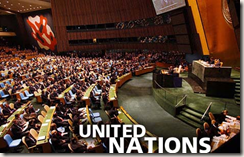 Unfortunately the press largely ignores these plans, as it does the existence of United Nations itself. Whereas the slightest dip in the stock market or the latest sports scores, or the tiniest variations in the weather are given meticulous attention by broadcasters, the plans of the United Nation make little impression on the popular mind.

Right now, press outlets themselves are large media corporations. They in turn depend upon profits coming from advertisements paid for by other corporations. They are thus doubly shackled. As a result, it is an open secret that these corporate media conglomerates instruct publishers, and editors instruct journalists, to ignore the plans of the United Nations. Such deference to the interests of owners is paid, in spite of the tremendous potential benefit that we all would derive from such publicity. I for one would rather hear on the radio what the international plan is for this year, and how my nation is doing in fulfilling its promises in this regard, than, say, an hourly update in hundredths of a cent on the fortunes of the American dollar.

These, however, are not the only reasons why the U.N. years and decades do not inspire the attention, much less the hope that they could. The planning years restrict themselves to specialized measures by national governments and NGO's. They are of interest, by and large, only to specialists and policy makers at high levels. They rarely tie in to the everyday concerns of the average citizen. In relation to one another, the plans are narrow, disconnected and incoherent. The accomplishments of one year do not lead naturally to the next. One decade is wholly unrelated to all other decades.

Perhaps most important, the plans are not written into a world constitution, and as a result they are lacking in moral and legal authority.

The reform proposals that John Amos Comenius puts forward in Panorthosia would change the entire equation of global planning by placing universal concerns into the hands and minds of all.

A Comenian world order would never permit politics and the press to be mischievously manipulated by unseen interests, as they are now. The plan of humanity must be open and transparent at every stage, from theory to implementation. The public therefore must own every organ of publicity, since through this means arises an intelligent consensus of opinion, and out of that all effective action proceeds.

"Let us restore all things to all men through reforms which are universal to make for universal justice, easy to make for simplicity, and agreeable to make for easy acceptance." (Comenius, Panorthosia II, Ch. 10, para 48, p. 171)

Press outlets should be trusts, independent of advertising, run by agencies sanctioned and heavily influenced by Comenius' three branches of government, respectively the college (science and education), the dicastery (peace and politics) and the consistory (faith and ethics). Although the members of the press need to be free and independent in one sense, they cannot be free in the sense of being divorced from the supreme law, which is Salus Popoli, the benefit of humanity. 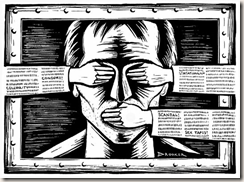 The first step in world planning, Comenius proposed, should be before all else to enlist everyone's attention to the question at issue. The basis of this is encapsulated in the Latin proverb at the head of this essay, what the Romans considered to be the supreme priority, the good of the people. And surely the first and best defenders of this supreme goal must be the people themselves. Therefore, the average person must cast aside all distractions and give full attention to what benefits all.

Fostering this is the first duty of the press, and indeed the entire publishing industry, including Internet publications. They must do all they can to aid the public in this noble but difficult challenge. As Comenius wrote,

"It is true that there are very many people whom you would not desire to pay extraordinary attention to things, but they should at least have the necessary knowledge. `For they only know how to attend to things that are amusing, vain, and unimportant, but in serious matters they are apathetic. If an actor makes the least movement out of step,' says Cicero, `or if he speaks a line one syllable too short or too long, he is hissed and booed off the stage.' (Cicero, Paradoxa, 111, 2, 26) You see how critical the common people are towards the subtleties of even the most trivial things! And the same attention is paid to rhythmic dance-movement accompanied by music as to spicy foodstuff and the sensual, earthly, and transitory things. But confront a man with serious, intellectual, and religious matters and you will soon see that he is apathetic. Therefore human effort has its shortcomings, mostly where we can least afford them." (Comenius, Panorthosia II, Ch. 9, para 4, pp. 144-145)

Posted by badijet@gmail.com at 9:41 AM