How can you avoid backbiting?

At last night's Ruhi Book VIII meeting someone asked how you avoid backbiting, especially with a persistent non-Baha'i. Her friend does not think of gossip as a bad thing and has an engrained habit of idly talking against others. What should I do? Do I have to break off the relationship?

One member of our group, Muhammad, made a brilliant suggestion. What he does, early on in the conversation, is to quote the saying, "Great minds discuss ideas, mediocre minds discuss events and base, and small minds talk about people." I just looked it up, and the saying is attributed to Eleanor Roosevelt; I remember my father often citing it to us when I was a child. Anyway, Muhammad said that this statement shames the people he is talking with into avoiding personalities completely. Nobody wants to seem small-minded. 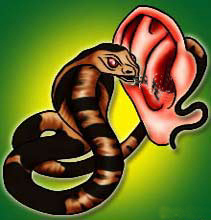 Because I was exposed to this saying so young, I have sought counter examples to it all my life.

There are many examples of great minds talking personalities. Plato's dialogues, for example, involve characters from real life -- it is all but useless to talk about virtues without grounding the discussion in real human lives. And, of course, Baha'u'llah wrote virtually all His Tablets to real people, and not only good people; He wrote the Shah and persecutors like the Son of the Wolf.

Indeed a case can be made that the opposite is so, especially when talk is about the persons of the Manifestations themselves. They instantiate God Himself, and  what pertains to Them includes all the highest and greatest things we can possibly think. Talking about that sort of personality is far higher than talk of either events or ideas, which are idols in comparison.

Nonetheless, debatable as the saying is, I think I will put it to use the next time I enter into conversation with a persistent gossip. Or maybe this slightly different saying of Confucius would be a good substitute: 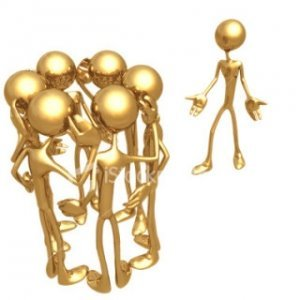 Abdu'l-Baha's advice on how to avoid backbiting

I seemed to recall the Master Himself offering advice on how to avoid backbiting with non-believers. I just dug it up, and I find that He was in fact talking to Baha'is qua Baha'is. Nonetheless, this advice, especially the part about "touching an answering chord in your listeners" can apply to some situations with non-believers. When Baha'is and anti-backbiters outnumber the gossips, social pressure can be applied to replace blame with praise.

"O beloved of the Lord! If any soul speak ill of an absent one, the only result will clearly be this: he will dampen the zeal of the friends and tend to make them indifferent. For backbiting is divisive, it is the leading cause among the friends of a disposition to withdraw. If any individual should speak ill of one who is absent, it is incumbent on his hearers, in a spiritual and friendly manner, to stop him, and say in effect: would this detraction serve any useful purpose? Would it please the Blessed Beauty, contribute to the lasting honour of the friends, promote the holy Faith, support the Covenant, or be of any possible benefit to any soul? No, never! On the contrary, it would make the dust to settle so thickly on the heart that the ears would hear no more, and the eyes would no longer behold the light of truth.

"If, however, a person setteth about speaking well of another, opening his lips to praise another, he will touch an answering chord in his hearers and they will be stirred up by the breathings of God. Their hearts and souls will rejoice to know that, God be thanked, here is a soul in the Faith who is a focus of human perfections, a very embodiment of the bounties of the Lord, one whose tongue is eloquent, and whose face shineth, in whatever gathering he may be, one who hath victory upon his brow, and who is a being sustained by the sweet savours of God." (`Abdu'l-Baha, Selections, 230-231) 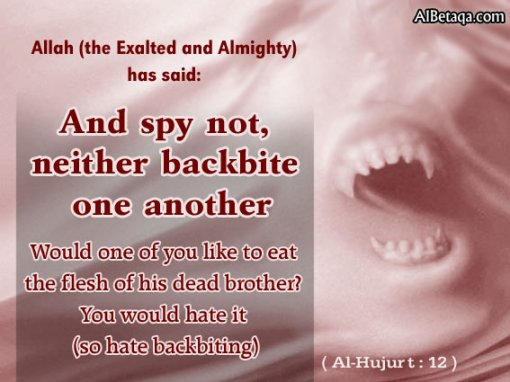 Posted by badijet@gmail.com at 2:40 PM