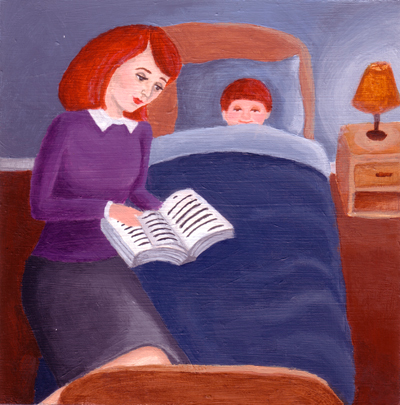 Our daily Baha’i class has been enlivened over the past few months by “Stories Told by 'Abdu’l-Baha,” by Amir Badiei. I borrowed this book from the Hamilton Baha’i library in hopes of getting something interesting for the kids, but to my surprise this book contained many stories that I had never heard before. It seems that Badiei has gone over the entire works of the Master and translated many stories for the first time. I’d say that between a third and a half of these stories and anecdotes are making their premier in English.

What an unexpected bounty!

Some stories are shocking, some puzzling, and one even talks about what Mary Magdalene did after the resurrection was over and the early Christians were being persecuted. This is a story I have never heard anywhere! Other stories, like the following, were clearly taken from the Master’s own direct observations of nature.

“One day I was standing by a creek and observed that swarm of small locusts whose wings had not yet developed wanted to go to the other side of the creek to find food. To make this possible for them, some of the adult locusts rushed forward, each one trying to get ahead of the other. They threw themselves into the water to establish a bridge, from one side of the creek to the other. Then the small on crossed the creek by walking on this bridge.  All the locusts that formed this bridge lost their own lives in this process."' (Stories Told by 'Abdu’l-Baha, p. 110) 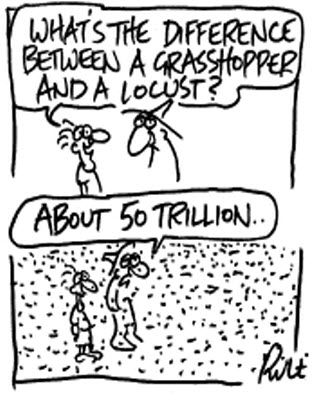 To each story, the compiler adds a title, in this case, “Cooperation is Practiced Even among the Insects,” and at the start an apposite short quote from the Writings. I give eleven-year-old Thomas the job of reading this part to us. For this story, it is something the Master said in New Jersey to the congregation of the “Brotherhood Church”:

“There is brotherhood natal in mankind because all are elements of one human society subject to the necessity of agreement and cooperation. There is brotherhood intended in humanity because all are waves of one sea, leaves and fruit of one tree. This is physical fellowship which ensures material happiness in the human world. The stronger it becomes, the more will mankind advance and the circle of materiality be enlarged.” (Abdu'l-Baha, Promulgation of Universal Peace, 129)

Badiei also offers an explanation at the end of the context in which the story was told, which is very often greatly needed. Here is the background for this story, which is not as helpful as it might have been.

“Abdu'l-Baha was talking about the necessity of cooperation among all peoples of the world. He told this story to show that cooperation is practiced, even among the animals.”

Here is another new-to-me story based on something that happened to a German inhabitant of Haifa. It is kind of a strange story, as true stories often are. But it proves one thing, our Exemplar was not above repeating juicy stories told to Him by others. So strike that off your definition of gossip! On the other hand, there is the given moral of the story, “This story illustrates that some people who believe the chatter of flatterers eventually come to a sad end.”

He Was Inflated with Pride and Got a Broken Leg

“As to him who turneth aside, and swelleth with pride, after that the tokens have come unto him, from the Revealer of signs, his work shall God bring to naught.” (ESW 60)

In Haifa there was at one time a German Consul who became [my] friend. He used to call on [me] often, and I returned his visits. At one time, he disappeared for a whole month. Suddenly, one day he entered [my] room. He had a stick in his hand and was lame. 'Oh, sir, how is it that you have not inquired about my health during the past month?' `Why, friend, what has happened to thee?' 'Yes,' he pitifully answered,

Let me tell you how it happened. The German Colony had prepared a ball, to which I was bidden. The governor, the judges and the officials of Haifa were likewise invited. When the dancing was over, they had a jumping contest. One by one they started to jump, but in a clumsy manner. I saw that none of them had learned the art of jumping a long distance, but I had learned it in boyhood, going to a gymnasium in Germany. When the last one failed to reach the mark, I volunteered as a candidate. 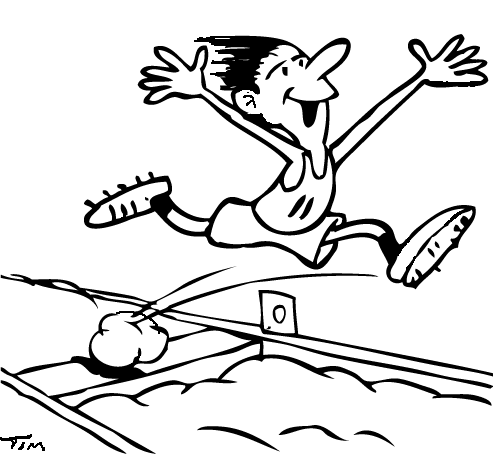 All eyes were on me now.

My first attempt was so successful that it elicited the hearty "Bravo" of the governor. In my heart I was pleased and thought I would try again, and go beyond the first limit. I went back and back, then jumped forward, and when I landed on the other side, a tumultuous applause was raised from the governor and the officials. "Bravo, bravo" rang in my ears. By this time I was puffed up with pride and became blind to my own limitations.

"Now I will show them," I said to myself, "what real, jumping is," and with this determination I started the third time. I wanted to go further, much further than the first and second time, and so, when I came down upon the earth with it great crash, I felt a most excruciating pain in my right foot. My leg was broken. I became unconscious, and when I opened my eyes, I found myself in bed. For the last thirty days I have suffered much. Thus you see now, how I became the victim of the "Bravos" of the governor."

Posted by badijet@gmail.com at 5:02 PM