Senate of the World

The Senate of the World

"Concerning the necessity of correctly establishing all our constitutions once they are correctly set up, by means of three supreme Courts or Tribunals as guardians of the age of happiness; and the form which these ought to take."

In Panorthosia, especially in the 15th Chapter, Comenius wrestles with a paradox within the very idea of leadership in a united world.

Clearly, as global order spreads, knowledge will spread until it is, in the words of prophesy, "like waters upon the sea." As everybody becomes educated and enlightened, there will be less need for leaders in the traditional sense. Each and all will be leaders and followers unto themselves. 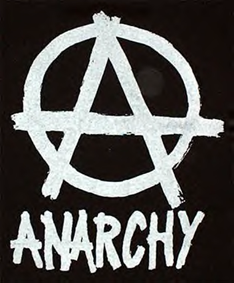 Some think that this implies anarchy, rule by no government at all. Indeed, Comenius takes this prospect very seriously, since it is central to Christian teaching. He cites Matt 13:8-10,

For Comenius, though, this forbids not government itself but any "one sole form of rule, worship or wisdom amongst men. For he forbids the use on earth of the title master, father or leader in reference to the position of scholars, churchmen and politicians." (para 9) The three institutions, the college, the consistory and the dicastery, then, are meant to fill in the "leadership gap" opened up by this dictum.

By removing absolute, personal power, the compulsion of one person over another, we do not end power completely. Indeed, the rule of law is only supreme when personal compulsion is subjugated. The implication is not anarchy, rule of nobody, but rather rule of spirit, the divine power of love. It is true that spirit is invisible, but, like the wind, it is nonetheless a real force, as anyone who encounters a tornado or hurricane can attest. Rule by God, although unseen and incomprehensible, is quite the reverse of rule by nobody. 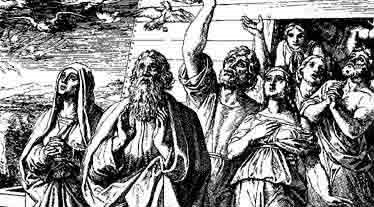 Comenius concludes, therefore, that we should learn from the principle of "no Rabbi, no father, no master" by ceasing lazily to delegate power to others. This is both unnecessary and a cause of corruption. Instead we can "unite in brotherhood" under the rule of one God. I would add that this same egalitarian teaching is also to be found in Plato (especially in "The Laws") and the Qur’an (); thus Christians, Muslims and secular non-religious believers, comprising over half the human race, accept this egalitarian inclination already.

The paradox of which I spoke at first is not that real power is invisible, or that power is most effective as a consensus arising from unity in brotherhood. Rather the paradox is that notwithstanding all this, there is still a crucial role for leaders -- as long as they stay leaders of thought and do not degrade into leaders of men who transgress their limits.

Leaders of thought are essential because ideas remain as mere words until they are backed up by action. The best constitution soon falls apart without vigilant care from guardians who stand watch over it. Comenius cites the example of the Israelites, who having conquered the Promised Land, turned to farming, forgot soldiering and in time were ousted by the resurgent peoples they had conquered before.

Leaders, even in an egalitarian order, need to have everyone's attention in order to show the way and lead by example; they require real influence in order to uphold some ideas over others. This is now often called the "tragedy of the commons," but it was well known in the Middle Ages, being summed up in the axiom of logic that "Everybody's business is nobody's business." (Ch. 15, para 3, p. 216)

As the parable of the lamp under a bushel teaches, leaders have to shine into the darkest places if they are to have their intended effect, which is enlightenment.

"... the most effective remedy available is the appointment of regular guardians as soon as our sacred constitution is established, who shall have permanent responsibility for certifying that schools enlighten men's minds, churches inspire their hearts, and parliaments maintain national peace and for preventing errors from creeping in or developing." Comenius, Panorthosia, Ch. 15, para 7, p. 217

This new sort of leader operates on his or her own, autonomously and creatively, moved only by the Holy Spirit. He or she seeks out areas where his or her expertise is most needed, studies the situation and shares the discoveries openly with other such leaders. A non-monolithic leader, then, does not work as part of a visible bureaucracy or hierarchy.

In fact, the reader of chapter fifteen of Panorthosia, which describes in general terms the amorphous but still organized structure of the three Comenian institutions, is struck by the similarity between them and England's Royal Society. The most eminent scientists are appointed to this body but work apart, reporting their findings in regular conferences. The Royal Society is the model for scientific organizations in most nations around the world. Then one remembers that the Royal Society was originally inspired by Comenius's writings. Only in politics and religion are there no equivalent bodies that appoint the most prominent experts and bring them together to report on the results of their free enquiry.

There are, however, important differences. The criteria for choosing members of these "royal societies" are much broader. For example, someone chosen for the College of Light would not only be a brilliant scientist or educator, he or she also has to have the virtues taught in the other two institutions. A scholar, 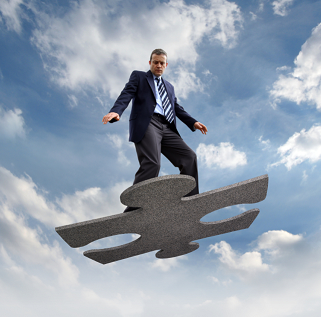 Another important distinction is that Comenius's free guardians are organized not only nationally but on a global scale. Members of national colleges elect a "president" from among themselves, who serves in the same way on a continental basis, in Asia, Europe, Africa, and so forth. Eventually these presidents come together to "constitute the senate of the world." (Panorthosia, para 15, p. 222); here they share findings in a conference held every ten or twenty-five years.

Posted by badijet@gmail.com at 2:58 PM