Preparing for a Postliminium

This is a draft of a chapter in my book-in-progress, Cosmopolis Earth

Preparing for a Postliminium

Comenius envisaged the introduction of two new professions, the tribune and the magistrate, as well as the RTC-ROC, or the right to advisors and a reciprocal obligation to comply with their advice, as coming at a later stage in what he calls the Postliminium. This unfamiliar term originally referred to the administrative changeover when a knight errant returned from soldiering and took over the management of his farms and estates from their trustees. Postliminium is also a legal term, dealing with the rules for restoring land to its original owners after the re-conquest of a territory. 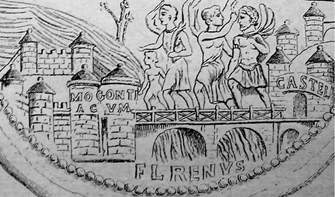 For a Christian leader, "postliminium" would also have a religious resonance. At the end of the parable of the talents (Matt. 25:25) the boss in his postliminium takes his trustees into account for how they invested a sum of money (talents) in his absence. In an earlier work, Comenius wrote,

"Remember the reward that He promises to His good and faithful servants who employ the talents entrusted to them in such a way that they gain others, and the threats that He utters against the slothful who bury their talents in the earth." (Great Didactic)

Christians, then, expect a divine Postliminium where God takes human management into account. Unlike his contemporaries, however, Comenius made no sharp dichotomy between postliminium as the end time promised in the Bible and the political and scientific unification of the planet that will take place after a world government has been formed.

In Panorthosia, then, Postliminium describes a sea change in all human affairs, religious, political and educational, that must begin as soon as war is permanently outlawed by a grand conference of humankind.

Comenius expected a long period of soul searching leading up to the postliminium. He does not say how long the preparation would take, only that everybody, especially leaders of thought, would be busy unifying language, philosophy, faith and practical policy. He devotes well over half of Panorthosia -- not to mention the several books preparing for Panorthosia, called collectively the Consultatio -- describing the transformations in thought, morals and habits that would ready the world for the Postliminium. 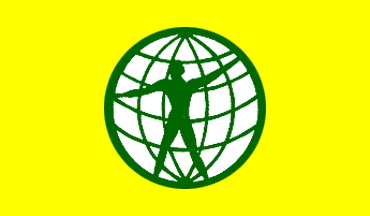 Comenius may have expected it to take a decade, perhaps longer, for thinkers from all continents to prepare the world of thought by converging in their own ideas and rectifying and standardizing the climate of opinion in the peoples of the world. Early in Panorthosia, he suggests that three earlier works in the Consultatio series would be helpful in preparing for universal reform, since they show how to diagnose the wrongs and distractions in human affairs that will need to be eradicated first.

"The evils that have arisen in our lives even up to the present day have perhaps been clearly exposed in my Universal Wisdom, Universal Education, and Universal Language, inasmuch as we forgot how to attend to the essentials of Education, Politics, and Religion, and instead filled all these with the non-essential, the irrelevant and the trivial." (Panorthosia II, Ch. 5, para 23, p. 96)

Comenius had, in these earlier works, put forward what he regarded as a modernization of the old trivium that had dominated the elementary curriculum throughout the Middle Ages.

The trivium taught what were thought to be three fundamental elements of thought, grammar, logic and rhetoric. Grammar forms thought, logic puts it together and rhetoric communicates it. These elementary disciplines prepared for the quadrivium, which was taught in the universities, the four disciplines being: arithmetic, geometry, music and astronomy. Unfortunately, since it was taught in Latin only to sons of the gentry, this educational program failed to unite the locality or the whole of Europe, much less the whole world. They were much too general, theoretical and, well, trivial, to be useful in comprehensive reform. 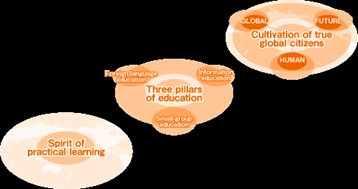 Instead, a curriculum is needed that will balance social responsibility with our three inner powers, mind, soul and spirit. Comenius's trivium was designed to serve the natural philosophy (science and education) that had just come into existence, as well as to renew politics and revivify religion. It sought to do this by placing each of these three, science, faith and practical politics, at the center of children's studies from the earliest age. This would unite outer with inner realities and pave the way for universal reform and the Postliminium.

Towards a Global Constitution

We have already discussed two applications of this trivium that could hurry the coming of the Postliminium -- the simplification project and the use of wisdom as a global ideology -- which he termed pansophism. Both are part of a broader project to enlighten all humans, a massive educational initiative that would not end with the arrival of a world government but in fact would accelerate, since funds formerly wasted on war would be released into more productive investment.

Comenius here addresses our lack of what a recent textbook on the subject calls a "widespread sense of shared values and aspirations," since the "precondition for world government is world community." Thus the bulk of Panorthosia, and the books leading up to it, attempts to solve a problem that is still regarded by specialists in international relations as the chief obstacle to a world government. In a recent world federalist assessment of this expert consensus, James A. Yunker expresses a hope that our lack of a sense of "world community" among civilizations and cultures can be overcome by what Comenius would call a Postliminium.

Once the program of universal reform is well underway, Comenius proposes, our next step will be to agree upon a global constitution. The entire lead-up to the Postliminium should be a period of reflection, consultation and preoccupation with what the content of this global constitution should be. He does not say so openly, but Comenius evidently intended that the final book he was writing, Panorthosia, should be a draft of this constitution, if not the actual text itself. Immanuel Kant had the same ambition over a century later when, also at the end of his career, he wrote his famous "sketch" for a permanent peace. 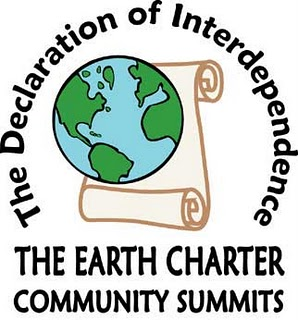 During the past twenty years, there have been efforts by many groups in "civil society" to draft a broad based constitution in the form of the Earth Charter.

Whatever the contents of the world constitution may be, perhaps the most striking feature of Comenius's suggested process for implementing and safeguarding its provisions is another new profession, which he called "senators of the world." In coming chapters of Cosmopolis Earth we will look at how these agents of a global constitution would operate.