Towards an Advisory System

We just discussed two new professions, tribune and magistrate, that were proposed in Panorthosia. Comenius apparently wanted to phase these in at a later stage, when legal standards of world government are established. Their precursors, the guardians, would come before. These will be discussed in the next section of this book. The guardians would be tasked with founding the three Comenian institutions to be incorporated into every level of governance, the college, the consistory and the dicastery. From among themselves, the guardians would elect continental "presidents," who in turn would elect the first "senate of the world." These guardian scholars have another major task, to set up an entire "advisory system," as large and sophisticated as the educational system and legal system that are so familiar in the present day nationalist state. This advisory system is one of the major distinctions of Comenius's proposals for world governance in Panorthosia. 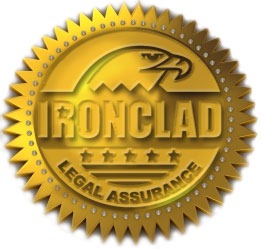 Anyone proposing a world government must give ironclad assurance that it would never degrade into tyranny. A tyrannical world government would be the ultimate nightmare, since there is no place of exile to which anyone can escape.

One attempt at reassurance comes from Canadian world federalist Jim Stark. In his "Rescue Plan for Planet Earth; Democratic World Government through a Global Referendum," Stark suggests that politicians elected to the world government be required to undergo an updated version of the panopticon prison that Jeremy Bentham suggested as a punishment for criminals. Instead of living in Bentham's glass walled jail, however, Stark would subject global leaders to 24 hour surveillance by security cameras wherever they go. This oversight, including bathroom and bedroom time, would feed into the Internet and make their entire lives freely available for the inspection of any viewer. This total loss of privacy, Stark argues, is small price to pay for the perks of high office, including fame, fortune and a place in the history books.

John Amos Comenius anticipates the need for guaranteed protections against tyranny. Although he wrote Panorthosia over a hundred years before Jeremy Bentham, he agrees that total transparency is the best protection against corrupt power, but his approach to transparency is subtler and more thorough. Rather than imposing outside intervention, which is invasive, unwanted and ultimately hypocritical, why not encourage all citizens to subject themselves to regular scrutiny? 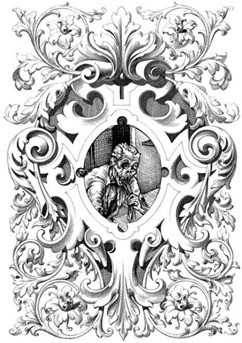 Comenius devotes an entire chapter of Panorthosia to the "hindrances to reform" and how to eliminate "stupidity, careless prejudice and obstinacy." He begins citing Seneca that, "It is mankind's most important attribute that we should not flock along the track of those who are ahead of us, going not in the right direction but where the going takes us." As Seneca implies, humans are both gregarious and solitary; we must put forth an effort, aided by solid expert advice in order to balance these opposite leanings, one to seek our own way to truth and two, to serve and participate in the "flock" or community around us.

Instead of steering a middle path between solitary independence and passive subservience to the group, the great human problem is that we ape the past. We shun the steering wheel completely and "refuse to adopt any changes which are offered;" we "reject them stubbornly, hating all changes and attempting to stifle them." (Panorthosia, Ch. 6, para 2, p. 99) In order to overcome this common prejudice against good sense, Comenius proposes a right to counselors balanced by a reciprocal (as opposed to legal) obligation to comply (RTC-ROC) to their advice.

This right and obligation encourages each and all in daily life to make regular, self-directed assessment, in accordance with Socrates dictum that "the unexamined life is not worth living." Comenius envisions this RTA-ROC as the universal form of a support system that, at great expense, has already been erected for those in prominent positions. The tribunes and magistrates just discussed are only two of an entire team of at least four advisors who help steer a person's behavior in the right direction. This coterie covers every area of expertise that persons in high office is likely to find necessary, including a spiritual counsellor, a lawyer, a philosopher and a doctor.

"Therefore every king, prince, consul, and even the individual citizen should have (1) his own preacher, as a guardian of his conscience, and a counsellor in the things which concern God, (2) his own lawyer as a supervisor in the things which concern man, (3) his own philosopher or sage to guide him in the business of life, and (4) his own doctor as guardian and director of his physical health." (Panorthosia, Ch. 24, para 1, pp. 110-111)

These consultants and the skills to use them cannot be left as an exclusive privilege of the elite. Everyone needs good advisors, not "yes men" but ones willing to act, like Socrates, as gadflies sometimes in order to assure integrity, that is, for removing weaknesses as well as bolstering personal strengths. This is at the heart of freedom and democracy, which, as we have seen, are the very cornerstone of thought and education, in Comenius's thinking. As the standard of virtue of individuals in ordinary homes is raised and universalized, so will that of the leaders who emerge from them and enter public life.

As we have seen, RTC-ROC imposes a primary burden on science, government, religion and civil society to offer full support to any changes a person deems necessary for happiness and well-being. When a person's means cannot cover costs, expert support and scrutiny is subsidized. This assures that access to sage advice will cease to be the exclusive privilege of aristocrats -- or their modern equivalents, CEO's, movie stars, athletes and other elites.

"Nevertheless great magnates (who have many heavy responsibilities) are allowed to have assistants who co-operate with them in drawing up their policies and putting them into action, as a safeguard against error and its ill-effects, just as our mind, which rules its own body like a queen, is provided with a guard of senses, such as sight, hearing, smell, taste, and touch." (Panorthosia, Ch. 24, p. 110)

The key to RTC-ROC is to subtly incorporate expert assessment into the planning process that directs the lifestyle of an autonomous, successful adult. Properly designed, the giving and taking of advice would soon seem as natural as breathing. A world government, therefore, should give, "consideration ... to the question of a private calendar which each individual can start for himself on an attached sheet of blank paper, as a record of past activities and future engagements." (Panorthosia, Ch. 25, para 10, p. 147-149) Today, of course, this planning can be much more sophisticated than a simple piece of paper. Expertise is already being incorporated into the "personal information management" (PIM) software that integrates individual activity with the world through the Internet. Future volumes of Cosmopolis Earth will deal with this question in more detail.

Once RTA-ROC is implemented, the panopticon solution of glass walls and surveillance cameras will seem less a cure to corruption than a cause and symptom. It would mean that there is no need for double standards or special rules for some and not others; no need to turn everyone into an idle and officious Peeping Tom monitoring security cameras or Internet videos depicting the every move of global leaders.

Instead, everyone is subject to scrutiny both by specially trained consultants and everyone offers advice as amateur, citizen volunteers. Because everyone gives and receives advice, there are no double standards. Anything less than that forces hypocrisy upon us all as we hold others up to higher standards than we do for ourselves. Hypocrisy on the part of the people is no more excusable than hypocrisy in an elite; indeed, one could argue that it is ethically worse.

With both rich and poor enjoying the best advisors and factotums as "safeguards against error," and "guards" to their perceptions, there is ironclad assurance against both errors of our own and peripheral damage from folly in those around us. This explains why Comenius objects in principle to scrutiny of those above by those below, which he compares to sending energy to the sun in hopes of making it brighter.

"It is essential that those who are appointed to rule over others should themselves be honest, wise, pious, brave, and vigilant, since nothing can rule unless it is right, nor enlighten unless it is full of light." (Panorthosia, Ch. 24, para 1, p. 110)

Pansophism selects for wisdom, and wisdom aims at the entirety of knowledge. In such a system, only highly advanced souls, ones both virtuous and expert, would be elected to office. To subject them to ogling by strangers, people who by definition are ignorant of their whole situation, would only spread the sort of insolence that worsens whatever corruption is already active. Better, Comenius argues, to concentrate upon whatever clears our perceptions and makes us true to our higher nature.

"Since human nature has been blinded by its corruption, my Universal Education discussed how it should be safeguarded from downfall by wise guidance, and all its senses kept open to everything..." (Comenius, Panorthosia II, Ch. 9, para 11, pp. 146-147)

At best, external overview affects conduct by threatening shaming or discovery of wrongdoing in future. This helps, but it is a weak effect that bolsters neither sincerity nor probity. 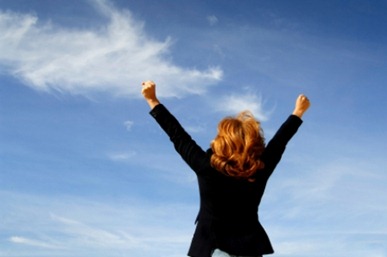 Worse, obligatory intrusion of leaders obstructs another goal of reform: reconciliation. In order to unite the world we all need to learn to show compassion and forgiveness to one another, not judgmental condemnation. People only change on their own initiative anyways, so the best way to make people better is to wait until they want to call in personal and then offer the best consultants available to work with them to rectify the shortcomings in their life. Such interventions are direct, ethical and focus exactly upon what needs to be improved in the here and now.

This responsiveness to the will of individuals does not mean, however, that RTA-ROC need be applied in a slapdash or random manner. It is still true that, generally speaking, the higher the responsibilities the more directed, standardized and dependable the counsellor and her advice have to be. This is necessary, if only in order to have full assurance against tyranny -- Aristotle defined "tyranny" as rule of the foolish and ignorant. Rules of pansophy would regulate where parliamentarians in a world parliament, or indeed any leaders, get their advice. These laws would ensure that the best teachers and experts are chosen as their aids, confidants and consultants. But these legal requirements are only the tip of a very large iceberg.

Through such legal provisions, essential questions would be taken on by the advisors themselves. Everything is not left to the whim of their clients. An entire cycle of instruction starts at the basic but crucial level the individual, then proceeds to parenthood and family membership, and so on up the organizational chart. As the potential effects of each decision maker's resolutions broadens, so do the assurances of good advice.

Posted by badijet@gmail.com at 7:19 AM