A Cure for Depressive Illness

"Perfection of work is man's greatest reward. When a man sees his work perfected and this perfection is the result of incessant labor and application he is the happiest man in the world. Work is the source of human happiness." (`Abdu'l-Baha, SW, Vol. 13, p. 152)

By popular request, I am beginning a series on the above quote, which has inspired me for decades. First, before getting into new material, I will repost some of what has already been featured on the Badi’ Blog, starting with this:

Revised and reposted, May 2012 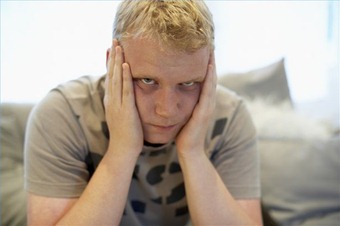 Back on the 20th of September, 2002 I wrote an essay called, "On the Parable of the Talents; Ethical Economics, Part IV" where I did a detailed analysis of the implications of the following reported statement by the Master:

"Perfection of work is man's greatest reward. When a man sees his work perfected and this perfection is the result of incessant labor and application he is the happiest man in the world. Work is the source of human happiness." (SW, Vol. 13, p. 152)

It turns out that scientists and medical experts have been making discoveries confirming this wisdom, according to the following report in a local newspaper.

"Want to be happier? Work longer hours," by Joanna Frketich

"You're in early. You stay late. The hours are piling up. Congratulations! Workaholics are less likely to suffer from depression. Statistics Canada reports that those working fewer than 30 hours a week suffered more depression than workers clocking more than 40 hours. Though nobody is quite sure why. Maybe because workaholics don't have time.

"People working 40 hours meet the norms and expectations of society and feel they're doing something useful said Vish Baba, professor of management at McMaster University.”If I'm, working less hours, my sense of self worth is threatened. I might feel the skills I have are not wanted.

"Others suggest it has more to do with being passionate enough about your work to put in the extra time. They have a strong sense of mission to their work:' said Peter Bieling, manager of the mood disorders program at St. Joseph's Healthcare. "It's work that matters to them. Then again, the answer could be simply that people suffering from depression can't work as many hours. "Someone who is healthy is more likely to work longer hours," said Heather Gilmour, analyst in the health statistics division of Statistics Canada." (Hamilton Spectator, A1, 13 Jan, 2007)

Now if only you'd let me work on my book, instead of hassling me to do other things I really don't want to do.

This is the equivalent of saying "snap out of it" and insulting to those of us who suffer from depression. If baha'is believe in science then they should know that clinical depression is a PHYSICAL illness. Work is not going to make it magically disappear. And speaking from experience, most of the jobs I've had have only exacerbated my depression. Articles like this help to perpetuate the stigma of mental illness.

"If baha'is believe in science then they should know that clinical depression is a PHYSICAL illness."

There is a physical, spiritual, social and mental element to any illness. All approaches can be effective. For example, a walk in the woods is known to help, as does prayer.

"Articles like this help to perpetuate the stigma of mental illness."

Yes, what a depressing thought that you might be able do something about your illness. You might feel responsible for your own life. Will power helps other conditions, but not that one.

What an insult to say "snap out of it."

Read Seligman's Learned Optimism. He showed in the 1960's that the main cause of most depressive illnesses is what he calls "learned helplessness." You learn to think depressing thoughts, you learn to be depressed by the thought of a cure, and you learn there is nothing to be done. In religious language, this is sin, naked ego.

First we must search for cause of depression. Then start curing it on some successful way, some depression relief.