Last month I finished reading a rather disappointing book about the influence of the sun on history. It is called the "petulant sun hypothesis," or something, the idea that sunspots and solar flares have influenced climate and just about every other aspect of our world more than we tend to think.

Its author describes himself as a futurist. Instead of paying his dues by researching this promising thesis thoroughly, though, he relies on his sense of humour to get him through some three hundred pages of fluff. The jokes I found distracting and less than amusing. This is not the only futurist who disappointed me. If, as Bacon put it, some books are to be tasted and some digested, futurists, at least those I have read, are windblown foam that I would not put in my mouth.

Yet the subject itself is so important and fascinating!

The talent pool for futurists seems to be the dubious demimonde of fads and punditry. Instead, I think the ideal place for a futurist to start when exploring the future is in philosophy and the history of ideas. Here, are those ideas most likely to last into the future. Here, you become familiar with those that have been discredited so you can recognize them when they crop up again in disguise. And, not least important, you can give credit where credit is due when an old, profound truth raises its head. It is in this spirit that I wrote the following about the real Pythagorean theorem.

The Real Pythagorean Proof; Pythagoras and our Object as Humans 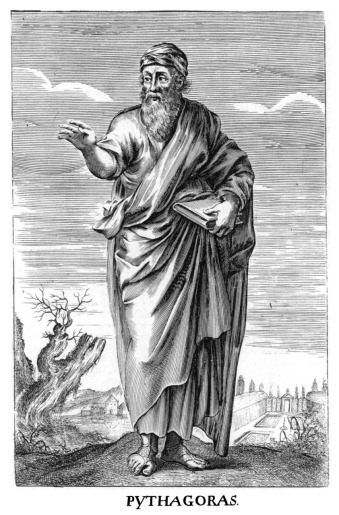 It is now established that the proof of Pythagoras was known by the Babylonians many centuries before his birth; indeed, they understood the theorem much better. We should therefore call that right angled triangle relation, which some say is the most important theorem in mathematics, the "Babylonian Proof" instead of the Pythagorean. Nonetheless, there remains a Pythagorean proof that should be far better known as such than it is. Arguably, it is even more important that the mathematical contribution of Pythagoras and his followers.

What is our goal as human beings? Pythagoras of Samos (about 570-495 BCE), travelled the known world, from Europe to Asia, from Egypt to India and back, in search of an answer, and his discovery still stands today. He found that our object, our raison d'etre as human beings, is knowledge. Not only that, he found that knowledge has three aspects, just as triangles have three sides, or our world has three dimensions. These are knowledge of self, of the universe and of God. Once we grasp these, truth will empower and set us free, in and of itself. Pythagoras has been credited with this statement:

"Man, know thyself; then thou shalt know the Universe and God... No one is free who has not obtained the empire of himself. No man is free who cannot command himself." (Pythagoras <http://www.experiencefestival.com/pythagoras_quotes>)

This unites theory and action, East and West, and all that we now call science, religion and politics. It is still repeated by pundits of all stripes, hundreds of centuries afterwards. The same advice, "Know Thyself," was posted above the Oracle of Delphi. In Shakespeare's Hamlet, a father repeats it to his departing son,

"This above all: to thine ownself be true,

And it must follow, as the night the day,

Thou canst not then be false to any man."(Shakespeare, Hamlet, Act I, Sc. 3)

Ideally, everyone would succeed in this sublime quest to know oneself comprehensively, to rule over oneself with perfect love, justice and wisdom. If we could, we would know and grow smoothly, all the time. Like his right angled triangle, we would grasp the hidden unknowns and progress steadily through each stage of our development, from early youth to old age. We would not need laws, rules or outside compulsion. It would be a libertarian paradise.

Unfortunately, life is imperfect. Self-knowledge tends to fail. Much as we would like it to be, the right angle is not always exactly 90 degrees. We misunderstand. We forget. We change, the environment changes and society grows. The universe is expanding. Knowledge itself is incomplete, by its very nature. We lose hold of our freedom. Rule over self lapses. To adapt, we must be tentative, and continually upgrade what we know, even of one's self.

Pythagoras recognized this when he coined the word "philosopher" to take the place of the much older "elder" or "wise man."

"Pythagoras is said to have been the first to assume the title of Philosopher (lover of wisdom) in place of the name Sophos (wise), by which the sages had before been known." <http://www.nndb.com/people/773/000087512/>

Wise men think they own wisdom, an impossible expectation in this growing, expanding universe. All that imperfect beings dare aspire to is to be seekers after wisdom, to adore wisdom but never possess her. At our best, we are lovers who revere knowledge, and humbly court wisdom. A philosopher does not presume to be wise already. He is tolerant, tentative and evolutionary. Such is the station of a philosopher.

Pythagoras was among the first to notice that this station points in three direction, like a right angled triangle. There is not, and cannot be, only one path to truth. There are three ways of knowing and growing because knowledge starts with knowing the self, then it proceeds to the universe and to God. We have three main motives or reasons for being, which he illustrated by the three types of people who turn up at a sporting event. 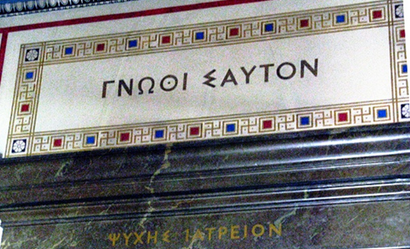 Posted by badijet@gmail.com at 1:46 PM