I wrote the following almost exactly a year ago today. It got buried in my notes and only turned up just now. For what it is worth, I am posting it on the Badi' Blog.

For several years I have been animating discussions about philosophy and many other topics at Wainfleet Library's "Philosopher's Cafe." Anybody can drop into the library's meeting room at 6:30 on the second Thursday of the month and talk about whatever is on their mind. At these meetings I have met people of diverse interests and backgrounds. 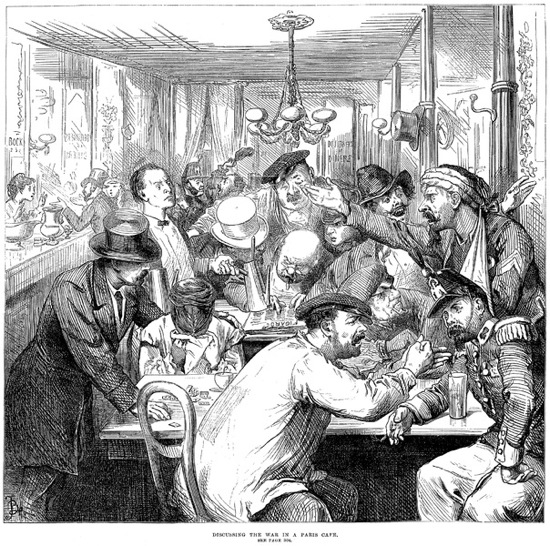 If I had to name a topic that interests everyone, it would have to be nature, the environment and the future of the human race. No matter what issue we start out with, sooner or later we end up examining that in detail. I have found that no matter what our preconceptions, opinions and desires, deep down this is what we all want. We long to live a happy, meaningful life. We want a future of prosperity, not only for ourselves but for our children and grandchildren. The only question is, how? I believe that philosophy, dialectic and clear reasoning can help answer that question.

Another thing I have learned from these monthly encounters is how powerful commercialism, particularly television advertising, is in shaping not only our opinions but our belief that we have the power to improve things. No matter what people think about themselves and the world, there stands an eminence grise behind the thought. All bow down before this thought, following them around like a black cloud.

"What does it matter what I think or how persuasive I may be, it does not matter. It is the advertisers who, at the cost of millions of dollars, are the ones who are forming public opinion. We are all penniless bystanders in the not-so-free market of opinion."

Obesity is a major indicator of how mighty these powers are. An HBO documentary called "The Weight of a Nation" points this out graphically. They have a video feed of the series freely available on their web site, even in Canada. Their thesis is that the very survival of America is threatened by an epidemic of fat. For example, if the world's most powerful nation were faced with another crisis like World War II, they could not mobilize because two thirds of their citizens are too obese to qualify to enter the military. Canadians are not quite that obese, but we are catching up fast.

The second episode of "Weight of a Nation" talks about the sadly simple measures that we can all do to lose our "killer fat," and how to keep it off. As someone not untouched by this problem, I must say that I learned quite a bit.

But even if we reduce our weight as individuals, the question remains, what can the words and opinions of any individual do in the face of the flood of money, billions of dollars, being spent to promote the downing of cheap, fattening food? It is true that advertisers respond quickly when the public knows what it wants and asserts itself firmly. But in order to know what we want, we have to think about the situation and discuss it with others. That is one of the functions of philosophy and the philosopher's cafe. Come out in September and talk all this over with others in a welcoming atmosphere.