An Interview with Lou Jones of Lou Jones Auto Service

Lou Jones comes from England, which is renowned for excellent training in many fields, especially the manual trades. In fact, he comes from the Detroit of the UK, Birmingham. In his youth there were several automobile factories in the Birmingham area, and even today the Jaguar plant remains. Lou trained as a mechanic there, and came to Canada in the early 1980's to help out at a garage in Hamilton as a specialist in foreign cars. Eventually, he set out on his own, starting Lou Jones Auto Service on Cedar Street in Dunnville some 21 years ago. Even today Lou is busy all summer with sports cars from all over Ontario -- most of these vehicles are stored indoors over the winter. The rest of the year, his customers are from closer to home. They own all types of vehicle, domestic as well as exotic. In recent years, Lou has been joined by his daughter Clair, who works as an office clerk and shop assistant, as well as his grandson Alee, who is a mechanic's apprentice. 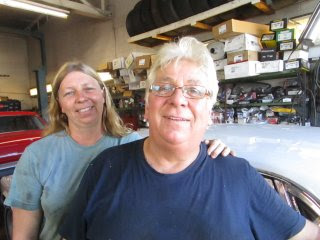 Full disclosure: Lou Jones has been my mechanic for many years, and he did work for my father before me. I recommend him openly in all my Facebook Buy and Sell groups when people ask who is a good mechanic around here.

The Free Press had several questions for Lou. One was about the "for sale" sign on the site of Lou Jones Auto Service. Are they planning to move? No, it is just that the lot is half owned by another party who wants to sell his share of the land. Lou Jones is there for good. 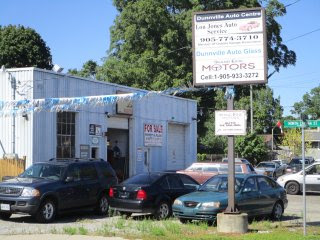 What about the advice we all hear to have an oil change and a mechanic check out your car at least twice a year. Is that still valid? It depends on the vehicle. Check your owner's manual. Some newer cars using synthetic oils only need an oil change every 70,000 kilometres. Of course, it is always good insurance to have your car checked over a couple of times a year, no matter what. He showed me the Snap-On wireless diagnostics tablet that mechanics use to analyze the problems in modern vehicles. On the first of July new government regulations for safety came in with the object of getting the old clunkers off the road. No longer are dark tinted windows acceptable or corrosion in critical areas of the body. 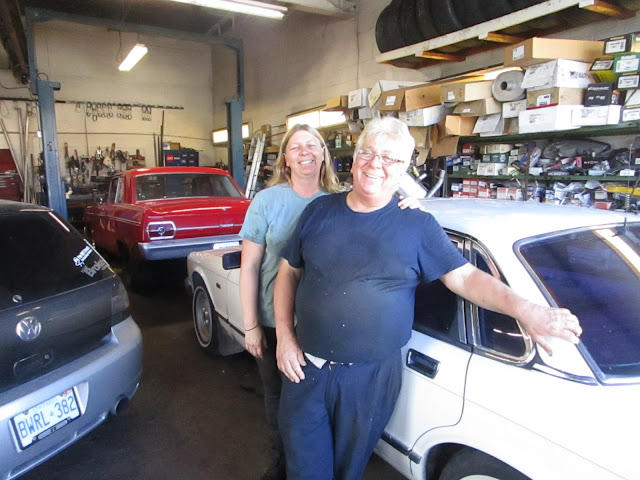 I asked Lou about a strategy I have worked out for saving money on purchasing and running a car. I go through Consumer Reports and the Lemon-Aid books for the best model of ten year old cars, and buy that on Kijiji. It is bound to last another ten years. He agreed that getting an old one and "running it into the ground" is an economical strategy. A friend of mine is thinking of buying a Cooper Mini and I asked Lou's advice about them. It is a "very fast car," and he likes it. We also talked about the Jaguar. Ford purchased the company a couple of decades ago, and almost ruined it. Fortunately the Indian company Tata bought Jaguar-Land Rover out, and now the newer Jaguars are modernized and as well made as they were in our youth. Lou just bought a car himself from Haldimand Motors in Cayuga, which has off lease cars that are very acceptable. Korean concerns like Hyundai and Kia are, he thinks, the best automobile manufacturers these days. 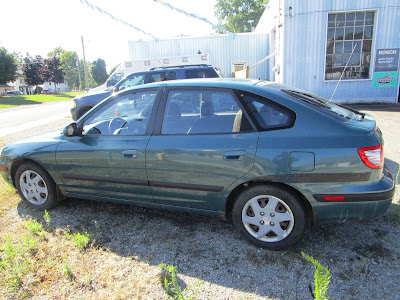 Lou is about to sell this Hyundai Elantra for 1200 dollars, certified. It will be ready in a couple of days. First come, first served.