Selections from the biography of Sir William Ostler, father of modern medicine

William Ostler, A Life in Medicine 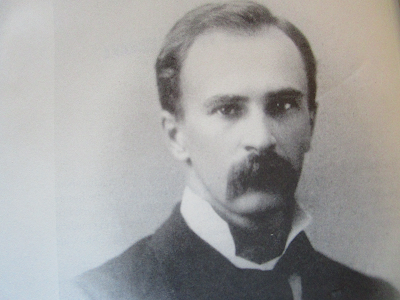 Sir William Ostler was, some say, the greatest doctor ever. He was one of the three or four founders of modern medicine. I read his biography because he used to live near us, in Dundas, ON. Here are some of the best parts.

Reference:
William Ostler, A Life in Medicine, University of Toronto Press, Toronto, 1999
https://badiblog.blogspot.com/search?q=ostler&zx=5fd7f9b5a581d43fhttps://utorontopress.com/ca/william-osler-2Here are the three essays I wrote about this biography when I read it in 2006.Saturday, July 29, 2006Metademocracy; This is Not a CauseJohn Taylor; 2006 July 29https://badiblog.blogspot.com/2006/07/metademocracy.html

re Ostler's father:
"I am reading a fat biography of William Ostler right now, by most accounts the greatest physician in history. It is so long a book that I have not even got to his life yet, just his father's, who had an interesting life too. As an Anglican clergyman, it is startling to read how the elder Ostler also promoted massive memorization of scripture among the backwoodsmen of Canada's frontier in the 1840's and 50's -- amusingly, the place now swallowed by Toronto's sprawl, Newmarket, south of Barrie. Ostler had plowmen turning away from driving their teams and spinsters from their spinning to study selected passages from the Bible for memorization. Ostler handed out large numbers of scriptural knowledge prizes at the Church's annual picnic. His own saintly character rubbed off on his son -- curing people seems to be as much a spiritual as a scientific talent. Though not trained as a doctor he saved enough lives by observation and common sense that it became the practice among his parishioners to come to him before following doctor's orders."Sunday, August 13, 2006Ostler, Skulls and AutopsyJohn Taylor; 2006 August 13https://badiblog.blogspot.com/2006/08/ostler-skulls-and-autopsy.html?zx=f377b040e7b57f39Tuesday, September 26, 2006Superbrain; Curing and Teaching Around the Round TableJohn Taylor; 2006 September 26https://badiblog.blogspot.com/2006/09/superbrain.html 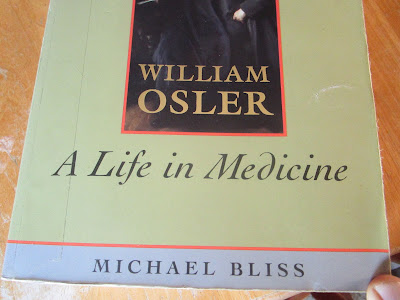