Good news, the Sufis and my kitab-i-hearsay

When you get to my age, the size of "kitab-i-hearsay" swells out of all proportion. Recently I reached into this book and found myself saying, "Abdu'l-Baha said that Sufism almost destroyed Islam, but Jalalu-Din Rumi, a minor prophet, saved it from totally losing its moorings." Somebody challenged me on that, asking where I got that bit of hearsay, so I had to go back into the actual Writings and find out where I got that idea. Here is the best answer I can give right now. 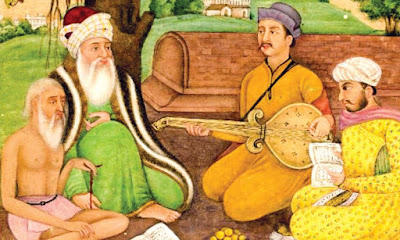 I seem to have got this impression from an early translation of the Glad Tidings of Baha'u'llah, which says,

"Every sect has followed a way and held fast to a rope; notwithstanding their blindness and ignorance they account themselves as endowed with judgment and perception. Among them are the mystics (Sufis) of the Islam religion. By the life of God, this lowers man's station and increases pride. Man must show forth fruit. A fruitless man, in the words of His Holiness the Spirit (Christ), is like unto a fruitless tree, and a fruitless tree is fit only for the fire. Those souls (Sufis) have affirmed ideas concerning the stages of "Divine Unity" which are the greatest cause of addicting people to idleness and superstition." (Baha'i Scriptures, Section 101, p. 145, https://bahai-library.com/compilations/bahai.scriptures/3.html#GladTidings)

The latest, official translation of this passage somehow seems to partly disappear this rather severe assessment of Sufism.

"In brief, dissensions among various sects have opened the way to weakness. Each sect hath picked out a way for itself and is clinging to a certain cord. Despite manifest blindness and ignorance they pride themselves on their insight and knowledge. Among them are mystics who bear allegiance to the Faith of Islám, some of whom indulge in that which leadeth to idleness and seclusion. I swear by God! It lowereth man’s station and maketh him swell with pride. Man must bring forth fruit. One who yieldeth no fruit is, in the words of the Spirit, like unto a fruitless tree, and a fruitless tree is fit but for the fire." (https://reference.bahai.org/en/t/b/TB/tb-7.html)

In the following paragraph of this official translation, Baha'u'llah clarifies just what it is that He objects to in Sufism, or mysticism, if you prefer.

"That which the aforesaid persons have mentioned concerning the stations of Divine Unity will conduce in no small measure to idleness and vain imaginings. These mortal men have evidently set aside the differences of station and have come to regard themselves as God, while God is immeasurably exalted above all things. Every created being however revealeth His signs which are but emanations from Him and not His Own Self. All these signs are reflected and can be seen in the book of existence, and the scrolls that depict the shape and pattern of the universe are indeed a most great book. Therein every man 61 of insight can perceive that which would lead to the Straight Path and would enable him to attain the Great Announcement. Consider the rays of the sun whose light hath encompassed the world. The rays emanate from the sun and reveal its nature, but are not the sun itself. Whatsoever can be discerned on earth amply demonstrateth the power of God, His knowledge and the outpourings of His bounty, while He Himself is immeasurably exalted above all creatures."

In other words, they have taken the unity of God, monotheism, the whole message of Islam, and reduced it to a single entity called the unity of existence. Existence is one thing, like, say, the electro-magnetic spectrum. God is at one end of the spectrum and humans, indeed ants and microbes, are at other points all along the same plane of being. This removes the transcendence of God and pretty much, as kitab-i-hearsay had assured me, destroys Islam as a religion. A philosophy may hold that all existence is one thing, a religion worships a transcendent Being permanently beyond our ken.

Facebook postscript: "Did Sufism kill Islam? Did Rumi save it? That idea is in the Writings, I think. Here, on my Badi Blog, I discuss how I came to that tentative opinion lately. Another idea I ran across lately is that Baha'u'llah, chronologically, first addressed the mystics (or Sufis), then the Mullahs, then the kings, then the world, in His Writings. In that case, the passage in question, being in the Glad Tidings, a late Tablet, would be a partial renunciation of certain assumptions in the earlier work addressed to the mystics.