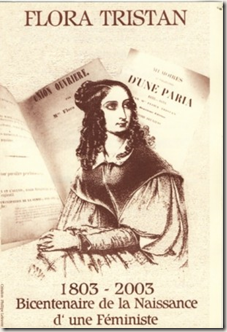 Some of the most insightful thinkers about citizens as local planners have been women. Among them are Jane Jacobs and, much earlier, Flora Tristan (1804-1844). In 1843 Tristan launched an early initiative to persuade the impoverished workers of France to come together in their own interest. Flora Tristan was part of a movement among writers called "Christian humanitarianism," and was influenced by Utopian socialists and the emerging idea of scientific socialism. She got the idea that she was destined for a personal mission on behalf of workers when in England, on a visit to Bedlam, the insane asylum. Here she met a French inmate who proclaimed that she [Tristan] had been sent by God on a special mission. Tristan was persuaded that she was a "modern female savior committed to rescuing the working poor from their intolerable circumstances." At least five years before Marx and Engels wrote their Communist Manifesto, she set out to liberate the workers of the world. 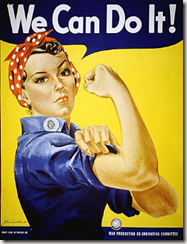 Long before there was welfare state, Tristan suggested that workers set up their own self-governing co-operatives, which she called "communities of human unity." An early feminist, Flora Tristan also hoped that these communities would advance the lot of women if they set down legal provisions to allow them to enter their schools and trades as equals of working men. At the same time, in the face of objections from men, she urged the males to emancipate themselves from their traditional thraldom to the bottle.

Tristan had noticed that the poverty and iniquity suffered by workers was wrapped up in an extreme imbalance between the sexes. Uneducated women became sullen baby-making machines, while their husbands fled for solace to the local tavern.

Disproportion gave rise to an either/or mentality and widened the artificial gap between worker and owner. Tristan did not see this as inevitable. She dreamed of human progress based upon economic cooperation, male temperance and conscious advancement of the lot of women.

In her 1843 manifesto, "The Worker's Union," Tristan pointed out that the 1789 French Revolution, although it pretended to uphold universal human rights, really was a revolt of the business class (the bourgeoisie) defending their own interests against kings and aristocrats. While they had pretensions to universality, in practice they utterly ignored the rights of women and the welfare of the working class, the better to exploit the degradation of both. A union of workers, she hoped, would refuse to imitate such precedents.

Once organized, workers in every locality (department) of France should found institutions to take care of their own, the old, disabled, sick and vulnerable.

"I come to you to propose a general union among working men and women, regardless of trade, who reside in the same region -- a union which would have as its goal the CONSOLIDATION OF THE WORKING CLASS and the construction of several establishments (Workers' Union palaces), distributed evenly throughout France. Children of both sexes six to eighteen would be raised there; and sick or disabled workers as well as the elderly would be admitted. Listen to the numbers and you will have an idea of what can be done with the union." (Flora Tristan, The Worker's Union, Translated by Beverly Livingston, University of Illinois Press, Urbana, 1983, pp. 38-39)

The union of workers would express the solidarity of workers, who now were engaged in fights among the trades. Meanwhile the buildings, which she called workers' palaces, in which the union is housed, would have symbolic as well as functional value. Just as kings and magnates build palaces as public statements, as gilded showpieces of prestige, wealth and power, so should the Worker's Union. 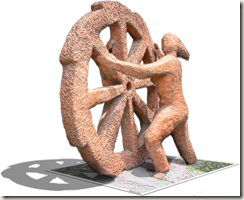 Work has great dignity since it is the source of the power of which the elite boast. So why should not the proletariat build palaces too? The palaces of the workers can be visible declarations in every locality of the fact that workers are what she called the "most numerous and useful class." Unlike their antecedents, Tristan had faith that since their interests are identical, the leadership of a workers union would be congenial to the equality of women.

"Workers, perhaps in three or four years you will have your first palace, ready to admit six hundred old persons and six hundred children. Well! Proclaim through your statutes, which will become your charter, the rights of women for equality. Let it be written in your charter that an equal number of girls and boys will be admitted to the Workers' Union palace to receive intellectual and vocational training." (The Workers' Union, p. 88)

In the workplace, in the workers' palaces and their subsidiary institutions, the rules should "recognize, in principle, the legal equality of men and women as being the only means of constituting the unity of humanity." She had this faith because in her travels Tristan had observed that cooperative institutions like Robert Owen's New Lanark tended to be structurally more open to the social skills and inclinations of girls and women. Small, local co-ops tend to be friendlier to the concerns of women. They allow for greater equality than the hierarchical structure of larger institutions.

Flora Tristan thought that it was important that worker's palaces be largely -- but not exclusively -- supported by the workers' own money. Government should neither regulate or fund them. She set about the daunting task of persuading workers to pass the hat among themselves in order to build the first palace on their own. Once it is built, they should agree permanently to deduct a portion of their admittedly meagre wages to maintain its social service institutions. She calculated that a small portion of their wages, if all workers were involved, could easily keep the palace's school, the orphanage and old age home going.

In addition, workers should form reader's circles, raising their consciousness by discussing reports of the lot of workers around the world, and sharing the expense of the books they read by pooling money among themselves. Once their children are being educated as well, they could seek out representation in the highest circles of power. Here her proposal resembles in some ways that put forward much earlier by John Amos Comenius. In a nine bullet point summary of the proposals in Worker's Union, Tristan put as number two:

Once workers had a toehold on power, their representative could assert the right to work for adults, the right to education for children and the right of women for equality of opportunity. In order to address the workers' lack of ownership -- in comparison to the business class and the nobility -- this representative would seek official recognition of workers' hands as "property." This is how she reasoned it out:

Every right derives from the right to life. Although established before, the right to life had not, unfortunately, been guaranteed in France's 1830 Charter. It was crucial to re-introduce it, and its consequence, the right to work. Workers were so destitute that the loss of a job was effectively a death sentence, so the two, life and work, had to go together. Their own two hands were all that most workers possessed. This ownership, this ability to work, was the cornerstone of all property rights. In this sense, the right to work gives workers ownership of the means of production too. Therefore, she reasoned, workers have another fundamental right, the right to organize themselves. 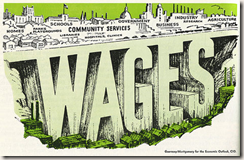 Since workers were by far the majority of the population, democracy alone is enough for their rights to prevail. No need for struggle or conflict, just by making their rights known by a single representative, workers should prevail. All workers need, therefore, is to advance the democratic process --although, strangely, Tristan saw nothing wrong with the union openly purchasing votes! Nonetheless, her faith in democracy was such that she made the following statement, which I think every elector should read over before casting a ballot.

"Let us adopt a humanitarian point of view, and since we are looking for men of love and intelligence, let us not consider their religious and political opinions." (Flora Tristan, The Worker's Union, Translated by Beverly Livingston, University of Illinois Press, Urbana, 1983, p. 59)

Once there is democracy in politics, there soon would be democracy in the workplace. This would further lead to economic equity. Gradually the tendency to concentrate money into the hands of a few will reverse itself and wealth will flow the other way, into the hands of the many. Hence her belief that the use of their hands is all that workers need.

Next time, let us look at the provenance and the fate of Tristan's plan.

Posted by badijet@gmail.com at 3:26 PM