p19 Beyond the veils 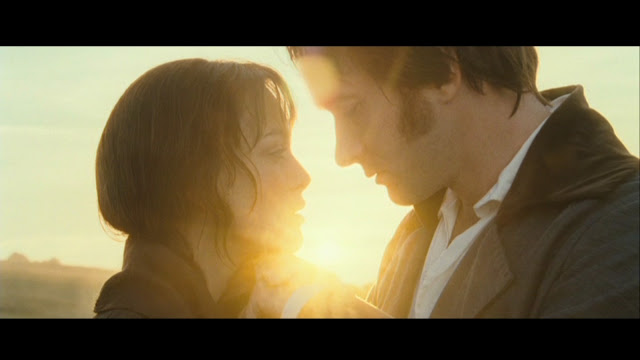 For the past week I've been slowly reading through the the Maximes of La Rochefoucauld, which cut through the pretence that we think is our virtue like a cold shower on a cold winter's morning. Here is an example,

"We sometimes think we hate flattery, but what we hate is merely the way it is done." (Francois de La Rochefoucauld, Maximes)

These are powerful witticisms that, if you are not careful, will make you suspect your every virtuous thought to be nothing more than vanity hiding behind a veil of vain illusions behind yet more veils of delusions and self indulgence. Behind the veil, the heart shrivels and dies.

At the same time, over the same week, I coincidentally watched two movies starring the British actress Kiera Knightly. The first, Official Secrets, was based on a true story about a young woman working for British intelligence who breached the Official Secrets Act in order to expose the illegal actions, initiated by US President Bush, that manufactured the excuse for the invasion of Iraq. US President Bush had asked the Brits to back up his war-provoking lie about Saddam Hussein's non-existent nuclear munitions. Everyone in her MI6 office got the memo and realised right away the injustice of blackmailing other members of the UN security council to agree to backing up America's aggression, but they were bound by their contract to keep the skulduggery secret. She broke the law and leaked the news to a boot-licking press, who reluctantly printed it. Fortunately for her, though, in order to prosecute her, the British government would have had to admit to complicity in that war crime, so the crown dropped the charges, eventually.

I firmly believe that one day official secrets and confidentiality agreements will themselves be illegal, for the same reason that selling yourself into slavery is now outlawed. In Ancient Athens, that law against selling yourself into slavery, by the way, was the main reform of Solon, one of the founders of what we now call democracy. Democracy could never have come into existence as long as the freedom of citizens was up for sale. In the same way, our free speech is a right that people died for, and it cannot be compromised by any contract, voluntary or not. Free speech is the foundation of the rule of law, which in turn is a pillar of justice.

The second Kiera Knightly movie I saw was an earlier role in her career, as Elizabeth Bennet in Pride and Prejudice, a movie that I had seen long before but we watched it again for the benefit of our guest, Kornelius. Conditioned by the previous Knightly movie, I saw for the first time why Jane Austin's masterpiece has the unique potency that it does. How rare it is that a rich man can thread the needle while riding the camel of power and influence! But Mr. Darcy does so in the story, and at the same time -- for love of her -- saves Elizabeth's two sisters from becoming fallen or jilted women. He does not have a high bar, admittedly, his main ideal and virtue being his loyalty to his friends. However, I accept that even that feat is rarely achieved by members of the ownership class, a group once laughingly called the "nobility" but who now are known by the more clinical, statistical nomenclature of "the one percent."

Pride and Prejudice is the story of a man with all the power and money who wins the heroine by going a little out of his way to establish justice for her and her sisters. How can love not follow from that? In the BBC mini-series, Elizabeth rather baldly admits that it was her walk through Mr. Darcy's vast, sumptuous estate that changed her heart towards him, but not in the Kiera Knightly version. I guess what I am trying to get at is that the story behind Pride and Prejudice has such an extraordinary effect, even after centuries, because it touches upon the junction between love and justice. Just acts, pure acts of equity and fairness, rare as they are -- at least among the privileged -- are what create love and make this life in this miserable world tolerable.

I believe it was in the first, or almost the first, talk of Abdu'l-Baha in England, where he paraphrases the second Arabic Hidden Word, saying that God loves justice more than anything in all the world. That has heavy implications. Whereas the God of the Gospel of John was love, the God of Baha'u'llah is love, yes, but love of justice above all. Austin's Pride and Prejudice is such a beloved fairy tale romance because it describes how sharp the sword of equity is in cutting through the many layers of amour propre, self flattery, vanity and pride that shut out the heart from pure deeds, justice and love.
Posted by badijet@gmail.com at 6:16 AM No comments: