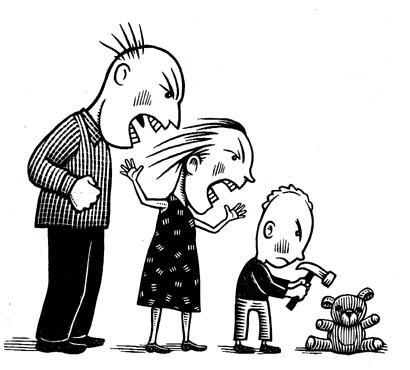 Posted by badijet@gmail.com at 11:20 AM No comments:

Jonathan Haidt: Religion, evolution, and the ecstasy of self-transcendence 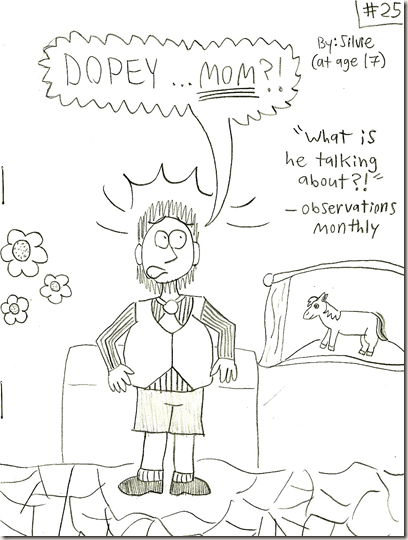 Mom returned to school in January, and the changes are showing up in 17 year old Silvie's satirical series, Dopey Dad. I may have lost the title role, but not the role of the heavy. No use for the heavy to point out that linoleum is a hard substance that is laid on floors, not a liquid. I must say that until I had a teenaged daughter, I had no idea into what depths of uncoolness a human being can sink. But here I am, sunk. 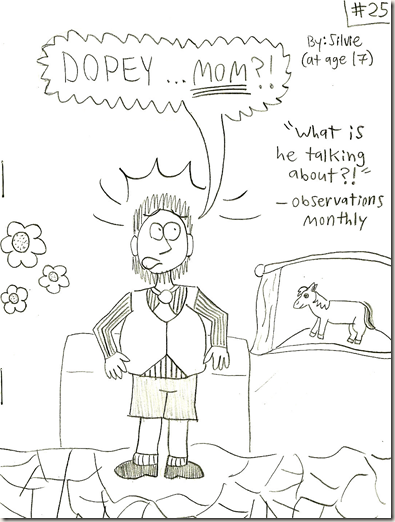 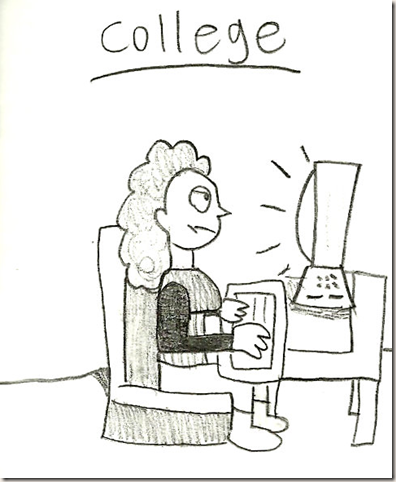 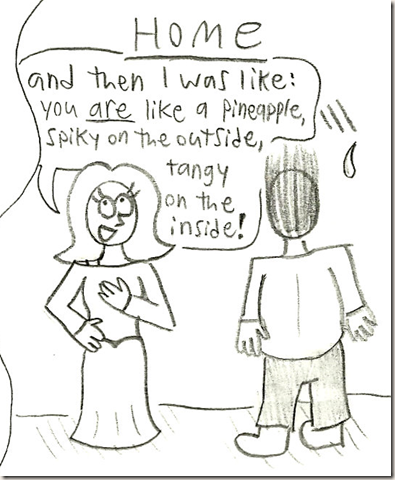 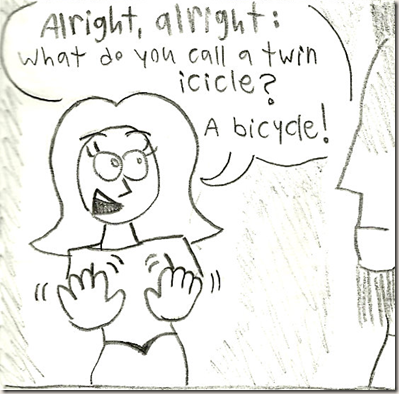 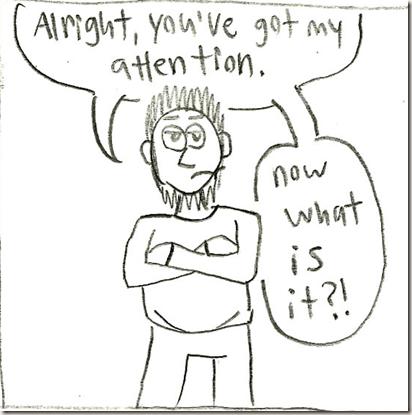 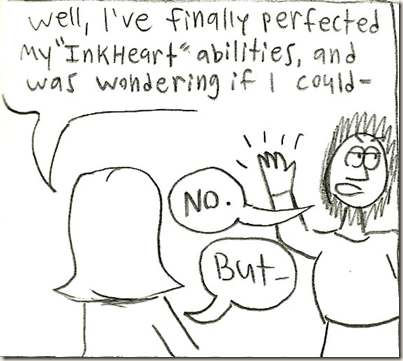 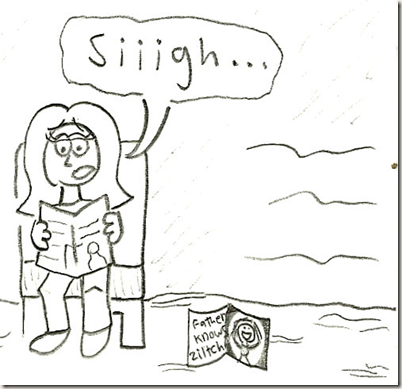 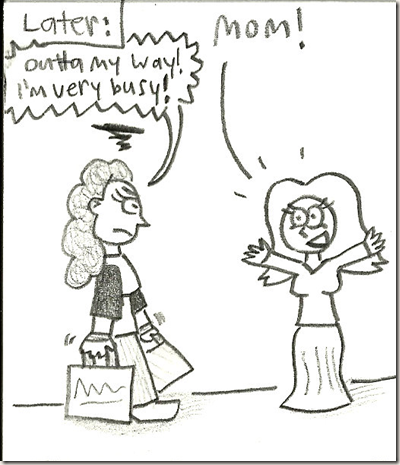 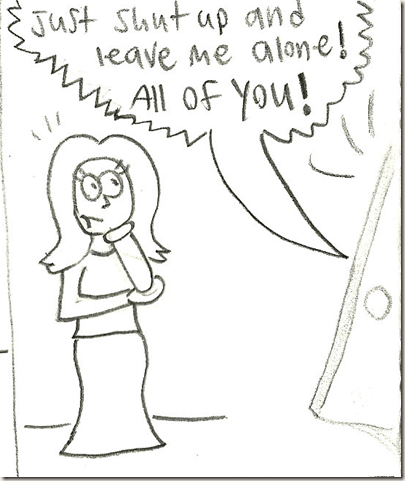 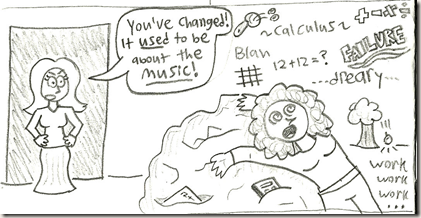 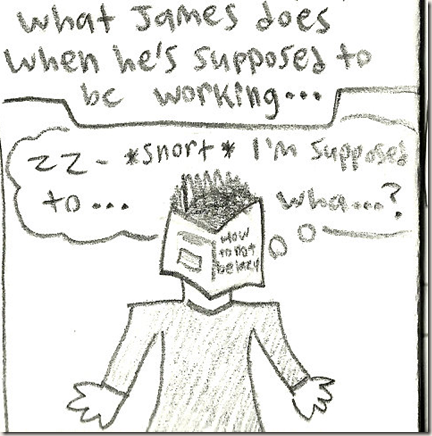 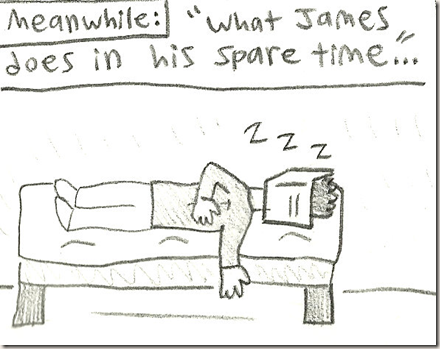 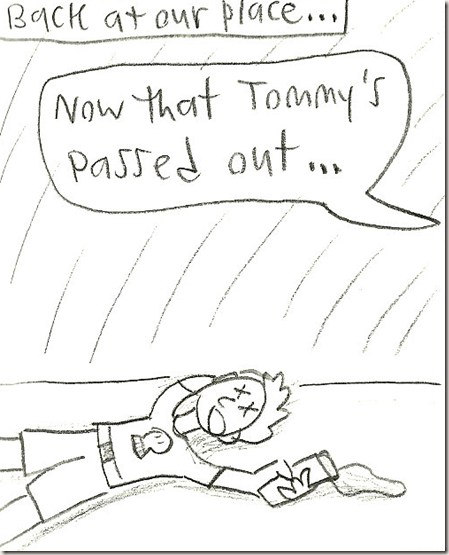 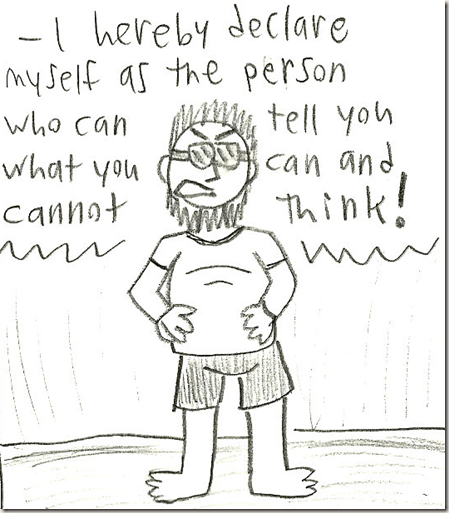 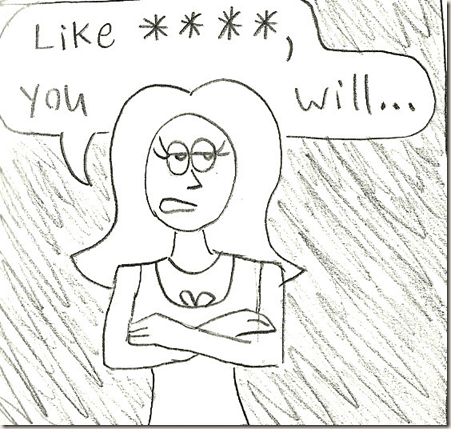 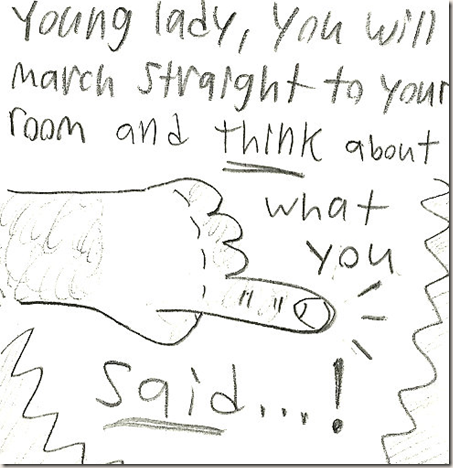 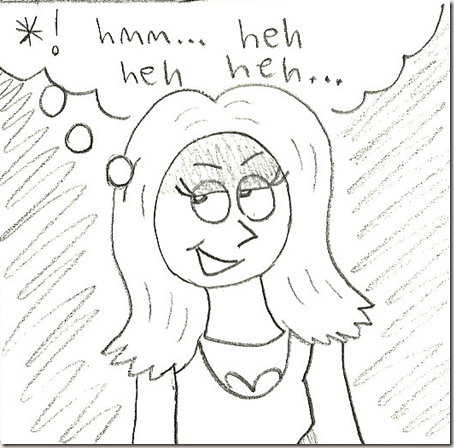 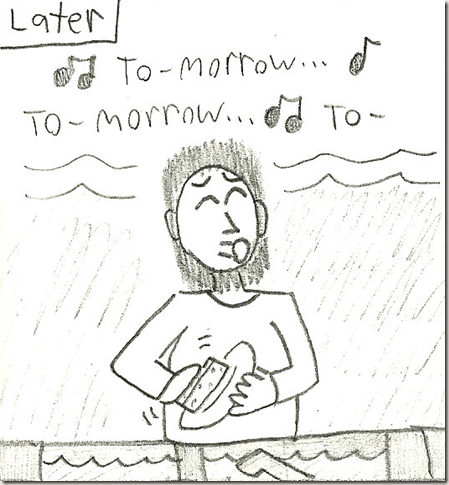 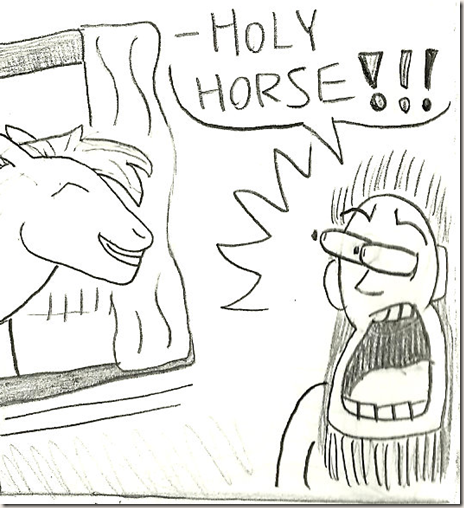 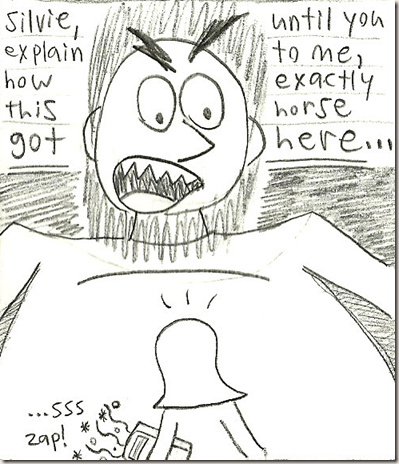 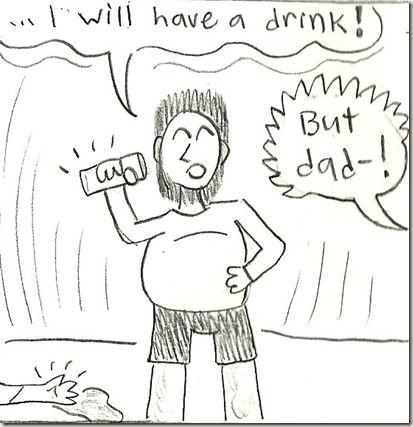 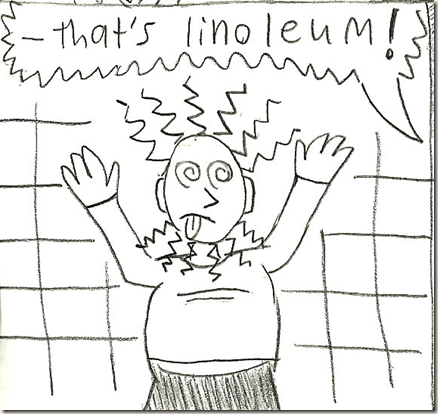 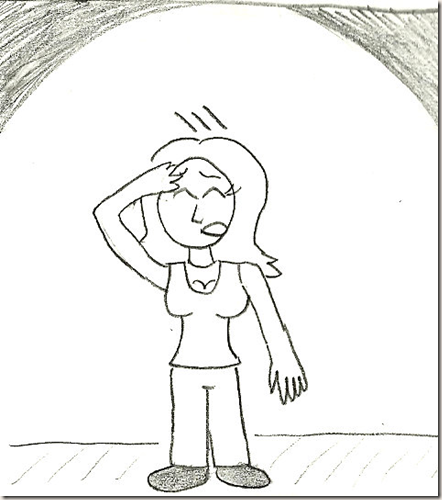 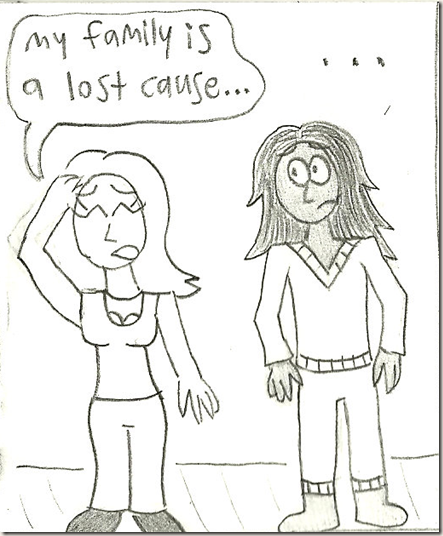 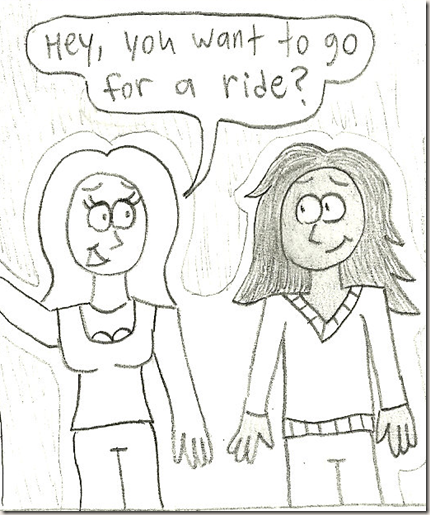 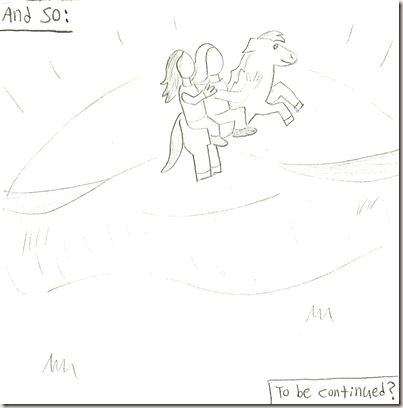 Why Canadians do not move north

A Passage from Grey Owl's "The Men of the Last Frontier."

At the Wainfleet Library a few months ago, Tommy and I saw a report by an explorer and local boy. He just got back from exploring for the first time a river that runs into James Bay. In his canoe, alone, he floated by a polar bear. I was inspired by this presentation to buy and read his book about his first expedition to northern Ontario that he made as a teen. Most of this province in the north is a huge swamp, second only to the Amazon as an unexplored vastness. He tells of how he was inspired by the books of Grey Owl, one of the first environmentalist writers.

I happened to have Grey Owl's first book, "The Men of the Last Frontier," in my library, and this prompted me to read it. Here is a passage from that book explaining why this bush country is so tough, why it has never been colonized. If you ever wondered why Canadians hug our Southern Border, or why we do not have large cities in the far north as do the Russians, here is as good an explanation as any I have seen. Needless to say, this author is speaking from direct, personal experience living in this terrible (for humans) wasteland. 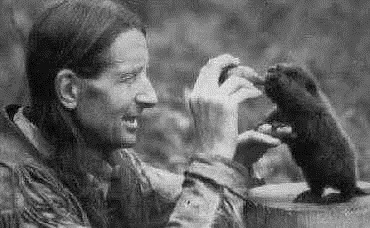 Chapter Two; The Land of Shadows

In the fastness of this rapidly fading frontier, the last on this continent, reigns the Spirit of the North Land. … Through them the invader must pick his way with the delicacy and assurance of one who walks barefoot amongst naked knives. Some of his weapons are merely annoyances, irritating but bearable; others are harassing to the point of obsession, wearing out the body and mind, and lessening the resisting power of a man; others, yet, bring swift death, or the long slow agonies of those who would die but cannot.

A stiff, wiry growth of sage brush, knee-deep and tangled, cumbers the ground over large areas. Mosquitoes, black flies, moose flies, and sand flies in relentless swarms make the forest almost uninhabitable for three months of the four of which the summer consists. The immense inland seas, shallow and exposed, are frequently whipped to fury on short notice, or none at all, by terrific storms, which, gathering force over the height of land, lash these northern latitudes with unbelievable fury. Forest fires, irresistible, all-devouring, sweep at times through the close-set resinous timber at railroad speed, leaving in their wake a devastation of bare hills and smoking stumps; desperate indeed is the plight of the voyageur so trapped far from water. Frequently miles of rapids have to be negotiated, where only the greatest skill and courage, coupled with days at a time of heart-breaking and exhausting labour, can gain the objective. 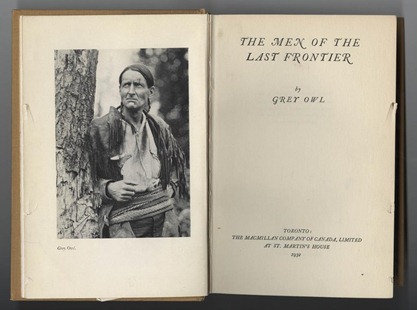 In winter snow often lies six feet deep in the woods and at the railroad, a hundred or so miles to the south, sixty-five degrees below zero (Fahrenheit) is no uncommon temperature. A rise in temperature often precipitates a blizzard, and these winter storms are so violent as to destroy whole areas of timber by sheer weight alone; the solitary trapper caught on the trail by one of these tempests, with little or no warning, especially if crossing any large lake, is in grave danger. His dogs, blinded and half-choked by the wind-driven masses of snow, cannot face the storm. Himself unable to break trail through the mounting drifts, or to keep his direction through the whirling white wall that surrounds him at the distance of a few feet, he may, if far from land, perish miserably.

Perhaps, wisely relying on his dogs to lead him ashore, he may, if lucky, find wood and shelter enough for his protection. A broken axe handle under these conditions would be not only an inconvenience, but a disaster with probably fatal results. Here, with his toboggan sheet for a windbreak, a bed of hastily laid brush, and a pile of wood sufficient to do all night, gathered with infinite labour, he can make some kind of a stand to live out the storm.

The howling wind fills his shelter with blinding smoke, and the fire only serves to melt the snow as it accumulates on blankets, food and clothing, wetting everything; cooking is impossible, and content with a pail of tea and perhaps some thawed-out fish intended for dog feed, he and his shivering huskies crouch by the fire all the long night. And often enough the cold light of morning breaks on a Shelter half-filled with drifting snow, a fire long since extinguished, and a pack of whining wolf-dogs waiting in vain to be harnessed up, later to run wild with the wolves.

This book can be downloaded at: http://www.archive.org/details/menofthelastfron013925mbp

Posted by badijet@gmail.com at 11:56 AM No comments:

News about Ocean and Sifter

The indispensable program for Baha'i scholars, "Ocean," has been improved in at least two ways. One, there is now a Mac version, and two, the companion search engine, "Sifter," is now available for free on the Baha'i Education website. This makes all the volumes of Star of the West available to search and use on your computer.

Check it out at: http://bahai-education.org/

Posted by badijet@gmail.com at 2:08 AM No comments:

Posted by badijet@gmail.com at 1:16 AM No comments:

Neil MacGregor: 2600 years of history in one object

Posted by badijet@gmail.com at 2:25 PM No comments:

Jennifer Pahlka: We are not going to fix government until we fix citizenship

Posted by badijet@gmail.com at 10:05 AM No comments:

Posted by badijet@gmail.com at 9:31 AM No comments: