Peter's Small Engines has served Dunnville since the 1960's, when it specialized in repairs to gasoline motors. When Rainer Queckenstedt purchased the business in the 1980's, it continued as a repair shop, but he added on his own area of expertise, equipment rentals.
Having just purchased a new pulley for my Shopsmith, I was impressed with the number of belts and pulleys on display.

"It is Dunnville's largest selection," Rainer assured me, "The trouble is, that people sometimes come in for a pulley or a repair, and do not realize that they can rent equipment from us as well." Many, new to the area, may not have seen the shop because it is just outside of town. I asked Rainer what was the largest piece of equipment available. "That would be a Bobcat mini-excavator or a skid steer loader. You can rent by the hour or the day. For large equipment the price includes delivery to the site and back, since they cannot be driven on the road. But we do rent all sorts of lawn and garden equipment."

A complete list of what is available is at www.petersengine.ca. Their busy season is from May to July. I asked what changes there have happened in the decades Rainer has been here.

"The whole industry has gone over to throw-away machines that cannot be repaired, although higher end equipment – which is to say, everything we sell – is still built to be repairable. We service everything we sell. If something you have breaks down, take it in, we will tell you up front if repair is an option. More equipment is going electric, these days, with rechargeable batteries. As well, Dunnville's population is ageing. For those who are getting on, it is sometimes better to pay for a service than to buy a sit down lawn tractor."

Clients are evenly divided between professionals and homeowners.

Why buy local and go to Peter's Small Engines?

"We are honest. The five certified technicians who work here are experienced and well qualified." 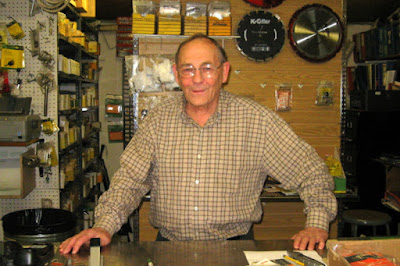 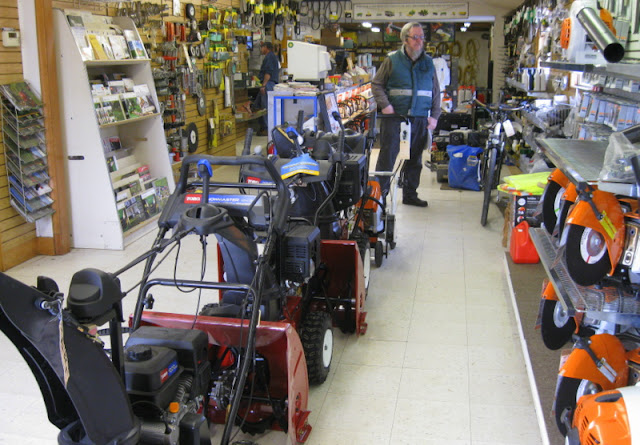 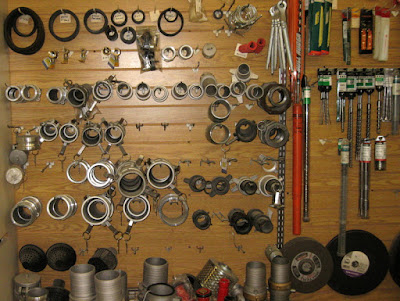 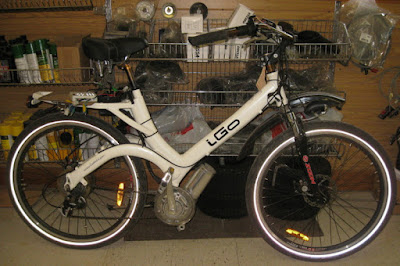 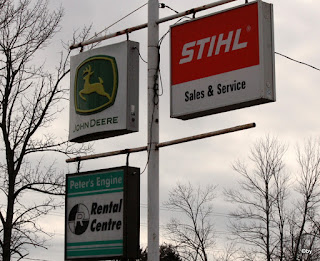 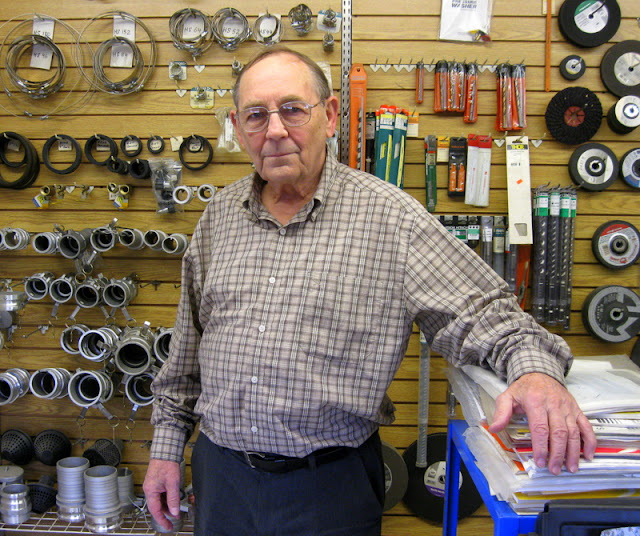 Posted by badijet@gmail.com at 12:07 PM No comments:

Kings and families (and UHJ letter)

Letter from UHJ about kings in the future

Baha'u'llah's Proclamation declares: "Be united, O kings of the earth..." The difference between a dictator and a king is hereditary succession -- that is, family. The royal family is the head of a whole hierarchy of aristocratic families, lords, dukes, knights, etc. In modern times, the kings of the world could not unite, and few royals remain today. Families could not unite, either, and they have lost all claim to power or legitimacy. If such a proclamation were written today, would it say: "Be united, O bureaucrats and corporations of earth..."?

The belief in family as the cornerstone of politics is one of the traditional differences between Canadians and Americans. After the American Revolutionary War (known to Americans as the War of Independence) Canada was filled with refugees from the south who still firmly believed in royalism as an ideal. The madness of King George was an illness, an aberration that should not be used as an excuse to end rule by individual forever. They called themselves the United Empire Loyalists, and they had great influence on the development of Canada as a nation. New citizens of Canada still declare loyalty to Queen Elizabeth, for example. 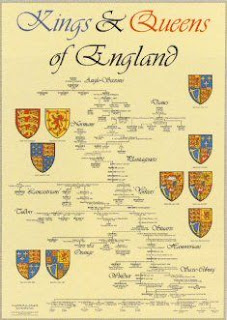 I suppose this has an effect even among Baha'is. Our family had a stimulating visit from a dedicated travel teacher from Chicago, Chuck. We had a discussion about whether there will be kings in a future Baha'i-influenced world. About a year later, he shared this letter from the Universal House of Justice, written in response to his query about this issue. Here is the letter:

The Universal House of Justice has received your letter dated 12 September 2014 concerning whether kings will have a role in the future Baha'i World Commonwealth. We have been asked to convey the following and regret the delay in our response.

The Baha'i writings clearly envision a role for sovereigns in the future. In The Promised Day is Come, Shoghi Effendi wrote,

"Indeed if we delve into the writings of the Author of the Baha'i Faith, we cannot fail to discover unnumbered passages in which, in terms that none can misrepresent, the principle of kingship is eulogized, the rank and conduct of just and fair-minded kings is extolled, the rise of monarchs, ruling with justice and even professing His Faith, is envisaged, and the solemn duty to arise and ensure the triumph of Baha'i sovereigns is inculcated. To conclude from the above quoted words, addressed by Baha'u'llah to the monarchs of the earth, to infer from the recital of the woeful disasters that have overtaken so many of them, that His followers either advocate or anticipate the definite extinction of the institution of kingship, would indeed be tantamount to a distortion of His teaching." (Shoghi Effendi, The Promised Day is Come, Wilmette: Baha'i Publishing Trust, 1996, paragraph 176)

Nevertheless, Baha'u'llah, `Abdu'l-Baha, and Shoghi Effendi have given only the broadest outline of what the Baha'i World Commonwealth will entail, and it is impossible for us today, being so far removed from its establishment, to accurately describe what that system will be like. In The World Order of Baha'u'llah, Selected Letters, the Guardian indicated that we cannot visualize the World Order of Baha'u'llah in its entirety and can only strive to discern some of its guiding principles. Accordingly, at the present time, the detailed workings of the future World Commonwealth, including how kings might play a role in it, are not known.

Rest assured of the supplications of the House of Justice that your efforts to teach the Cause may be blessed and confirmed.

With Loving Baha'i Greetings ... For the Department of the Secretariat
Posted by badijet@gmail.com at 10:24 AM 3 comments:

Interview for The Free Press

The Free Press caught up with real estate broker Liz Koster, who is having one of the busiest winter seasons in memory. "It is a balanced market right now, with more or less equal numbers of buyers and sellers."Since she was licensed in 2003, Liz has helped hundreds of clients buy and sell their main residences and seasonal cottages around here.Much of her business is repeat business, or referrals from satisfied former clients. 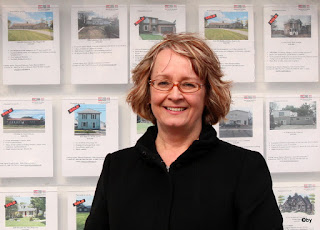 She serves not only Dunnville but everywhere within an hour's drive from here, including Cayuga, Hamilton, Grimsby, Smithville, Welland and Port Colborne. Her motto is "Helping people on the move," although she has helped even some not inclined to move, including an octogenarian couple who were selling their home for the first time. Liz waxes enthusiastic when I ask about the services and advice that she offers. Her website, http://www.lizkoster.com/, provides a great deal of current data about properties available in Dunnville and area right now, as well as advice on how to prepare your home for selling and what to look for in a prospective purchase. But general information is not enough, she insists. Nothing can replace the services of an agent on the spot in helping the buyer or seller assess what needs to be done, finding reliable local contractors, negotiating and closing the deal, and helping you through what for most people is the largest and most complicated purchases in their life. 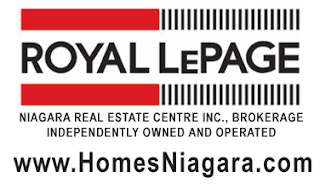 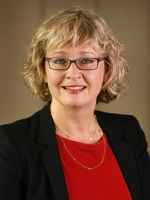 Posted by badijet@gmail.com at 9:17 AM No comments: