Another assignment from my part time job stringing for the Dunnville Free Press, the original is at: http://www.thefreepressnewspaper.com/ The on site article includes a photo of Brown. My camera had dead batteries, so I could not take any. I was asked to go there at the last minute. I know, this is partisan politics at its purest, but I go where I am told by my benevolent boss. I hasten to add that Brown never used the word "commie," but, what is worse for me at least, he used the word "hockey," which is bad because everybody knows our national sport is golf, not hockey, as far as participation goes. But I guess it is appropriate that a candidate for elite politics should base his thought on elite sports.

M.P. PATRICK BROWN FOR THE WIN – LAUNCHING HIS CAMPAIGN TO BE THE NEXT LEADER OF THE PC PARTY OF ONTARIO – IN DUNNVILLE FEBRUARY 26TH

Patrick Brown, a Conservative Party M.P. from Barry, Ontario, briefly dropped by the Thursday Free Trade Café at St. Paul’s Anglican Church to speak about his position and promises as one of three candidates for leadership of the Ontario PC Party. Haldimand Norfolk MPP Toby Barrett, who was also present, explained that he is endorsing Brown as an “outside candidate” because the party has not won an election for almost twenty years, and there is clear need for a fresh perspective.
Brown promised, if premier of Ontario, to rip up the Green Energy Act.
Most of the powder puff questions seemed to come from supporters and even employees of the campaign. One was this: “Are you the leader of leaders for Ontario?” Answer: We should be team players, like the Canadian hockey team in the first Summit Series against the Soviets in 1972. The Soviet team was full of superstars, but the Canadians played so seamlessly as a unity that the Commies could not find an opening. The same way, a political leader, like a team captain, has to see to it that all players trust one another.
Two questions did not seem to come from partisans. One was about autism, which is increasing in the opinion of the questioner (this is by no means certain, since it is possible that means of detection are improving, not the disease itself). Why is funding staying the same? Brown stated that he supports the “Alberta model” for this, which apparently saves money by means of early detection and preventive intervention. He also mentioned a large study, just starting, which the National PC party is supporting. In addition to Brown’s hockey background, he pointed out that he started a half marathon society, with proceeds going to autism research. The other question was about the possibility of a superhighway along the north shore of Lake Erie, which would open up access to the large American market through Buffalo and Detroit. The questioner pointed out that this project would lead to great growth but unfortunately it has no traction because of the small population on the north shore. Politicians in Ontario governments find it expedient to cater to the large numbers of voters in Toronto. Brown promised to push for that development corridor if voted in as premier, but, contradicting himself somewhat, supported a plan to end gridlock in transport corridors by paying for infrastructure according to local population. Again contradicting his highly partisan stance in virtually everything he had said until then, he declared that “we need to take partisan politics out of infrastructure decisions.”
The party leadership election will be held in May. In order to vote, one must purchase a ten dollar membership in the PC Party. Applications were distributed after the meeting ended. Both Barrett and Brown admitted that, like every other political party, their membership rolls have shrunk over the past two decades, but they were hopeful that the tepid looking crowd response there indicated a sharp upturn. I asked about electoral reform, and Brown assured me that, although he is not pushing for it, he would conform to any changes brought about in due order.
John Taylor

Abdu’l-Baha’s Idea of “Struggle for Survival.” 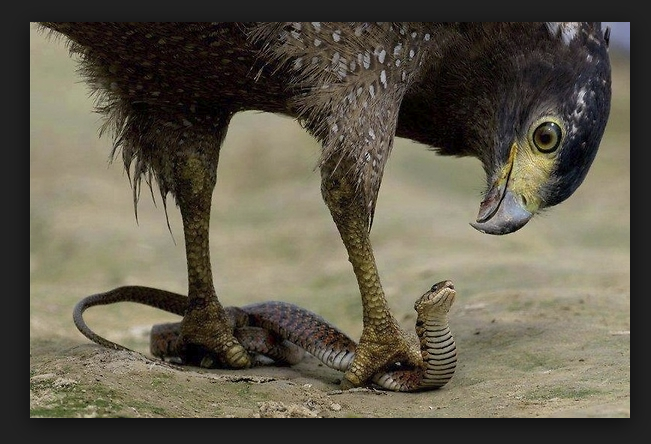 The “struggle for survival.” You come across this expression periodically in studying the writings of Abdu’l-Baha. By it, He seems to signify that this struggle is a bad thing. His expression seems close to what Darwin’s bulldog, Herbert Spencer, called “survival of the fittest.” The poor are underfoot for a reason; we do not want the inferior to rise to the top. The scientific way is to let the natural mechanisms of evolution determine who gets to swim in the human gene pool. Eugenics seems cruel at first but in the long run we are all better off. This idea wove through and pervaded secular thinking for well over a century after Darwin died. It only seems to be subsiding now that violence is losing sway and women crowd into public life. Abdu’l-Baha pointed out the “struggle for survival” is the mark of the materialistic worldview. It causes brutalization and tyranny, but the spiritual mind set does the reverse.

“I hope that in this nether world thou shalt attain unto heavenly light, thou wilt free the souls from the gloom of nature, which is the animal kingdom, and cause them to reach lofty stations in the human kingdom. Today all people are immersed in the world of nature. That is why thou dost see jealousy, greed, the struggle for survival, deception, hypocrisy, tyranny, oppression, disputes, strife, bloodshed, looting and pillaging, which all emanate from the world of nature. Few are those who have been freed from this darkness, who have ascended from the world of nature to the world of man, who have followed the divine Teachings, have served the world of humanity, are resplendent, merciful, illumined and like unto a rose garden. Strive thine utmost to become godlike, characterized with His attributes, illumined and merciful, that thou mayest be freed from every bond and become attached at heart to the Kingdom of the incomparable Lord. This is Baha’i bounty, and this is heavenly light.” (Abdu’l-Baha, Selections, p. 206)

Interestingly, I just came across an entire “Tablet on the Struggle for Survival.” It makes his meaning by "struggle for survival" quite unambiguous. The letter has not been officially translated, but it is interesting nonetheless, being marked by the Master’s usual simple but brilliant exposition. Who could ask for a clearer picture of the difference between secular brutality and the compassion that marks the worldview of faith? If you know the name of the society is to which he addresses himself here, do let me know.

Tablet on the Struggle for Survival