The Epidemiology of Corruption 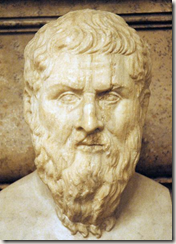 Absolute or disproportionate power leads inevitably to corruption. As Lord Acton famously put it, "Power tends to corrupt and absolute power corrupts absolutely." In this short sentence Acton sums up succinctly the thesis of Plato's much maligned final masterpiece, the Laws. In earlier works, Plato had held that the virtue of individuals is writ large in the state. In the Laws, he pictures law as a sort of writing tool to improve the state by bettering its citizenry, and vice versa. What stands in the way of this, Plato holds, is "absolute and irresponsible power," which always leads to corruption. Corruption destroys the body politic by stripping leaders of their principles, and citizens of their virtue,

"... if he (a leader) be possessed of absolute and irresponsible power, he will never remain firm in his principles or persist in regarding the public good as primary in the state, and the private good as secondary. Human nature will be always drawing him into avarice and selfishness, avoiding pain and pursuing Pleasure without any reason, and will bring these to the front, obscuring the juster and better; and so working darkness in his soul will at last fill with evils both him and the whole city." (Plato, Laws, Book 9)

Power corrupts not because it is bad in itself but because in concentrated form it distorts vision, eradicates the sense of balance and upsets the natural order of things. Power, like a powerful drug, is a good only when meted out in carefully prescribed doses. Small and diffuse measures of power allow the metabolism of imperfect humans to bear under without being poisoned. He writes, 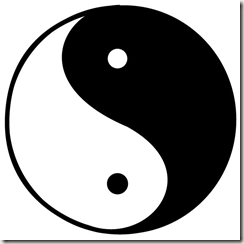 "If we disregard due proportion by giving anything what is too much for it, too much canvass to a boat, too much nutriment to a body, too much authority to a soul, the consequence is always shipwreck; rankness runs in the one case to disease, in the other to presumption, and its issue is crime." (Plato, Laws, 691c, Collected Writings, p. 1286)

Here he compares political corruption to inappropriate technology and to overeating. With startling prescience this predicts what is happening right now.

A sailing ship with too large a sail will be manhandled by the slightest contrary breeze, and a stronger wind will upend it. Similarly, the energy that present-day technology uses is derived from the combustion of hydrocarbons, a practice that experts and leaders have known since the 1980's releases greenhouse gasses that cause global warming. Worse, the knowledge of how dangerous this is seems only to have stiffened opposition to change, and worsened our dependency. Our addiction to burning shows that technology could not be further from Plato's "due proportion."

As for "too much nutriment to the body," obesity is the emblematic illness of the past half century. It spread so quickly that in most nations, poor and wealthy, a large majority are now clinically overweight. When Plato says that "rankness runs ... to disease" in the body, he may have been referring to the now familiar tendency for the obese to succumb to a disease that was not named "cancer" until modern times. In any case, the intent of Plato's metaphor is clear.

"Rankness," translated into political language, is "partisanship," "rebellion," "war" and "treason." Unrestrained power in any one place metastasizes like a tumor, from one location to the entire organism. The malignancy grows without restraint, infiltrating and allocating precious bodily resources to resistless expansion. What it cannot grow into it poisons. In the same way, elites take more than their fair share of power and wealth, and thus spread envy and wrongdoing among have-nots.

The third disproportion that causes the ship of state to founder is what Plato calls "giving too much authority to the soul." The terminology of Abrahamic religions describes this as an idol, icon or image, anything that arrogates to itself the total adoration and absolute sovereignty that are the exclusive domains of God. 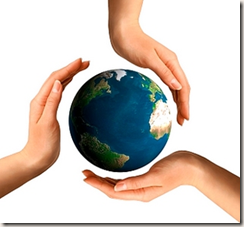 What would avoid concentration of power? How is this even possible? The answer that Plato puts forward in the Laws is an improved version of Athenian democracy that might be termed indirect, participatory democracy.

Many, basing their judgment solely on the Republic and earlier dialogues, imagine that Plato, himself a member of an aristocratic family, was against democracy. It is true that he held a grudge for many years against the democratic regime that executed his beloved teacher, Socrates. However, a careful reading of the Laws shows that Plato would have retained many elements of his native city's democratic experiment in his ideal lawmaking process.

Lawmakers, judges and even school trustees, he held, should be chosen by a combination of rotation by lot and indirect election. By election, he meant a nomination-free vote that chooses the hundred or so whose names that appear most often on the city's ballots. These elected citizens in turn serve in a ruling counsel on a rotating basis; they also actively serve themselves, rotating on a weekly or monthly basis. In order to reduce bribery, the citizen who serves at any particular time is determined at random, by drawing lots.

This combination of rotation and indirect elections would involve the entire population in maintaining justice.

Universal participation in the process would spread power into as many hands as possible. Those who do have power would not keep it long, nor could they predict when they will have it in future. They would, however, benefit from experience, both practical (as judges, say) and in a management capacity (as lawmakers and members of the ruling counsel).

The first job of lawmakers, then, is to immunize the population from corruption, since once it catches hold it becomes almost impossible to eradicate. Plato's way of preventing power from concentrating reminds me of a modern technique of epidemiologists. 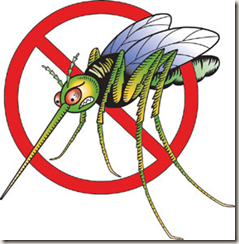 Only about a hundred years have we known that diseases like malaria are caused by mosquito bites. Since then we have learned that an effective way of reducing the incidence of mosquito-born epidemics is to see to it that water cannot collect after a rain. By eliminating standing water wherever it is found, mosquito larvae cannot breed, and the disease vector stops dead.

In the same way, a better lawmaking process would edify the citizenry by encouraging them to participate directly in the lawmaking process. At the same time, the dangerous, addictive sort of power broker -- which Plato called drones -- would not have enough access to power to be able to breed and spread corruption.

We shall discuss Plato's suggested structure of direct democracy in greater detail in the third volume of Cosmopolitan Earth.

Posted by badijet@gmail.com at 4:12 PM