Comments on Panorthosia, Chapter 19: "Concerning The Initial Stages Of Universal Reform And Its Subsequent Progress Towards Success, And Explaining What Is Required For Its Wise Execution."

The mind of John Amos Comenius was rooted in the Middle Ages. I mean, in a good way. In fact, to grasp his medieval sensibilities is key to understanding how a Reformation thinker could after so many centuries still be in the van of progressives. Admittedly, there are good reasons why chivalry was left by the wayside, just as there are good reasons that Greek and Latin are no longer the languages of scholarship, and why witch burnings, aristocracy, autocracy, patriarchy, hierarchy, trial by combat, animal executions and many other corrupt practices were abandoned. The code of chivalry, however, did have its advantages, which Comenius appreciated. He included some of its better elements in his plan for a new world order. 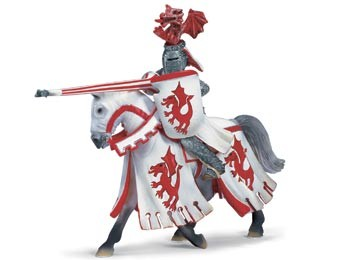 The 19th Chapter of Panorthosia lays out a process of global reform in six "stages," each of which he expands upon in a subsequent chapter, going from the individual, the family, schools, churches, politics and, finally, universal reform of the entire human race. This strict set of procedures he compares to the way builders put together a building.

"This gradual advance towards the improvement of our affairs and the development of our happiness follows the example of the wise architect who first works on the stones and beams, then erects the walls, and makes a vaulting to join them together. Finally he puts a roof over them all, and sees that many component parts constitute one single home." (Panorthosia, Ch. 19, para 15, pp. 15-16)

The editor of the English edition of Panorthosia points out that Francis Bacon, whose works Comenius read carefully, had made a similar point that the technique for erecting a building on site is not the same as that used for assembling its component parts, and that analogously society is joined and protected by different means. Undoubtedly, both writers had in mind the remarkable techniques by which those anonymous geniuses built medieval cathedrals across Europe. This achievement is still recognized as one of the greatest technological wonders of the age. 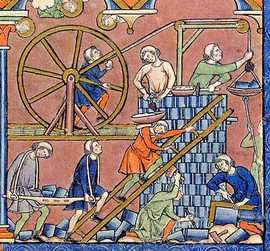 Unlike gradualists today, however, Comenius did not think that methodically going through a set procedure meant that it would be impossible to tackle personal, familial, local and global problems all at once. Just as the cathedral builders, once their techniques were refined and the local populace involved, knocked together many buildings in relatively quick succession, so the process of global reform could potentially work at several levels at once. In the 19th Chapter, Comenius hastens to point out that rapid, simultaneous reform was commonplace when the need for it was deemed urgent.

"I say all people at the same time, because the first way towards speedy success is to tackle the task on a universal scale. For example we frequently see our largest cities being cleaned up all at once in a single day on the approach of an anniversary or the arrival of a king, when everyone attends to the sweeping of every space that belongs to him in front of his own house. Therefore let us all begin in God's name to play our part together, scholars, churchmen, and politicians alike, no matter how small our individual share of the world may be." (Comenius, Panorthosia, Ch. 19, para 9, pp. 13-14)

Comenius goes on to point out that the key to speeding up global reform will be to learn to enlist the wholehearted support of experts in all three of the central elements of progress, those who, once corruption is eliminated, can engage the untapped intellectual, spiritual and executive powers resting dormant within us all.

As we unleash these three potent forces on every level of society at once, we can rapidly grasp our reason for being and attain to happiness. We will,

"truly release ourselves from the labyrinths, and be truly restored to God and attached to freedom, and truly achieve the supreme end of life, which is peace of mind." (para 12, p. 14) 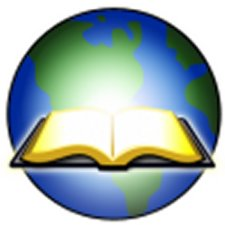 It may seem paradoxical to suggest that reform can be both methodical and universal at the same time, or, to use more current buzzwords, at once algorithmic and multi-tasking. He resolves this by pointing to an image, the illustration that he apparently chose as the headpiece to the series of works that he collectively called the Consultatio, of which the Panorthosia was the final volume. The several chapters that follow Chapter Nineteen each end in a summation, usually using a citation from this illustration, each of which comes out of imagery in a Psalm or a Biblical prophecy. Unfortunately, I have not located this picture, but he describes it in a note to the 13th paragraph of this chapter,

i. Lights being kindled from the light of God and shedding in all directions;

ii. Righteousness and Peace kissing each other, and everything beginning to flourish again on the Earth;

In choosing this unifying structure, Comenius clearly had in mind an early multimedia technique known as the emblem. Emblems included quotes from several sources, often in several languages, as well as graphic representations, often using the visual language of heraldry. Heraldry is a medieval tradition where a knight sports a particular device on his shield, a family displays symbols of its honour, origin, ideals or accomplishments using prescribed images on an emblem or escutcheon, accompanied by a motto, often in Greek or Latin. In the same way, kingdoms symbolized the virtues to which they aspired through depictions of beasts, either real or mythical. This was a good aspect of chivalry that fell unfortunately into desuetude.

Since, as we have seen, Comenius believed in leadership not by compulsion but by advice and accreditation, he clearly intended in these six chapters of Panorthosia that individuals, families, schools, churches and nations should earn the right to display the saying that he places at the end of each chapter.

For example, the twentieth chapter of Panorthosia, that concerns the "first stage of reform, which must begin within each individual," would offer the right for individuals to wear, like a medieval knight, this device on his or her escutcheon:

"Here is a splendid image of God." 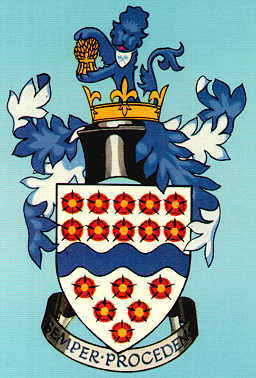 This refers to the assertion in the Book of Genesis that man was created in the image of God. Abrahamic religions tend to be suspicious of images because the mind needs to block out external images in order to perceive the inner virtues that make humans images of God. This is why Comenius suggests that a declaration affirming that society recognizes that a person is displaying divine virtues would be the pinnacle of human attainment. The full final paragraph in this chapter states,

"Therefore no matter who you are, you must reform yourself according to God's good pleasure and with His help, so that angels and pious men are able, as it were, to read on your forehead the inscription: `HERE IS A SPLENDID IMAGE OF GOD.'" (Comenius, Panorthosia, Ch. 20, para 24, p. 28)

It is obvious that individuals, even if they work as soldiers, no longer walk around carrying a shield displaying a heraldic device. We do, however, display our credentials in the form of degrees, credit cards, driving licenses and, on the Internet, passwords and digital sign-on procedures. In the second volume of Cosmopolis Earth I will discuss in detail how world governance in future might make use of such declarations.

Similarly, Comenius in the twenty-first chapter suggests how families who "conspicuously" display unity between husband and wife and show affection between parents and children, might earn the right to display another device, one based on a quote from Corinthians, which declares of that home,

"THIS IS THE DWELLING PLACE OF VIRTUE, ORDER, AGREEMENT, AND GOD AMONGST MEN! Therefore let nothing that is evil ever enter it!" (Panorthosia, Ch. 21, para 18, p. 37)

In chapters that follow, Comenius offers similar suggested mottos for schools, faith groups, politics and even, in Chapter Twenty-Five, the world government, which he calls the World Assembly or Ecumenical Council. The device he suggests for this supreme body is a direct quote from Isaiah,

"Thy gates shall be open continually; they shall not be shut day nor night for the nation and kingdom that will not serve thee shall perish." (Isa 60:11-12, cited in Panorthosia, pp. 152-153)

This citation, again, is astonishingly modern in spirit, not only in its emphasis on "openness," which of course is the mantra of the open software movement, but also in its emphasis on voluntary membership in the family of nations. The prophesy suggests that world governance will use self-interest -- or, at least, fear of perishing -- as the motivator for continuing in that world government.

All in all, what Comenius suggests is a system of reform through rewards and honours, one that offers, before all else, prestige to those who would live up to clear standards of the highest virtue. For instance, in Chapter Twenty-Four, which is devoted to how to universalize the world of politics, he suggests the following byword:

"Any state which frames its laws with a view to the blessing of God and its own salvation will earn the right to use the inscription, `HERE IS THE KINGDOM OF GOD ON EARTH, WHERE RIGHTEOUSNESS AND PEACE HAVE KISSED EACH OTHER.'" (Psalm 85:10, cited in Panorthosia, Ch. 24, p. 127) 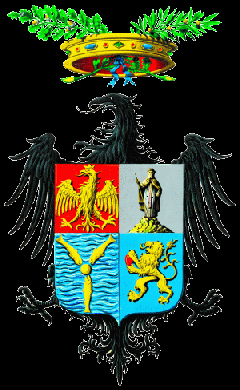 This essentially foreshadows the content of the most recent and probably the most realistic proposal by a world federalist. In it, James Yunker proposes a stage of transition to world government in the form of what he calls a "Federal Union of Democratic Nations." (see James A. Yunker, The Idea of World Government, Routledge, New York, 2011, pp. 106-111) This union would be open to all nations who call themselves democratic.

Once a borderline country joins the organization, however, it would be offered incentives to improve their freedom of the press, transparency, election fairness ratings, and so forth. Such positive reinforcement of improvements to the preconditions of democracy would eventually raise standards to the point where all nations become just and democratic. This, Junker holds, would be more effective than threatening to declare war on nations who decide to withdraw from a global government. A Federal Union, Yunker proposes, would be an acceptable first step to a stronger world government to be introduced later on.