Chapter from Persons Beyond Borders, My Book in Progress

Reflecting the Nature of Things 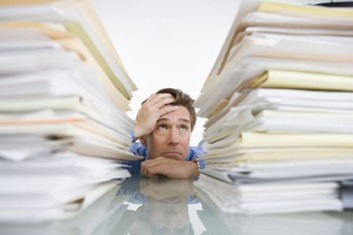 Throughout his life, John Amos Comenius kept to his vision of a grand unification of knowledge through wisdom. In his early career, Comenius worked out revolutionary educational reforms eliciting learning not from rote or force but direct observations by students. Knowledge, he believed, is not a commodity that can be passed on from teacher to student -- in fact borrowing causes corruption, passivity and, in the end, contempt for knowledge. Instead, he sought to instill curiosity, inquiry and love for learning. Efficient learning comes from deep within our nature; it is the outcome of seeking the whole truth in one world, while serving others and worshipping one God. A teacher's role is to speed and enliven this process, never to violate the mind's right to freedom by dictating to it.

Comenius advocated the object lesson as a way of promoting independent search. He may not have been the first to use this teaching technique, but he certainly developed and popularized it. In an object lesson a teacher holds up an ordinary object, such as a pen or a candlestick, and solicits observations from members of the class. From there lessons are drawn about morality, politics and science. Similarly, a century before Rousseau’s Emile, Comenius proposed that teachers leave their classrooms once in a while and take pupils out to learn in forests, streets and industrial sites. On these field trips, he encouraged students to cast aside trite, second-hand learning and observe, drawing conclusions based not only on what they had been reading but on what their eyes and ears told them.

Panorthosia takes these educational innovations to their ultimate conclusion. It would erect an entire world order where everybody learns and teaches through direct experience. In order to make each step as universal as possible, and, as we might now say, to rid the mind of cultural baggage, he advocated starting with a grand project of simplification. This radical simplifying activity would not be restricted to one worldview -- this was undoubtedly one point on which Comenius and Rene Descartes, another advocate of simplification, disagreed about in the face-to-face debate they had with one another. For Comenius, systematic simplifying is the best approach not only to science and mathematics but also of faith and policy. In fact, it should aim at setting all three on an even footing.

As simplification advances, knowledge would then surely become public property, not the exclusive domain of elites. For the first time knowledge would be free, and would serve liberal ends. The expert's high calling is to serve humanity by aiding this project, not by obstructing it, as was all too common among Comenius's scholastic peers. 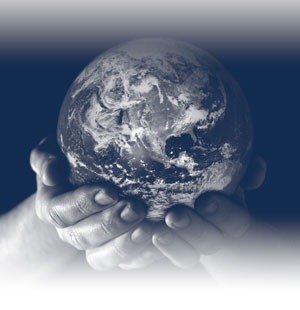 Comenius did not deny that this demands unprecedented responsibility from experts, especially, though not exclusively, from experts in the three pivotal specialties, natural philosophy (science and education), politics and religion. These professionals must eschew all obfuscation and do everything possible to welcome all into their inner sanctum. Their aim must be to make everyone the best that they can be by qualifying as an amateur philosopher, politician and theologian.

The simplification project needs to set its sights even higher, though. Even more fundamental than science, religion and politics is language itself. If we cannot communicate with one another, none of these can exist, important as they may well be. As long as humans speak multiple languages, the benefits of education, of political progress and religious reconciliation can never have their full benefit. The language barrier, more than anything else -- even borders, geography and primitive transportation technology -- blocks freedom of movement and freedom of intercourse among peoples. A common language is absolutely necessary for the cosmopolitan outlook.

In the following paragraph from the final chapter of Panorthosia, Comenius demonstrates that agreement upon a common world language is not only a scientific and political necessity, it is a religious duty as well.

"If we are given a universal language, and it is adopted by all nations, the world will become accessible to all its inhabitants, as there will be nothing to stand in the way of anyone who wishes to travel abroad and teach or be taught in any of its climates. For if all men understand one another, they will all be as one nation, one household, and one school of God. So at last the meaning of the following prophecies will be revealed: 'All the land shall be turned as a plain,' (Zechariah 14:10); and 'Thou shalt not see a people of a deeper speech than thou canst perceive, and of a foreign tongue that thou canst not understand' (or as others translate it, 'in which there is no wisdom') (Isaiah 33:19 and 'I will gather all nations and tongues' (Isaiah 64:18), and 'All the nations were of one language, and so they were gathered together again after the Lord scattered them abroad with confusion of language' (Genesis 11:1, 7, 8), when the Lord shall begin to build up Zion and to appear in His glory (Psalm 102:16, 17, 19, 22, 23)." (Panorthosia, Ch. 26, Para 7, p. 157) 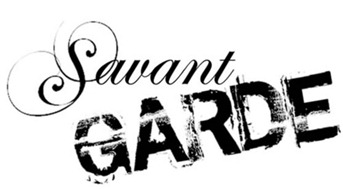 Beyond agreeing upon a universal language, the project of simplified knowledge can be summed up in one word, wisdom. Wisdom, Comenius believed, is the main practical lesson to be learned from the Bible, as well as classical philosophy, the natural world and that of politics. Wisdom instills willing acceptance that good changes come from the nature of things; they are not an arbitrary imposition of human will or the whim of an elite.

World order will arise from an underlying "parallelism of Philosophy, Politics, and Religion..." (Panorthosia, Ch. 13, para 12, p. 204) Our vision of this parallelism, like the observations of a student, conditions us within before we can inform the world. Be it scientific, political or religious, wisdom has a common,.

"purpose of kindling in men's minds one full light whose rays are undivided, and therefore it is Universal Light in which everyone may see all things just as they are, and in so doing produce antidotes for error and hallucination, and cures for all the ills of Church and State, so that darkness no longer has any place in our affairs, since we are all guided towards the fountains of light, wherein there is no darkness." (Panorthosia, Ch. 11, para 2, pp. 175-176)

The nature of wisdom is such that a wise person is, by definition, Homo Universalis, a polymath or generalist who aspires to grasp all things, not just a segmented part of reality. Once enough leading members of society become wise, teachers will learn to teach wisdom in schools. Once they succeed in that, each new generation will come ever closer to wisdom. Eventually, society will cross a tipping point where wisdom becomes a universal aspiration, the ruling principle of every matter, big or small. This condition Comenius called pansophy, or universal wisdom.

Under pansophism, the full potential of each human will finally be realized. This leap forward will make all knowledge available to all seekers and tear down every ivory tower of knowledge and privilege. The people will no longer be distracted by translators and middlemen; they will be mature enough to wield their own power responsibly. Comenius compared this epistemic transition to the difference between an ordinary key and a master or skeleton key, which is designed to open any door in the building.

"What is the difference between Philosophy and Pansophy? Surely it is that between the part and the whole; just as if one man who lived in a castle had separate keys for each of the rooms, and another had only a single key which opened them all." (Panorthosia, Ch. 11, para 22, pp. 184-185)

As a by-product of having Homo Universalis in the majority, pansophism would encourage universal engagement in the tremendous task of minding the entire planet. Earth would be a true global democracy. Unlike the ideological approaches that have been tried and failed, pansophy, by walking the tightrope of parallel worldviews, would accomplish the otherwise impossible feat of maximizing both freedom and equality.

I studied under Dr. Jordan before he was killed in NYC. Cominius educational suggestions would fit nicely with the ANISA model, don't you think so?

Mustn't forget that we have the facilities for learning in more ways than have been allowed.