The Consultatio; the World's First Proposal for a Democratic World Government

After Columbus, Magellan and other explorers had revealed the full extent of our planet's geography, the first detailed proposal for a world government was put forward in 1623 by a French monk by the name of Emeric Cruce. Cruce's conception closely resembles the United Nations that we know and love today. 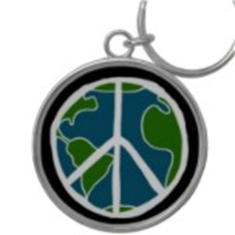 Specifically, he suggested a permanent "council of ambassadors" who would meet in a neutral city to iron out conflicts among nations. Kingdoms that did not obey its decisions would be "shamed," and if that did not work, a global police force would insist -- further than our present U.N. is empowered to go. Cruce also advocated religious toleration, unlike previous triumphalist proposals aimed at uniting the world by defeating all infidel faiths and nations. (see James A. Yunker, The Idea of World Government, Routledge, New York, 2011, pp. 18-23)

The difference beween Cruce's proposed world government and that of John Amos Comenius can be summed up in one word, democracy. Cruce imagined kings and despots sending their chosen representatives to the "counsel of ambassadors." Instead, Comenius suggested a unification that started with the involvement of every human being. This process that gives everyone a say that he called the Consultation. In the introduction to the book that he intended as the opening volume of the Consultation, called the Panegersia, or Universal Awakening, Comenius pointed to what he regarded as the main point of novelty about his multi-volume work.

"I am proposing a `general consultation on the reform of human affairs,' that is, a reform in more universal and profound ways than any since the world began. There is nothing new about the subject, but my method will be totally different. Never in history has such folly afflicted humanity that intelligent men of every age and race and estate openly deplore the reign of evil and strive for some long-awaited improvement. But never before has _everyone_ conspired to improve all the corruptions, and I intend to support this process, and show that it is for the good of the whole world." (John Amos Comenius, Panegersia, Or Universal Awakening, translated by A.M.O. Dobbie, Drinkwater Publ., Warwickshire, Eng., 1990, p. iv) 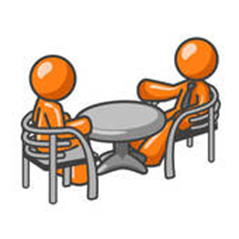 Comenius, then, did not have in mind the throw-away voting that passes for democracy today. This modern rebirth of democracy on a global scale would start with a grand consultation that involves everyone on earth.

"It is only right that all people should take a part in matters of common concern. Could anyone be so apathetic as to refuse to talk about his own affairs or to listen to other speakers on the subject? It is natural for every creature to love his own possessions and to make every effort to improve them. Therefore I say to my reader, Wake up! and in the certain knowledge that your case will be included in our deliberation, lend me your ear, your mind and your tongue, and be equally ready to welcome the thoughts of others and to contribute your own as we begin our consultation for the common good." (Panegersia, Ch. 3, para 2 & 3, p. 7)
Posted by badijet@gmail.com at 3:25 AM

Who is this guy Drinkwater. You should invite him to your home for a cupa' tea.