An Interlude on Tolerance

Tolerance, not force, is the most effective way to lead 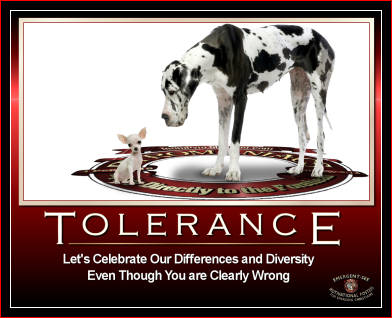 Comments on a Passage in Panorthosia

Although world government is the obvious solution to environmental concerns, many reject the idea out of hand. Why? Essentially because of issues of trust. What could we do if a world government becomes a global tyranny? Or if it declines into a faceless, impenetrable bureaucracy? Even in the Seventeenth Century Comenius recognized the force of this objection, and addressed it by emphasizing that the keynote to power has to be tolerance. No matter how perfect the system may be technically, if it is run by bigots, warmongers or unfeeling functionaries, it will be tyrannical or violent or heartless. In an early passage in Panorthosia, Comenius wrote,

"Something should also be said about the tolerance which ought to be extended by those in positions of power both towards one another and to their subjects." (Comenius, Panorthosia II, Ch. 8, para 27, p. 120)

Comenius upholds tolerance as a positive virtue. Today, it is politically correct to make a nod at the need for tolerance, but we look at the problem mostly in a negative way. We condemn blatant intolerance, especially when it is violent. But we despair of ever rooting out jingoism, bigotry, prejudice and fundamentalism and stamping them out in all their manifestations. We point fingers all around, but accusations only distract from the self-critical stance that would improve the situation overall. Like creatures trapped in a sealed bottle, the more we flail about, the quicker we use up the oxygen that keeps us alive. 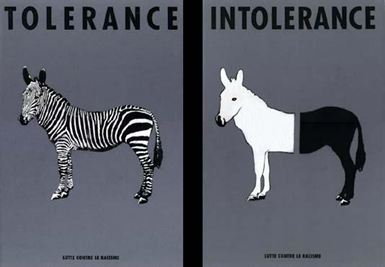 Instead, let us concentrate our minds on tolerant attitudes. Let us teach tolerance in schools, and accept only tolerant discourse in the media. Let us expect tolerant speech from leaders of thought, especially in faith groups. And, needless to say, let us choose tolerant leaders when we vote. We should expect more of such assessment in a tolerant society rather than less, for the same reasons we would expect that the designers of a high tolerance machine would make more minute measurements, rather than fewer, as they build it.

Furthermore, Comenius understood that there is an opposition between tolerant power and power based upon force. In the same passage, he continues,

"The situation calls for lenient, not violent action, on both sides, since it is clear that a noble spirit has been granted to the whole of human nature, preferring to be guided rather than dragged along or compelled. Anyone choosing to use compulsion only embitters, poisons and alienates men, and either makes them hypocrites or prepares the way for a fresh and perhaps greater breakaway."

A lack of lenity in wielding power explains why revolutions, in spite of noble and inspiring ideals, tend to nullify the good they aim to establish. By forcing change, they provoke resentment, reaction and violence. As Comenius says, any proposal for change has to appeal to our complete human nature, or the entire atmosphere will be poisoned. Tolerance and openness invite consent; they bolster the will and purify our common ground. 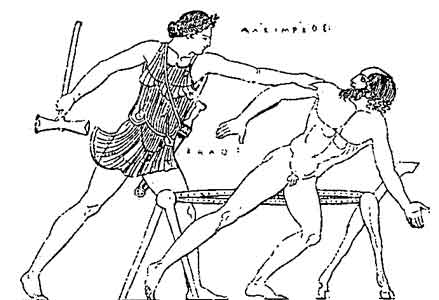 Nobody wants to be compelled to obey; to be jammed into somebody else's idea of what is right. This was portrayed in classical thought by the proverbial bed of Procrustes, an early serial killer who, the myth says, chopped off the legs of guests too tall to fit into his iron bed; when they were too short to fit, he stretched them on the rack. Tolerance describes the virtue of a good host, who seeks a larger or smaller to accommodate the needs of every guest. Without tolerance, there is no happy guest-host relationship, nor can leaders and followers get along without dissent.

Politically, tolerance is summed up in the supreme law of service, "Salus populi suprema lex." (Let the welfare of the people be the supreme law.) Ethically, tolerance is the desire of a friend to seek good for one's friend, even against his or her own interest. In a word, love. For Comenius, love among friends has to be the prime motivation in power relations -- not compulsion or fear. Otherwise relationships are illusory and fleeting.

"Fear is a poor guarantee of lasting friendship. As Terence says in one of his comedies - `He who does his duty under the lash of punishment has no dread except in the thought of detection: if he thinks he will not be found out, back he goes to his natural bent. When you link a son to you by kindness, there is sincerity in all his acts, he sets himself to make a return, and will be the same behind your back as to your face'. Therefore anyone who thinks that men should be treated with violence and not kindness has no idea of how to govern human nature."

Love unites all with all, permanently. Fear? It can only unite against a single, immediate, naked threat. It is, in the words of the Tablet of Ahmad, uniting to assist one another, rather than true unity. As soon as the threat disappears, the fearful go right back to where they were in the beginning. This eradicates the only real ground between us, trust. There must be trust among friends. There must be trust for love to last. Otherwise, fear, like a fire, destroys the garden of goodwill between leader and follower. Baha'u'llah holds trust, and lack of fear, to be the basis of faith in God when He declares, "If thy faith be fearful, seize thou My Tablet, and preserve it in the bosom of trust." (Baha'u'llah, Epistle, 103) In the image of the Qur'an, if you place your hand in your bosom and it comes out white, then your truth is pure, your trust justified by divine confirmation. 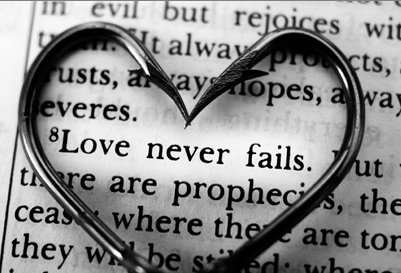 As Comenius implies, arbitrary power is incompetent power. We all know how important tolerance and trust are, but we do not act upon this knowledge. Comenius continues,

"We can put our trust in those who have been won over willingly, but never in those who have been compelled by force or attracted under false pretences, which is the way to multiply our disagreements instead of removing them. For as Claudian observes 'Peaceful exercise of power succeeds where violence fails'."

Claudian hits the nail on the head here. There is a huge difference between compulsion and the peaceful use of power. This is what the people in the Middle East have learned as they peacefully demonstrate the power of the people. This can overturn tyrants who, until recently, had learned to suppress the slightest hint of opposition. They should be putting Claudian's statement on their placards:

The only reason that violence and oppression dominate is that most do not really believe that this is true. We vaguely agree, but in practice we accept that force always wins out. Tyrants rise to the top because in practice, compulsion works. The same is true in the family. Spouses use force because they believe that they really can dominate their spouses. Similarly, parents use violence to oppress their innocent children. Torturers inflict pain to extract information out of the mouths of prisoners.

In the media, torturers openly defend their cruelty to victims by referring to precedent. "Torture has been used from day one for good reason; it works, plain and simple. Otherwise, it would not have been used." On a certain level, this is true. For victors, there are undeniably benefits from the use of force and violence. Force and fear of force does bring compliance, but it is temporary. In the same way, slavery was ubiquitous for thousands of years. A people with a stronger army can conquer an entire people and force them to work as slaves. 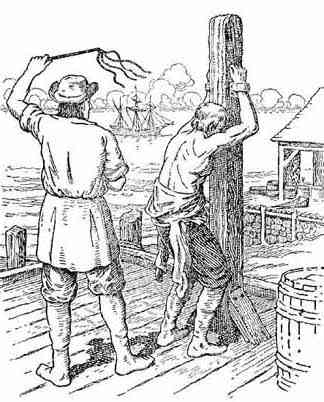 But again, as Comenius points out, as soon as the threat dissipates, so does the power of compulsion. The real ground of enduring power, friendship, dissipates and crumbles before our feet. And, most important of all, the breach of faith poisons us because it cuts off friendship with God, Who created us all as equals. His faith keeps us alive spiritually, in the same way that oxygen keeps our bodies going. A tyrant, torturer or slave owner may temporarily benefit from oppression, like a drowning mouse frantically flailing about as it drowns. But faith and trust are capable of building an entire world, one where the threat of violence is a thing forgotten.

Posted by badijet@gmail.com at 1:18 PM

the most exaggerated and easy to criticize examples exist among the truly powerful. They have very few people they need to be tolerant of. By the time they get to their positions at the top of the pyramids, there are only a few close equals, close family members, and one or two assistants. Then the rest are under them or far enough removed that they are convient abstractions, not real people with pecularities, and differences of opinions that would test the exercise of tolerance. We imagine applying tolerance to the members of Congress/Diet as they set about their deliberations, and they probably sincerely believe they are tolerant, just like they are patriotic to their country. The opposition exists, and won't go away, so to that extent they tolerate of the opposition during scheduled meetings to work out compromises. And it is true that a few sincere friendships based on trust form across these boundaries during the course of a lifetime.But as far as diversity of opinions among their staff and their intimates this kind of diversity was gradually screened out automatically by society, by competition long ago.

The diversity of the Bahai community, only meeting once every 19 days is a real test not just for tolerance but for love. How can we love someone except on a theoretical level if they are so different from me? Then to apply this awareness to the outside world whose awareness of tolerance is similar to my awareness of the difficulty of the Japanese language. Not a comfortable easy to pick up and apply but requires dedicated daily effort over years without enough compensation. :-) I see this so clearly in my life as I am one of the few diverse elements in this small town and the only diverse element in this community as far as my experience goes. In the US it used to be a question of race, so I am coming close to the experience of what a polite upper class black man experienced in the US, say 20 years ago, here in this town in Japan. In the US this test for tolerance has shifted to one of age and class/lifestyles. The lifestyles of people in society are filtered out by our schedules, our hobbies, our inclinations which isolated seem innocent enough but in the aggregate give a collective segregation to our social associations over time. Thus our friends and associates, for who we are most comfortable with because we see most often are automatically by default similar to us unless we press the manual over-ride button and make an effort to include the other who is say, very overweight, or say phyically handicapped, or poor, or has only a high school degree, or socially clumbsy. Pressing the manual over-ride to these daily social forces is tiring. What is the motivation to do this for a lifetime, espeically if we have not been trained through having a model when we are children to emulate? We must be born again and become children again and learn again even if we are ourselves heads of households and approaching death. Just my thoughts.