I am preparing a small book on the proofs of God's existence. For the next several weeks I will be posting often on the Badi' blog selections from my notes, sometimes preliminary essays to be included in the book. If you are overwhelmed, just email me and I will pull you off the Badi' mailing list. As a former atheist, this topic is more fascinating for me than for some.

Long ago I set up a "system" with slots to take in every note and quote that I collect; the first of these categories is humour, which includes not only jokes and cartoons, but also proverbs, anecdotes, fables, and other nonsense. Here is what I collected for the proofs of deity.

Going through the labyrinthine passages of a university library many years ago, I stumbled upon an excellent book called "Oriental Humour." It featured some of the startling and often profound jokes and koans from Japan, Korea and China. One is so famous that it has entered Western culture, too. We know of it as a Zen koan, but according to this book, it is also a Korean proverb,

"One hand finds it hard to clap." (Korean Proverb)

One meaning of this proverb is that a given spiritual experience is not enough, we need social feedback; we need religious experience. In turn, society needs spiritual experience as well. However much an individual may feel affected or transformed by a given state of consciousness, the reality of it only lives on when others share in it, or at least when they benefit from the changes it had on us. I think this may be why Jesus, when he declared, "The Kingdom of God is within," used a word that also can mean, "The Kingdom of God is among (you)."

Here is another story from Oriental Humour,

"A man called at his landlord's and said, `I didn't know at all that you were ill. When I came back home today, my wife said that you had ophthalmia. How do you feel now?' The landlord appeared from within the dark doorway, squinting. He replied, `You're welcome, I feel better since yesterday.' Looking at him, the man said. `I see that you are not only suffering from ophthalmia but there is something wrong with your eyes, too.'" (Blyth, OH 549) 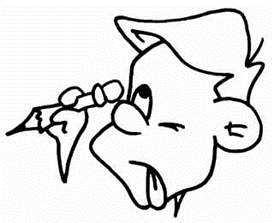 The authors of the book commented: "The great fall of man is that we use words that are meaningless, words like `God,' `infinity,' `the absolute,' `perfection,' and `opthalmia.'" A fable from Aesop (AE180), illustrates another divine lesson. It is that, as God puts it in the Bible, "my ways are not thy ways..." The story is called, The Ass Carrying Salt,

"An ass loaded with salt was crossing a river. He slipped and fell into the water and as the salt melted, he got up with a lighter burden. He was pleased at this and another time when he was loaded with sponges. He came to a river. He thought that if he fell in again he would come off lighter, and so he slipped on purpose. As the sponges filled with water it turned out that he couldn't get up and was drowned." 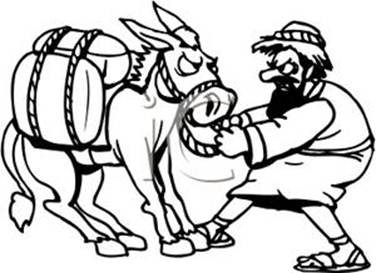 The fate of this ass shows the dangers of drawing spiritual conclusions from material evidence, and vice versa. Great is the incompatibility between these ways of thinking in our own lives. We can only judge of a religious experience by whether we walk away a better person, or have a lighter conscience. If we get stuck and drown, we know to avoid such things in future. Difficult as this is, how much harder it is to judge fairly the spiritual lives of others. Still, if large numbers of people live many generations in a given faith, we know that its beliefs cannot be wholly invalid. On the other hand, if a certain belief drowns its adherents in hatred and prejudice, it will not last long anyway. In that case it is not unreasonable to reject it and to consider its adherents as, well, asses.

The skeptic generalizes on the evidence of bad experiences by some and dismisses the entire enterprise of faith A Priori. For them, belief is a quagmire, a failure and a sorry waste of time. H.L. Mencken's famous quip sums up this rush to judgment,

"For centuries, theologians have been explaining the unknowable in terms of the-not-worth-knowing."

Others are not so hasty. Religion, after all, is a cultural universal. No society in history is known to have survived long without some sort of ritual, prayer, belief in God or gods, or other expressions of faith. As the proverb goes, "Big ship need deep water." Mind and consciousness need to take in the infinite, if only to recognize our helplessness before it. Having done so, we feel the better for it. Another proverb says, 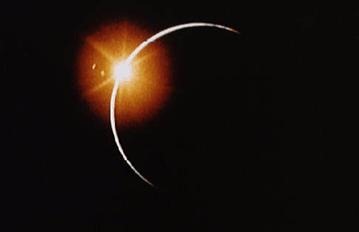 Even the most skeptical can benefit from stopping and entering into communion with the eternal, in whatever way works for them. We might take, for example, a walk in natural surroundings. Trees and grass have been around for hundreds of millions of years, after all, so every natural place is like a very ancient cathedral. Or we might enter a place of worship and there converse with God, or, if we prefer, with our higher, more distant and detached self. To stand in a place designed to reflect the aspect of infinity is always to be illumined, and later to see everyday problems in a different perspective. Of course, we can often gain spiritual maturity just from our daily service to others.

"On the morning I began my new job was an excavation company I found myself standing knee-deep in mud, holding a shovel. `You know, Jerry,' I remarked to the boss, `I signed on with this outfit to learn how to operate heavy equipment.' `Don't worry,' he said with a grin, `by the end of the day that shovel will be heavy enough.'"

Posted by badijet@gmail.com at 2:47 PM