A Confession of Faith 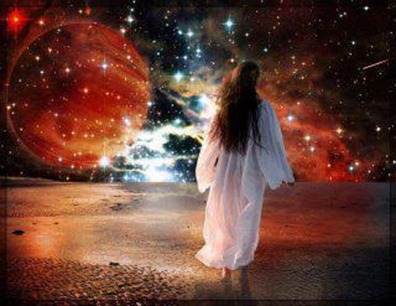 I had a discussion the other day with a dear but unbelieving friend about what faith is. Is it following blindly a set of ideas? Is it what the New Atheists say, holding to an irrational belief in the teeth of evidence? What does faith mean, anyway? I was reminded of a passage from Tolstoy's Confession, which influenced me quite a bit over the last few years. It defines faith as a sort of commitment to life; whether that life is present or eternal, there is the rub. Tolstoy holds that faith, belief in the value of life, starts by recognizing this formula, 0=0, ephemeral life equals nothing. Once that is honestly acknowledged, faith is whatever remains. It is what we value then. I will share the whole passage, but first, a brief discussion of the definition of faith.

First, I agree with my unbelieving friend that faith has several meanings, and that they tend to bleed into one another. This causes a great deal of equivocation. The result is distancing, a horrible sort of mental incompatibility where someone will believe in one thing, and fail to hear what those with other beliefs are saying. They may be close enough to hear one another's words clearly, but, in the image of the Qur'an, they resemble two people standing apart, at a great distance, shouting to be heard. So great is the chasm, the effort to communicate so arduous, that both give up even trying to comprehend. As Heraclitus put it, they know "neither how to listen, nor how to speak." (DK 19)

"Those without understanding when they hear are like deaf men; of them does the saying bear witness that `they are absent when present.'" (Heraclitus, DK 34)

Soon, each side begins to see the other as willfully ignorant. And again, there is the rub. The Qur'an teaches that will is of the essence of faith. No matter what, it is always a conscious decision to believe, or not to believe. That is why, ultimately, we are responsible to God for what we believe. There is a huge gap between us and Him because we have willed it to be so. Otherwise, God is "closer than their life's vein." Here is how Tolstoy understood his journey from distance to proximity, from belief in this life to belief in One beyond:

"If it had been thy Lord's will, they would all have believed,- all who are on earth! wilt thou then compel mankind, against their will, to believe! No soul can believe, except by the will of God, and He will place doubt (or obscurity) on those who will not understand." (Qur'an 10:99-100)

"Upon a further examination of the people in other countries, of my contemporaries, and of those who have passed away, I saw the same thing. Wherever there is life, there is faith; since the origin of mankind faith has made it possible for us to live, and the main characteristics of faith are everywhere and always the same."

"No matter what answers a given faith might provide for us, every answer of faith gives infinite meaning to the finite existence of man, meaning that is not destroyed by suffering, deprivation, and death. Therefore, the meaning of life and the possibility of living may be found in faith alone. I realized that the essential significance of faith lies not only in the `manifestation of things unseen' and so on, or in revelation (this is simply a description of one of the signs of faith); nor is it simply the relation between man and God (faith must first be determined and then God, not the other way around), or agreeing with what one has been told, even though this is what it is most often understood to be."

"Faith is the knowledge of the meaning of human life, whereby the individual does not destroy himself but lives. Faith is the force of life. If a man lives, then he must have faith in something. If he did not believe that he had something he must live for, then he would not live. If he fails to see and understand the illusory nature of the finite, then he believes in the finite; if he understands the illusory nature of the finite, then he must believe in the infinite. Without faith it is impossible to live."

"I looked back on the course of my internal life and I was horrified. It was now clear to me that in order for a man to live, he must either fail to see the infinite or he must have an explanation of the meaning of life by which the finite and the infinite would be equated. I had such an explanation, but I did not need it as long as I believed in the finite, and I began to use reason to test it out. And in the light of reason every bit of my former explanation crumbled into dust. But the time came when I no longer believed in the finite. Then, using the foundations of reason, I began to draw on what I knew to put together an explanation that would give life meaning; but nothing came of it. Along with the finest minds that mankind has produced, I came up with 0=0, and I was utterly amazed at coming to such a resolution and discovering that there could be no other." (Tolstoy, Confession, pp. 61-62)

Posted by badijet@gmail.com at 7:27 AM