Research Report on the second volume of my book

The first volume of Cosmopolis Earth was about John Amos Comenius (1592-1670) and his plan to build a stable democratic republic beyond national borders by raising up confederations based on the continents. Comenius proposed a particular division of labour among leaders designed to prevent the concentration of power that causes tyranny. He proposed a schedule for this unification that would do it gradually, over several generations, through a series of successive ten year cycles.

I am now working on the second volume of Cosmopolis Earth. In it, I will speculate about implementation of these decade-long cycles that Comenius proposed, concentrating especially on the infrastructure that is needed to carry out global integration in as soon as two or three hundred years. As with the first volume, Beyond Borders, I will share early drafts here, on the Badi' blog and mailing list, over coming weeks and months.

Preliminary Research Report for the Second Volume of Cosmopolis Earth 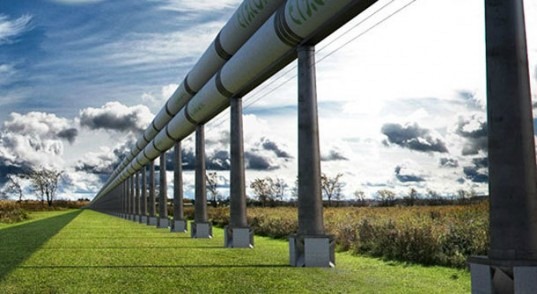 Researching the second volume of Cosmopolis Earth, I started with the keyword, "world belt," which I have been using for several years to describe the sort of infrastructure that I expect to come about as democracy goes global. Unfortunately, "world belt" turned up nothing on Google. Did I forget the real name, or is it a false memory? Or did the proposal for this project, run by engineers who were inspired by Buckminster Fully, I thought, just die? However, I did find something fairly close, called the "Trans-Earth Skyway System," though. The site describes this as a,

The site includes a map of the world showing how this "skyway system" would join and encircle the coasts of each continent. Passengers would ride in hypersonic trains through transparent tubes held high in the air, looking down at the scenery through glass observation windows. Because these tubes are evacuated, travel could take place at hypersonic speeds, tens of thousands of kilometers per hour. This is very different from the idea of Buckminster Fuller, who envisioned these tubes running mostly underground, which would allow for completely integrated, containerized intermodal transit. That is, passengers would ride in an independent seat capsule or cabin, and be switched invisibly from one mode to another, say, from an automobile, to a truck to a train to an airplane.

I suppose that the suspended, high-rise transparent tubes of the Trans Earth Skyway System (TESS), if technically feasible, would be ideal. Why not enjoy the scenery as you travel the continents? There would certainly would be less disruption if the TESS tubes flew overhead. The anonymous author of this site suggests that the land under the tubes be devoted to natural parks,

"Construction of the entire system will simultaneously establish a worldwide ecological economy, and literally unite the world beyond war."

I do not necessarily subscribe to this "build it and they will unite" approach, but if humankind ever did build an integrated transit, power and housing scheme, it would surely already be well on the way to unification on the global level. The TESS plan arose from another proposal, the Summit Bridge.

This is a proposed bridge across the Bering Sea, joining Alaska to Russia. We would start by building an artificial island at the midpoint of the Bering Sea, with two bridges joining it to the continents of Asia and America on either side.

"Welcome all peoples, this is the reunion of mankind, the global movement to end all war and terror on Earth, by construction of Summit Bridge and the Trans-Earth Skyway System." (<http://www.summitbridge.com/declaration_if.php>)

The site tells an interesting story about how this idea came about. It seems that in the depths of the Cold War, a certain US Air Force pilot flew his fighter plane along this flight path to the USSR. He did it as a peace protest, running the dire risk being shot down, which in turn would have started a nuclear confrontation. The site displays a map of the island and the bridge joining it to Alaska and Russia.

The construction of this Summit Bridge would mark the first time in 11,000 years that the Americas would be connected to the vast super-continent of Asia. It would be an historic event, which would then lead to the TESS, a rapid train connection of every continent with every other. While expensive to construct, it would just require that we redirect a portion of the massive funds now wasted on armament, weapons research and the military.

Instead of eliminating defense budgets, that is, the money could be redirected into the Summit Bridge, and then universalized to the TESS megaproject. This would contribute more to real defense and security than anything that mere military expenditures can promise, since it would make every continent part of the same homeland. Undoubtedly, since defense budgets have expanded tremendously, to the tune of trillions of dollars per year, there should be more than enough funds available not only to finance the TESS, but also to build it entirely out of crystal, gold and diamond.

Next time, I will discuss the other features of the TESS proposal, some of which were entirely new to me.