Cleaning out the Grime

I am still working on the seventh draft of my book about the peace plan of John Amos Comenius entitled: "Persons Beyond Borders; Essays about John Amos Comenius and Universal Reform." My plan is, when this revision is finished, to hire an editor to go through it and then publish the book myself through the on-demand publisher Lulu. This firm, founded by the Red Hat Linux billionaire, who is from my hometown of Ancaster, Ontario, permits your self-published book to be sold through Amazon and other bookstores' electronic book services. After a year or so, during which I will write volume two and three of this series, I hope to have a better idea of how saleable the book series is, at which point I may approach professional publishers.

Here is a relatively new addition to the book, a draft of an essay about a model of Comenius often used for getting rid of corruption. 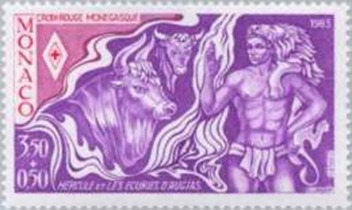 Brute force solves some kinds of problems but not corruption. Like death itself, corruption will always be with us, an irremovable shadow of life itself. Cells even in the healthiest bodies are programmed continually to die in their billions each day and be recycled in a process known as apoptosis. The only way to keep ahead of corruption is to apply wisdom and prudence. In order to illustrate this, throughout Panorthosia, John Amos Comenius refers back to the fifth labour of Hercules. For him this a perfect demonstration the cleverness required to cheat corruption.

"The history of mankind contains many examples of the success of wisdom and prudence where physical strength has failed. The labours of the ancient hero, Hercules, have become proverbial, and his cleansing of the Augean stables is specially appropriate to my theme." (Panorthosia II, Ch. 3, para 23, p. 77)

The mess that Hercules was tasked with removing in this labour is a familiar story but bears repeating. Generations of neglect at the world's largest stable had seen mountains of manure accumulate. Taking a pick and shovel to it would take too long, even for Hercules, proverbially the strongest man. There seemed no non-destructive way to plow it away, since the manure was intermingled among many fences and buildings. Fire, explosives or other quick extraction methods might destroy the stables along with the ordure. Comenius describes how this Greek hero, later a demigod, solved the problem.

"According to the legend, Augeas, king of Elis, had stables holding three thousand oxen, which had never before been cleaned out. But when the task was given to Hercules, he channelled the waters of the river Alpheus into the stables and so had little or no difficulty in washing out the muck of thirty years." (Panorthosia II, Ch. 3, para 23, p. 77)

This clever problem solving technique for Comenius is a perfect demonstration of the crucial difference between ordinary change and universal reform, between normal human measures and those of the spirit. Indeed, at one point he refers to a "divine Hercules" -- not that he imagined that this brutish Greek hero was a saint, only that his sagacious master stroke on this occasion resembles the methodology taught by God.

"The story as told by Homer, whether it be fact or fiction, is certainly clever, and I shall try to show how we may copy it in our plan of campaign for reform. (1) All schools, all churches, all political systems, and all human affairs at present closely resemble the stables of Augeas, a mass of sordidness which no human effort could remove. (2) Only the river Alpheus has the virtue to cleanse all this (3) Our task is simply to accept the Alpheus which God has given to us and channel it into all our Augean stables." (Panorthosia II, Ch. 3, para 24 & 25, p. 77)

For Comenius, the name of this river, one of two redirected by Hercules, offers a hint as to how divine principle operates. It is no coincidence that the name, "Alpheus," resembles the first letter of the Greek alphabet, Alpha. The river Alph runs up the side of Mount Olympus, and is best known to English speakers as the sacred river in Coleridge's poem, Kubla Khan. Letters make up words, and words in themselves are a divine force. As John the Evangelist put it, "In the beginning was the Word." By redirecting this "alpha" river towards the stables, Hercules, and metaphorically all mankind, were unleashing the stupendous force of information. Once we learn to direct the power of language, the written word and other information technology in the right direction, a torrent will wash away all corrupt knowledge. 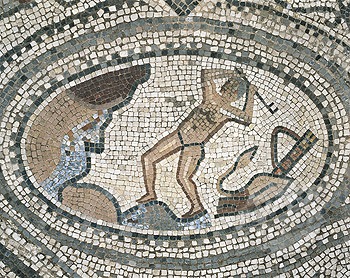 As soon as we inaugurate the College of Light, falsehood will be quickly and automatically erased, human worship will be purified by the Consistory, and the Dicastery will do the same with our "system(s) of government".

"There is mystery in the very name Alpheus. The Greeks have Alpha for the first letter of their alphabet, and so they apply it to anything that is first of its kind, in the sense in which the Latins use the terms `head' and 'fountain' for any original source. The key to our problem, therefore, is to understand the fountains and heads of our teaching, our religion, and our politics from which flow all our knowledge, worship, and system of government." (Panorthosia, Ch. 3, para 31-32, p. 78)

I find it ironic that this challenge given to Hercules seems to be quite literally the same thing that confronts humankind today. Hercules had to clean out ox manure, we must scrub the atmosphere of accumulated carbon. More ironic, much of this CO2, studies indicate, comes from the belching of cows. There is not much to choose between being clogged up by ox or cow excreta.

The entire cycle of nature, scientists now recognize, is being corrupted by a massive, unchecked outflow of pollution, including soot and toxic chemicals as well as greenhouse gases. Like the stables of Augeas, waste is accumulating in air, land and sea, and has been doing so over many centuries. Like that negligent king, we are being bankrupted while our planet's natural coping mechanisms have been overloaded and are beginning to break down. Even if industry were to stop dumping waste, we still would be charged with the Herculean labour of cleaning it all up in order that, at the very least, Earth's climate will remain livable. 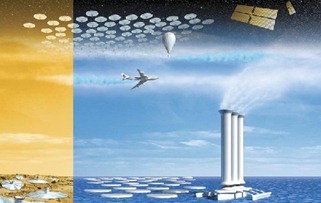 Is there another Alpheus river that engineers could redirect somehow to wash greenhouse gasses out into space? Probably not. This story corresponds with our present quandary perhaps closer than Comenius may have expected. However, his point that it is a parable for wisdom still applies. We may not have a physical Alpheus, but metaphorically, if we return to first principles and raise simplicity and temperance to be universal values, the problem solving would surely become as clever and effective as Hercules.

Posted by badijet@gmail.com at 1:33 PM