I have been thinking of little this spring and summer other than bicycles. As I was visiting a bicycle store in Westdale, I came upon a book store which had a book called "Bicycle," (http://www.amazon.com/Bicycle-History-David-V-Herlihy/dp/0300104189) a history of the invention that I regard as one of the greatest of our age. I immediately bought and devoured it. 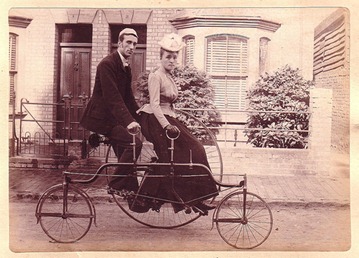 I did not realize that the idea of paved roads and automobiles and even airplanes grew out of the first bicycle craze in the 1890's. That is, they grew out of bicycles, not the other way around. Plus, the velocipede, a running aid more than a means of transport, was around for fifty years before anybody, with only a couple of exceptions, ever thought of putting pedals on them. Both started in France, and their word for bike, "velo," reflects velocipede rather than the more recent bicycle, also originally a French word. There will be bicycles, I would be willing to bet, long after the last automobile has been dumped in a metal recycling deposit. There is much in this history of the bicycle that I found fascinating and surprising.

I just read another book called "Bicycle Diaries," by David Byrne, a musician in a group called Talking Heads (see: http://www.davidbyrne.com/art/books/bicycle_diaries/). When the group goes on tour, he packs a foldable bicycle as a second suitcase and, when he arrives, he rides the bike around the city in which the gig takes place. In this way, he has not only gone to most of the world's major cities, thanks to the bicycle he has actually seen and toured them first hand. 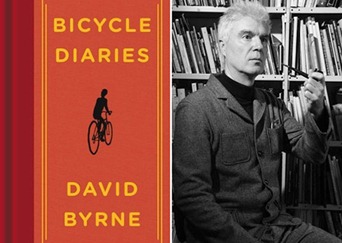 Bicycle Diaries is the product of Byrne's meditations about what he saw. Written around 2005, the start of this most recent bike boom, Byrne's book reports on what has only recently crept up on me as a new thing, that we are in what could be called the "post global warming bicycle boom." It must be at least the fifth bicycle boom during the past two centuries. This boom was just getting underway when Byrne wrote his Diaries. Only now is this boom noticeable around here.

One of the exceptions to the boom, he finds, is Buenos Aires. It simply does not have biking as part of its otherwise rich culture. During his week long visit he only encounters one or two natives on bicycles. His use of a bike to tour the town with is so unusual an event that his adventure is written up as a feature article in the local newspaper.

European cities, on the other hand, have bikes engrained in their culture, but not in the way we do here. There, you commute and shop with a bike, and install carriers on front and rear. He remarks that they not only dress in ordinary street clothes when they ride, they actually look elegant. In North America, biking is more a sport and recreational activity. For a long time, bikes sold here did not accommodate mounts on which carriers can be placed -- including one bike that I recently bought. That, however, is starting to change. 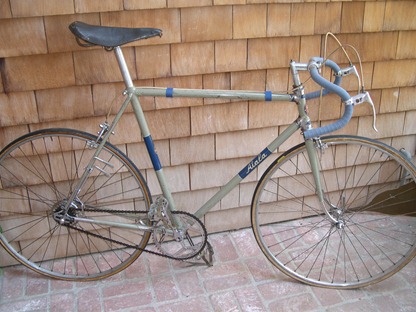 As I write, I sit by our bay window over Lock Street here in Dunnville and look out at the street. Since spring arrived, from early morning to late in the evening, bicyclists ride by every few minutes. Not as often as the roaring cars, but surprisingly often. When we travelled to Quebec City in May, and I found myself taking photographs of bicyclists far more than the usual tourist attractions. I will share the pictures with you soon enough.

I told my elderly neighbour about my new interest in bicycles, and she reminisced about the days in the Nineteen Eighties when she owned a flower shop in town. Her late husband never had a license or owned a car, but you do not need to in this part of town, since all the conveniences are within easy walking distance. She became known to locals as "the lady on the bicycle." It was such a rare thing to ride a bike back then that this vague descriptive sufficed. Now you would have to say something like, "You know, the lady on the green [product placement expunged] beach cruiser."

Posted by badijet@gmail.com at 2:00 PM