A certain Baha'i publishing trust noted that I am a blogger a few years ago and sent me a letter in which they promised to send me a newly published book, my choice of three options, if I would review it on Amazon and one other site whose name escapes me. I chose my book and although it was not without merit overall I was not pleased with it. I had more negative opinions than positive ones. I chose a "silence is best" policy and did not review it (another reason for not writing about it is that I could not get more than fifty pages into it). Anyway, I felt slightly bribed. If that ever happens again I think I will refuse the offer, book lover that I am. If the New York Times insists that its reviewers give back or otherwise dispose of whatever product they write about, I think that a Baha'i should adopt an even stricter standard.

One book that I bought (with my own money) last summer is "Follow the Instructions" by Jenabe Calwell. I met Jenabe in 1975 in Alaska. He was a very inspiring speaker -- do not take my word for it, you can hear a podcast of an interview with him from "Baha'i Perspective." Anyway, when I saw this book, published in India and very reasonably priced. Naturally, I snapped it up. I think this, if any, would be a good book for the institutions to purchase and hand out to every believer who is involved in more than casual teaching work. 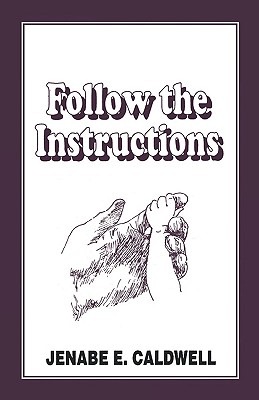 Now I know what older Baha'is will immediately think when they hear the name "Jenabe Caldwell." He is just so old school, they will say. Caldwell was the leading "evangelist" of the quasi-revival movements, officially termed mass entry, during the late 60's and early 70's. He tells the story from the inside, and most of his stories are very inspiring. Clearly, he was learning as he was going, and he was doing all he could to stop the mass exits that followed the mass entry. We have got to pay close attention to what Caldwell says, since he speaks from several decades of experience in direct teaching, in leading and inspiring mass teaching projects. What he says is absolutely invaluable.

I got up to chapter nine in the book, called "Tender Loving Care, (TLC)" and stopped reading for several weeks. It is not that what he said was bad or anything like that. It was just stunningly thought provoking and stopped me cold. The chapter consists of an old letter he had written just after the event; it describes how he met with disappointment organizing a teaching initiative in Mexico. It is a kind rambling letter, no inspiration or literary glitter, but the implications are mind boggling. What it describes is this:

He carefully nurtured and involved two believers for an upcoming project. One of them had been inactive and the other was a new declarant, as I recall. Caldwell was called away somewhere else but he sent these two believers off to help out with an urgent teaching task in a distant city. They had gone way out of their way to get there at all. When they arrived, essentially they were snubbed by the believers who had been sent to meet them and settle them into the project. Passively snubbed, but stubbed nonetheless.

Understandably, they went home soon after and that was that for them. Caldwell concludes that the believers need special training at meeting, greeting and making people feel welcome. If we do not give Baha'is this training, the entryway into this Faith will stay a revolving door, pushing as many people out as it lets in. Unless we get this training, disappointments will keep happening and the Faith will never grow. 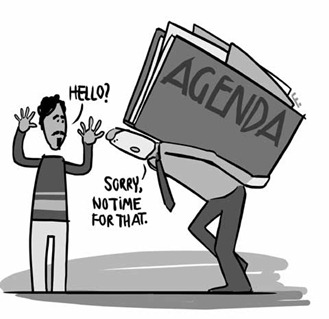 For weeks, as I say, I have been mulling over what Caldwell says about special training. He hit the nail on the head with his point, commonplace as it is. If we are ever to get past where we were in the 60's we need to offer TLC to anybody and everybody who crosses the threshold into the faith. To use the current jargon, it has to be part of the culture, it has to be systematic. I think of all the times I have walked into Baha'i meetings in a big city and the same thing happened. Passive snubbing. Even when I am well known to just about the whole community, I can walk in, sit down, listen, and when the meeting ends walk out without more than a few nods and how are you fine how are yous and that is it. I come and go like a thief in the night. As long as anybody can go out of a Baha'i meeting and walk a block away to a local church and be greeted with at least a handshake when I walk in and a handshake when I walk out, who do you think is going to attract more people?

I have been going over in memory the training in the Ruhi institutes and trying to think of how they correct this TLC deficit that Caldwell points to. Maybe institutes do in very general terms, but what he is talking about is specific training in the specific skill of meeting, greeting and offering hospitality. This is just what every minister does at every church door after every Sunday service. It is more than that, of course, but I am talking about the bare minimum. As Caldwell puts it, TLC. Honestly I cannot think of anything in Books One to Six, or Book Eight, that addresses this need directly. Maybe my readers can point to something.

What we need is for every LSA in big communities to assign a certain number of community members to get special meet, greet and hospitality training. Use them like knights to guard the doors at every large meeting. Keep the training up constantly, in the same way that a cop or teacher has to regularly take courses keep his or her training current.

Call them the knights of the crimson book, or use Caldwell's term, a "TLC committee," or call the group the "AHW1 Society." AHW1, of course, is the first Arabic Hidden Word, which promises a different sovereignty, a sovereignty of love, to anybody who shows forth a "pure, kindly and radiant heart." Let the training start with careful study, a la Ruhi, of the first talk in Paris Talks, the one which lays out everything that "greeter training" is aiming for, that is, taking people into your heart, your home, inviting them to stay, no matter what their background, without worrying if they steal your cutlery, just do it, spiritually. Unless we start such a program going, and do it soon, the present program for mass entry will get no further than its predecessors did in the 1960's and 70's.

Abdu'l-Baha Himself told the following story illustrating His opinion that this factor, the effective, skilled and assiduous promotion of a cause by its followers, is a Sine Qua Non of success. The popularity of a group is not necessarily tied to its truth or real worth. Conversely, a worthy cause, even that of God Himself, can be unfairly neglected if its lovers and followers are neglectful.

"Nur Ali-Shah was rejected by both the government and the people. He became homeless and an exile. He could not live even in the holy shrines because of the transgression of the religious authorities against him. At the end, he died in Baghdad. 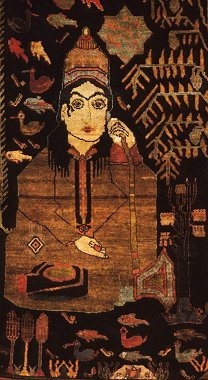 "A few of his servants, who were living in extreme poverty and adversity, were very sad on account of his calamities and homelessness. With much sincerity they began to commemorate his name. Since they did this with great sensitivity and devotion, each one of them became very famous, honourable and respected among all the people. Everyone was amazed at this. Even many of the ministers of the king and the members of the clergy became their close friends and devotees. All of this took place, despite the fact that his cause was not very important." (Stories Told by Abdu'l-Baha, #111, pp. 120-121)

Posted by badijet@gmail.com at 8:50 PM

1. I have noticed this characteristic for a majority of my Bahai life, ESPECIALLY HERE (most Bahais are Japanese, but their comfort level with foreigners, still needs attention).

2. Last night my wife showed me a part of the program she recorded. Right now one of the hot new media celebs. is a female business sales-staff consultant. There was a reenactment of a bit of her childhood and young adult life, showing the hardships she endured. From her second sales staff position, she excelled at every job she has had. Now she conducts 300 training sessions a year, and she is booked up for the next 2.5 years. So we saw a real experience of the TV interviewer joining one of her training seminars, and then her guided training conducted in the merchant's shop (Kit Kat goods shop in Tokyo). As a standard she promises that sales during her guided training period will be double the usual amount. In the case of the Kit Kat shop, it was only 3.5 times what the usual sales were for those days. So what does this woman teach? "High Energy TLC". Not faked TLC. As she says, in Japanese, you have to believe before you can convince the customer you are sincere." Oh I haven't mentioned how she arrived at this conclusion for herself, and developed her pitch.

Oh, I remember Janine. I haven't thought of this name in a loooooong time. It was his "ex" that I was closest to.
You have hit the nail on the head regarding the Bahai here in Japan, when you go to the Bahai centers. If you enter people's homes it is a different matter. And I have felt that way when I entered the faith through a personal fireside. But we really noticed the difference, which supports your comments when we moved to California and attended feasts at the LA Bahai Center.

Oh. I realize I have mixed Jenabe Caldwell with another "big name" teacher that I used to hear/see during those days in Atlanta Ga. My apologies.

well put; i'll pass your blog on to our LSA in Pasadena, CA. I read the book early. I inhaled it. I read all memoirs re early believers. Our methods may change but we must never let anyone feel as if they are a lone bean in a coffee jar. Gratitude