On Fools and Doctors

A Thought about Wisdom, Medicine and Doctoring 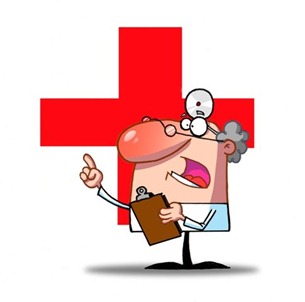 Forty years ago a prescient article appeared in World Order Magazine that predicted the runaway expansion in the price of health care that you read about now every day. It was "Scientific Medicine and Health: A Case for Reappraisal," by a philosopher of science whose work was in public health, by the name of B.B. Page (Summer, 1977). Now that drugs and big pharma are so much more wealthy and powerful, I look back at the recommendations in that article and wonder why nothing was done to change the current model of medicine. Our memory is so short. I first read that article in World Order I was a teenager. Now the magazine itself is defunct. I had almost forgotten about it when, lately, I was going over the writings of Comenius and found that he made the same prediction. As long as we do not pay attention to living a wise lifestyle, health care will expand indefinitely in both expectations and costs. And Comenius was writing back in the 1600's!

Here is the passage I am thinking of.

"Let me quote some examples to show how previous cures have merely aggravated the diseases! Medicine is an important branch of human knowledge. Let us see how it has grown and what it has achieved! In olden days men knew only one cure for diseases, and that was frugal living.

"When in course of time they indulged in luxury and intemperence, different diseases broke out. Men sought cures for these and found them in a rudimentary but satisfactory form. As the diseases spread, so the art of medicine improved, and this became a continuous process. The art combats diseases in every possible way, and in turn the diseases combat the art.

"While the latter achieves an infinite variety of cures in human bodies, it also stimulates the growth of countless seeds of diseases (otherwise dormant), and so men rush into all kinds of intemperance and risk the pains of hell and ruin their health, only to find in the end that the medicine upon which they rely is failing them. Hence it would appear that the happiest men today are those who know nothing about medicine and have no use for it, but who behave with such moderation that the need for it never arises."

I regard Comenius as a minor prophet. Call him the prophet of education and world government. One writer, Jalalu'Din Rumi, was writing in Persia around the same time as Comenius. Abdu'l-Baha confirmed that in fact Rumi was a minor prophet, that is, a messenger "without a book," meaning a book revealed directly by God. Rumi of course wrote several books of both prose and poetry. Anyway, one of my favorite stories (it is more of a joke than a story) of Rumi plays upon the same theme that Comenius is talking about above. 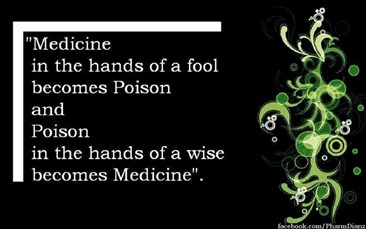 Rumi tells of a fool who, noting that the world's best doctor is living in his village, decides that it is a good idea to drink a vial of poison. Why waste the talents of such a brilliant physician? Why make his job easy? He will become a better doctor if he has to cure me, says the fool to himself. Such is the folly of us all today. We live sloppy, lazy lifestyles, pump ourselves with garbage disguised as food, and then hope that the health system will save us from our sorry sinning against the human body.

Recently a study by the Einstein School of Medicine of a small Jewish population with similar genes show that the centenarians among them were no more likely to live a "healthy" lifestyle than those who died before age 80. So this kind of makes you wonder....

Sounds like Comenius is right up there with notables such as Plato, Socrates, Confucius and Lao-Tzu.

"He who controls others may be powerful, but he who has mastered himself is mightier still."

"I have just three things to teach: simplicity, patience, compassion. These three are your greatest treasures."
- Lao-Tzu