For millennia women were blocked from the workplace and public life; in that sense they were oppressed and could not live up to their full potential. However, it would be unjust to depict women in history as helpless victims incapable of contributing to those around them. Quite the reverse. We often forget that women as homemakers in the traditional extended family had a complex and extremely responsible management position.

A famous passage in the 31st Chapter of the Book of Proverbs pays high tribute to homemakers in the ancient world. It points out that her well-run household made a decisive contribution to the success of culture, and -- to use modern language -- it made women prime drivers of human evolution.

"Who can find a worthy woman? For her price is far above rubies. The heart of her husband trusts in her. He shall have no lack of gain. ... She is like the merchant ships. She brings her bread from afar. She rises also while it is yet night, gives food to her household, and their task to her servant girls. She considers a field, and buys it. With the fruit of her hands, she plants a vineyard. She girds her loins with strength, and makes her arms strong. ... She looks well to the ways of her household, and does not eat the bread of idleness." (Proverbs, 31:10-16, WEB) 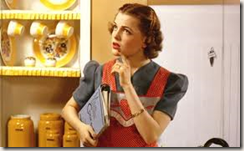 In that age, women were generalists; they had a hand in every phase of economic activity, from clothing manufacture to import and export. But more than that, a homemaker played a leadership role, making major economic decisions all down the line. She managed the entire work of agriculture, from seed to field to dinner plate. Another passage mentions the superior generosity of women in helping the poor. "She stretches out her hand to the poor; Yes, she reaches forth her hands to the needy." (Proverbs, 31:20, WEB) That tendency persists among women, married or not, and has been confirmed by many studies comparing men and women's charitable donations.

Female managers were involved in every phase of manufacture, which enabled them to appreciate the world holistically. This gives a good sense of why so many cultures personify wisdom as a woman. For example, for the Hellenes wisdom was Sophia, who embodied the "female" attributes of the Godhead, such as kindness and compassion. A woman, therefore, could "open her mouth with wisdom,"

"Strength and dignity are her clothing. She laughs at the time to come. She opens her mouth with wisdom. Instruction of faithfulness is on her tongue. Her children rise up and call her blessed. Her husband also praises her: `Many women do noble things, but you excel them all.' Charm is deceitful, and beauty is vain; But a woman who fears Yahweh, she shall be praised. Give her of the fruit of her hands; let her works praise her in the gates." (Proverbs, 31:25-31, WEB)

A wife and mother had to be a wise manager, since she had discretion over the well being of several people, what they ate, how they dressed and, no doubt, even their happiness. A wife or mother just had to look into the faces of her charges to see how diet and lifestyle were affecting their condition. She was fully in charge of putting food on the table, and could adjust diet, meal times and eating habits according to what she saw. She could respond to subtle dips in health. She made substantive decisions about what plants were grown, indeed whatever went into the mouths of her family.

Starting in the mid-Twentieth Century, women started to swing away from anchoring the home. They entered universities and took on full time jobs outside the home. At that time, obesity rates began to climb until now in North America the majority of the population is obese. This is happening around the world as the Western diet takes over, in both poor and wealthy nations. At the same time, women lost the control they once had over diet. Powerful corporations, whose primary concern was not welfare but profit, took over food production, preparation and service. 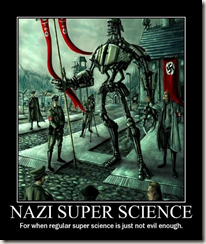 Their power was bolstered by corrupt science, Homemakers and children were inundated with propaganda, confused by a succession of fad diets and news of miracle ingredients in certain foods, from antioxidants to low fat yogurt. Industry reaped tremendous short-term profit, but the incidence of chronic diseases rose alarmingly with each decade that passed. We need but glance at a crowd of average people to see how many fat, flaccid bodies are among us, and how necessary the oversight of a competent homemaker once was for our health.

Flora Tristan planned her worker's palaces as a way to do the reverse of the trend that is now going on. They would be amplifiers of female leadership, not rivals or replacements. Far from exploiting human vulnerability, worker's palaces would be not-for-profit organizations located at the heart of each neighbourhood.

Flora Tristan proposed that worker's palaces particularly emphasize the equality of women vocationally, by allowing girls to enter their schools in equal numbers with boys, as well as industrially, by subjecting housework to the economies of scale that even in the 19th Century were commonplace in industry. Its kitchens would feed residents, and kitchen gardens could also grow vegetables. They could also deliver hot meals to households all around, reducing the cooking burden of local homemakers. Their prominent, central location in the neighbourhood would make quick, on-time delivery possible. They might also send out cleaning crews to area homes, as needed, at a low enough cost that everyone could afford it.

As mentioned before, the palace would make every effort to include and gain the support of everyone in the community. Children from rich families would study along with orphans and pupils from poor families. For residents of the worker's palace, and students in their schools, the daily schedule,

"would still permit time to give him proper care for his teeth, hair, and feet. His body would be strengthened through appropriate work, and he would be given food best suited to his temperament. Various diets would have to be followed: meat and wine for some; vegetables, fruit, and water for others. The Union offers such great advantages that everything seemingly impossible to us in our individual households becomes simple in such a vast organization." (Worker's Union, University of Illinois Press, Urbana, 1983, para 65, p. 122)

In this way palaces would lighten the burden of household tasks and free women to participate as much or as little as they chose in the workplace, the home or the local community. These palaces of labour would give women the chance to devote their entire life to a career or, alternatively, to follow in the old homemaker's footsteps by overseeing the entire food preparation process, from planting to serving dinner, without the drudgery (or, alternatively, the array of servants) that was needed for pre-modern household management. Similarly, a palace might enable them to oversee the design and production of clothing in its textile workshop. 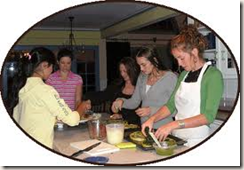 Needless to say, erecting such palaces in every neighbourhood would be an expensive proposition. But since it would also house workshops for members of every trade and profession in the area, they, as part of her Worker's Union, would contribute from their wages and pension plans to the palace's expenses. Other sources of funding come from every level of society, as well as part of the profits from productive work done by residents of the palaces themselves. As hinted at last time, the cost of building palaces would be a sensible way to spend the vast reparations fund that the global financial system owes to women as compensation for centuries of exclusion from most professions.

Flora Tristan envisaged worker's palaces as a way permanently to end indigence, that is, what we now call homelessness and unemployment. Everything they do is dedicated to encouraging full employment and universal participation in the workplace, either as a volunteer or a professional. This is because, like many previous thinkers, notably Plato and Comenius, she saw the origin of corruption in the failure of society to involve everybody in some form of productive work.

As part of this project, palace schools would introduce every child, rich or poor, to labour, both skilled and manual. Applying the latest educational theories, they would train each student in no fewer than two manual trades. But the emphasis would be on following their own interests, not forcing them to work.

"As for vocational training, each child would choose the trade he feels the most suited for. Besides all the other work, he would have to do, upon leaving the palace he will have to be a competent worker in at least two trades." (Worker's Union, University of Illinois Press, Urbana, 1983, p. 122)

Although established in adult education, her idea that children too should be allowed to choose their own course of studies is rarely allowed by mainstream schools, even today.

Another reform Flora Tristan put forward was profit sharing, even for children learning and working in the Palace's vocational school. This is rare enough even for adults -- or at least it is outside of Europe, where cooperative companies are among the largest employers, especially in Holland and Spain. Furthermore, Tristan suggested that profits from their work be used to motivate the

vocational training of children at a very early age.

"In order for him to become interested in work, as of the age of ten the child will be eligible to share in the profits produced by the work in the establishment. This amount will increase every year until his departure at the age of eighteen. Half will be given to him as a trousseau made in the establishment and the other half in money." (Worker's Union, p. 122)

Writing before child labour laws, she suggested between the ages of six and ten that students would begin to be paid out of their share of the profits of their work. She also suggested that palaces maintain a steady flow of adult guests and boarders from diverse backgrounds. In this way young people would not grow up parochial or prejudiced as a result of having friends and acquaintances from a single mould. This also is a reform rarely attempted today, where age segregation throughout schooling is all but universal. By fearfully "protecting" children from contact with friends and co-workers of many ages and cultural backgrounds, we deprive the entire society of the benefits of wisdom, and we stunt the development of democracy.

This way, palaces would provide essential social services at the most local level possible. Their robust, face-to-face social services would endow homes, the neighbourhood, city blocks and wider districts with more prominence than we do now. Today, centers of wealth and power hide beyond the horizon, usually hundreds of kilometres away. The principle that it is most efficient and for social services to be done as close as possible to those who run and benefit from them is called subsidiarity, which we shall discuss in greater detail next time. Worker's palaces in every locality and region would give the body politic ballast, allowing a balance between the personal and the public, and local and global policymaking.

Posted by badijet@gmail.com at 4:54 PM