Legislators often give visitors and school tours limited access to their facilities. In recent years, parliaments, senates and congresses have been invaded by live video feeds and entire television networks are devoted to politics. As we transition from nationalism to a cosmopolitan order, contact with the public will become ever more prolonged, meaningful and intimate. The former hard lines between ruler and ruled, between insider and outsider will break down. Observers will become participants as, eventually, participatory democracy replaces leadership by proxy, that is, representative democracy. It happened, albeit briefly and in an incomplete way, in Ancient Athens. It can happen again.

Like any plan, the plan in Panorthosia is not without its biases; it definitely puts some sectors of society before others. However, it picks the right parts, most notably teachers. Teaching (not prostitution!) is truly the oldest profession. Without it, we would sink into barbarism in less than a generation. So yes, teachers must come first in any global plan. Comenius's system is designed for educators by a major educational theorist. 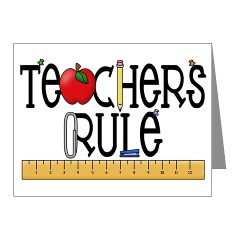 Not, of course, that teachers will need any special favoritism under this plan. As the structure of universal reform is erected, teachers will surely come to the fore on their own in every aspect of public policy, elbowing out the power mongers, lobbyists and partisan pretenders who now obstruct our progress.

Most importantly, will surely include the world's largest industry, tourism. As teachers learn to mold the travel industry to educational ends, tourism will cease to be a mere commute or an idle, random amusement. It will be an integral part of everyone's pursuit of perfection. Our main reason to move around will be to further our own investigation of truth. This will especially be the case in governance.

Tourism will take on a more central role in every phase of management. Government buildings will be erected for edification, their entire design welcoming guests and accommodating tourism. There will be intermixing and visitation in the halls of power to an unprecedented degree. To our eyes today, the seat of government will resemble a theme park more than the solemn, imposing buildings we see now.

As we have seen recently, the first priority of the tourism industry must be to get as many leaders and young people into orbit as possible, if only for a few days at first, then as prices drop for a full two week stint. If we have to, give select tourists free passes. We must do whatever it takes to see that selected leaders of thought and influential people of this generation and the next see what astronauts, cosmonauts and taikonauts have been observing for many years. Whatever it costs, it is worth the price. It is scandalous that the ISS, the world's most expensive structure, is orbiting without an observatory able to accommodate large numbers of space tourists. 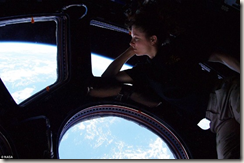 Seeing our Earth revolve below our very eyes is the quickest and probably the only way to wake large numbers of people from what Kant called a "dogmatic slumber." It is the only likely way to awaken religious leaders from their parochial, sectarian slumbers. Is is the only likely way to awaken scientists and science policy makers from their turpitude, their sorry lack of influence in progress, or environmentalists from their stupefied denial of cosmopolitanism, the only way to save earth's natural beauty.

Throughout history only a few great minds have succeeded through main ratiocination to awake from dogmatic slumber and observed with their mind's eye the unity of humankind and the planet on which we live. These include, most notably, Socrates, Plato, Kant himself and, of course, John Amos Comenius. Covering all three cosmopolitan aspirations in a single paragraph, Comenius wrote,

"Just as the universe of things, granted to us to behold, is one coherent and unbroken unit, so its beholders should be united to help and not hinder one another. And just as the globe of the earth is one, and is not divided but rather held together by mountains, rivers, and the seas themselves, so the masters of the earth and its inhabitants, should be as one, combining forces everywhere in the cause of peace and concord, and no more attacking one another than the earth beneath them attacks its parts. Lastly, just as God the Creator and Saviour of all is one, so all who worship Him should be as one." (Panorthosia II, Ch. 10, para 12, p. 157)

The rest of us mere mortals must see for ourselves the vision of the peaceful revolution of our beautiful planet before we will awake, before we can every hope to see how it is possible to revolve in the same way, to make great changes in total, silent harmony, without violence or conflict. Once we see that, we also will need to see universal governance itself in operation. That is why, as soon as Comenian institutions are erected, they will open for as much tourism as is practicable. 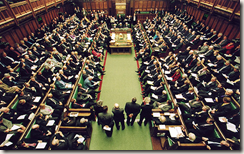 How would a typical capitol building look? Let us describe the fora and observation decks of Terra City and the continental capitol buildings. No doubt the same basic architecture will characterize every level of cosmopolitan government, from homes to city hall to the orbiting station itself.

Lower and outer levels of the building are designed in the normal way. The space is dedicated to meeting rooms and offices for workers, leaders and their support staff. Inside, though, is where group research, conferences and other public deliberations go on. Here officials and elected politicians consult in multi-media consultoria (consultoria will be described in detail in later volumes of this series) that are situated in the center and middle level of the building. A large plenary meeting chamber in the center of all has glass ceilings, making what takes place there wholly visible and audible to observers on the upper level.

Below the transparent ceiling, overlooking the main room, is an observer's gallery. Above the ceiling is an upper level, a museum area entirely devoted to tourism, education and intermingling with occupants of the building. This top floor area is covered over by a transparent dome, letting in ample light for the museum area's plants and gardens. Sunlight also filters through many fissures and windows to the lower levels as well. Spread throughout are displays and interactive exhibits designed to introduce tourists and pilgrims to what policy makers are deliberating upon just below.

Posted by badijet@gmail.com at 3:46 PM

Tourism is a useful topic for me. I have class with a majority of affluent middle class retired people who have or continue to travel frequently for pleasure. it would be nice to know how to plant seeds to suggest a plan on what to look for that would be spiritually useful before they leave on their next trip.

Having read George Monbiot's "Heat," I would recommend not flying anywhere, at least until they figure out a fuel that will not feed global warming from earth's most vulnerable point, the atmosphere. That leaves lots of options open for local travel.

My book proposes long distance travel by evacuated tube transport, which can go at hypersonic speed, 10K MpH plus, without pollution.