In order to become cosmopolitans, we must all agree that teaching is not just for professional educators, that politics is not only for elected politicians, and that charity and good works are not only for clergy and committed believers. Somehow we need to prepare and involve everyone on the planet in such universal human concerns. While it is easy to agree that this is a good goal in principle, the unspoken but unavoidable question of our age is how to put it into action. 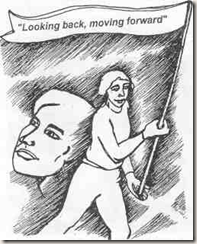 We are considering a world embracing plan to do this. It lasts one decade, then regularly starts over from the beginning, repeating like the days of the week or the months of the year in a calendar. The first year of the decade, the year of enlightenment, is exclusively devoted to the individual, who sets an agenda of recreation, reflection and contemplation for herself. After that, nine social principles follow, three of which are handled by each of the three cosmopolitan institutions in turn.

The decade is not only repetitive but also recapitulating, since it is designed to inform a planetary curriculum. Thus the opening month of the school year, September, focuses on year two's principle, unity in diversity, October on science and research, and so forth. Here is the complete list of the months that recapitulate the decade:

In this way the principle years of the decade fit into the school year, giving educators a ready-made framework around which to build their lesson plans and integrate them with what will be of major concerns when childhood ends.

What about the first year of the Comenian decade, the year of enlightenment? This is the most important year, the only one devoted solely to personal development. But Kant called this the "year of release from tutelage," so it would be contradictory for teachers to try to interfere with what should be an entirely self-directed process. If so, why not devote the entire three months of summer vacation to the content of the year of enlightenment? As they relax, students can concentrate fully on their own quest for enlightenment, for liberating themselves from slavery to externals? Then, when September comes around, each student will be intellectually, pragmatically and spiritually prepared to throw themselves into the application of principle in the social realm. 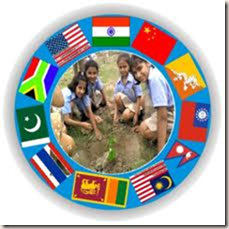 The plan revolves around service projects based on these nine principles, years and months. It would be against the spirit of Homo Universalis to specialize in only one of the nine; each project, therefore, is guided by a relevant branch of governance, either the College of Light (philosophy, science and education), the Dicastery of Peace (ethics, freedom and equality) or the Consistory of Holiness (charity, compassion and inter-faith activity).

The projects are targeted at those locations determined by polls, studies and statistical analysis to be most in need of reform. In medicine, this approach of attacking the most severe cases first is called triage, but it is also a spiritual principle, the motive of the good father who forgives the prodigal son, the idea that there is "more joy in heaven" when what is lost is found again, as in the twin parables of the lost coin and of the lost sheep.

Every effort should be made by the press to publicize and dramatize not only outward activities and elections but also the entire problem solving process, which is an integral whole. Every school, trade and profession should send its brightest experts and most promising apprentices to participate. The wealthy should vie with one another to sponsor a team or project. Since elections are held simultaneously with this experimental activity it should be impossible to enter into high office without proving one's mettle here. By linking the plan to wealth, prestige and power the plan will gain all the more fascination. In this way, sports events like the World Cup or the Superbowl will pale in comparison with the spectacle of reality, the glory of watching humanity's brightest talent illuminate earth's darkest regions.

What happens in these service projects? An army of volunteers, led by elected delegates from the needy region itself and from around the world, come together to try out various approaches at improvement. Those who are stimulated by the project may decide to stay on permanently, but as a rule everyone is encouraged to participate at least one point in the decade in some capacity as part of a balanced life. Some may seek variety by serving on at least one service project of each of the three main categories, philosophy, politics and religion. Others may choose to specialize in one of these. There is room for both.

Some types of service projects are open to all comers while other, more specialized tasks are run by selected representatives, experts and consultants. Both types of teams brainstorm first and then move into the worst slums and other notorious problem areas. All volunteers are encouraged to bolster those teams who prove most effective in filling their chosen goals.

When statistics show that the worst ills in this place are well on the way to being cured, the next iteration of the plan moves the entire apparatus to the next worst problem area in that jurisdiction. Decisions about what to do this time around are made by those teams, as well as individual thinkers, leaders and executives who showed themselves the most effective, who were elected by those in the best position to know -- peers working along with them. This talent pool makes up the three institutions, the college, the dicastery and the consistory, and these in turn decide upon what projects undertake during the three year cycle of the next decade. They also decide upon ways and means of exporting what was learned there to other, less severely stricken communities. 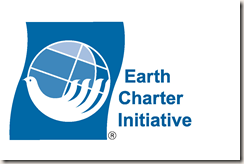 A Charter for Cosmopolitan Goal Setting

Broad-based, grassroots activity similar to this has already been set in motion successfully with the Earth Charter. This remarkable document was written, criticized and rewritten again and again by many diverse NGO's and other members of civil society over the two decades following the first Earth Summit. This charter is intended to be the constitution of a proposed fourth pillar of the United Nations devoted to human rights and social policy. The Charter begins with this declaration:

"We must join together to bring forth a sustainable global society founded on respect for nature, universal human rights, economic justice, and a culture of peace. Towards this end, it is imperative that we, the peoples of Earth, declare our responsibility to one another, to the greater community of life, and to future generations." (preamble, Earth Charter, http://www.earthcharterinaction.org/)

The three overarching responsibilities mentioned here are, unknowingly but not coincidentally, the special concerns of each of the three institutions suggested by Comenius over three centuries ago.

Firstly, the College of Light promotes the sort of knowledge that we all need to maintain a healthy relationship with nature and the human world, what the Charter calls the "greater community of life." As a scientific and educational institution, the College animates the plan's third year, that of unity in diversity, the fourth year, of nature and research, and finally year five, that of promoting the values of learning. After that is over, the college has seven years to prepare experiments, methods, themes and campaigns for the next three year triad.

The political institution, the dicastery of peace, deals with our primal responsibility to uphold rule of law and the Charter's "culture of peace." The dicastery oversees equality during the fifth year, that is, equality of men and women, equality of race, of economic means, of opportunity, equality before the law, and so forth. Year six seeks to remove prejudice, including racism, sexism, parochialism and cultural and linguistic bias from the public agenda. In year seven the dicastery turns to linking ethics with realism in order to fulfill the ultimate goal of politics, a permanent, universal peace.

The third triad of principles is under the aegis of the parliament of religions, which Comenius called the consistory of holiness. This body specializes in helping Homo Universalis with her responsibility to "future generations," in the words of the Charter. Faith helps us see the world under the aspect of eternity; it trains us to deal seriously with the otherwise mute and ignored needs of future generations. To say the same thing in the terminology of faith, the consistory is a tool for working together, no matter what our particular opinions and affiliations, to fulfill our universal, eternal duty to God.

The consistory attempts during the last three years of the decade to make all faiths consistent with those principles that are common to all. In year eight they concentrate on the true fundamentals and ultimate goals of faith, love, compassion, hope and freedom. The ninth year deals with the Golden Rule, which is found at the heart of every major religion and even the minor religions. Economics is placed here, since the core issues of economy cannot be written in a ledger and, as John Maynard Keynes said, in the long run we are all dead. Equity, reciprocity and charity all are derived from the soul looking over its fate in a longer perspective than our physical life span.

Religious cooperation is the theme of the decade's final year. The poor living in slums desperately need hope, the inspiration that faith gives, in order to wish to work to better their lot. Witnessing believers of all faiths from around the world coming together in their midst to serve their community will surely inspire such faith in those living in the world's hotspots. Sooner or later this example will tend to remove the strife, corruption, ignorance and bad attitudes that cause poverty in the first place.