The Aristocracy of the Wise 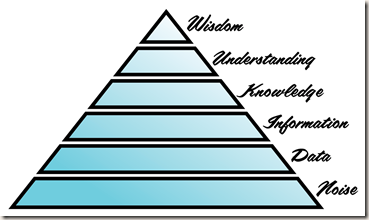 Socrates and Plato envisioned a profession -- or perhaps more exactly a role or phase for existing trades and professions -- that they called a dialectician. Let us dwell for a time on dialectics, conversations directed by an expert, since it is impossible to imagine a Cosmopolis without it.

Dialectics is the main tool of enlightenment, the essential characteristic of a noocracy, or rule of mind. Noocracy, from the Greek "Noos," for intellect or mind, described an “aristocracy of the wise” for Plato, the dominion of the philosopher king. Here wisdom and reason rule over desire and passion. When mind is overruled, the result is dissent and folly,

"It is this dissonance between pleasure and pain and reasoned judgment that I call the worst folly, and also the greatest, since its seat is the commonality of the soul." (Laws, 689b, Collected Writings, p. 1284)

The rule of mind only happens after long struggle. Gradually the soul learns to overrule ignorance and lower drives. A large part of this purification involves verbal interplay. Why? Because that is what mind does. It thinks. By definition, the mind or noos is something that thinks. Plato defined thought itself as a sort of inner conversation. Thought is a,

"dialogue which the soul has with itself about the objects under its consideration ... the soul when it thinks is simply engaging in dialectic with itself in which it asks itself questions and answers them itself, affirms and denies. And when it arrives at something definite, either by a gradual process or a sudden leap, when it affirms one thing consistently and without divided counsel, we call this its judgment. So, in my view, to judge is to make a statement, and a judgment is a statement which is not addressed to another person or spoken aloud, but silently addressed to oneself." (Plato, Theaetetus, 189e-190a) 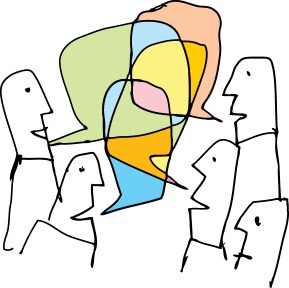 So powerful was the influence of this term of political philosophy, noocracy, that it was not until the 1950's that somebody coined a somewhat deceptive Latinate equivalent, "meritocracy." Meritocracy caught on quickly, since it was immediately recognizable to a generation of scholars unfamiliar with Ancient Greek.

But something important was lost.

Rule of merit is similar but ultimately not quite the same as rule of mind. Merit is a social condition. Mind is first and foremost an action of the soul. An active, enquiring mind enters independently into dialectic with itself. If it succeeds, it gains pleasure in doing the same with others. Friendship is a product of mind. By engaging in dialectic, the mind does social good, but only incidentally. It often gains approbation from society, but not necessarily.

As Socrates explained in life and demonstrated in death, a dialectician also acts like the gadfly, an annoying insect whose bites goad the large, slow moving, lazy beast that is the state into action. Socrates won no accolades for his life's work; it was only after his sacrifice that his true merit showed itself to most Athenians. It was not until even longer after he was crucified that Jesus Christ's merits were evident to the inhabitants of Jerusalem.

Merit is an award conferred from outside, after the fact. A meritocracy is obsessed with credentials. It tends to be a gerontocracy, since it usually takes a lifetime (at least) for true merit to be recognized and certified. A noocracy, on the other hand, tends to be diverse, since mind is a characteristic of young and old, of men and women, of every language, culture and ethnicity. Meritocracy is conservative, favoring the status quo, whereas a noocracy by nature balances all three leanings, toward the past, present and future, that is, conservatism, liberalism and progressivism.

So, why not forget what noocracy is? Why not just think in terms of meritocracy? Is not one word as good as another? Would not a rose by any other name smell as sweet? Perhaps, but what we are talking about here is the difference between a rose and a leaf of skunk cabbage. Like the latter, merit is a lesser thing, it is not pretty, and much of the time it stinks. 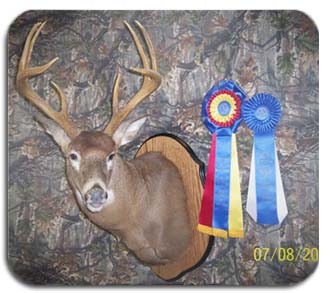 Merit is awarded by strangers and outside groups, who often have mixed motives. Mind seeks out other minds ruled by reason. It glories in interacting, caring not who it is, so long as they think well. Mind is delicate. It requires tranquility, long periods of silence and clarity. A Noocracy, therefore, shies away from impurity, clouds and pollution. It thrives only if there is unity and harmony, in both self and society.

"A community should be at once free, sane, and at amity with itself ... these are the ends a legislator must keep in view in his enactments." (Plato, Collected Dialogues, The Laws, 693b, p. 1282)

Noocracy favors reason and truth for their own sakes. It is not slow and stupid, awarding appearances and passing over those who shun the spotlight. Minds uncovering reality are ecstatic; they seek out harrowing challenges, setting out on the hero's quest to rule over baseness and overcome ignorance, both within and without. At the same time, it is tentative, humble and self-critical. A reasoned mind recognizes, as Plato put it, that "injustice is the offspring of insolence." (Laws, 691c) It therefore abhors all manifestations of prejudice and hypocrisy.

Posted by badijet@gmail.com at 7:21 PM