After World Peace, What?

After we set up a world government and peace has been made secure and permanent, then what? This is not a question that can be set aside, for its answer will provide the very desire to bring cosmopolitanism into being.

We know intuitively that boundless material growth is physically impossible. The earth's ability to support masses of humans is already being strained beyond capacity. Nonetheless, there are no known limits to how much further we can grow in non-physical ways, that is, intellectually, scientifically, educationally, culturally, organizationally, spiritually and artistically. And surely these higher perfections are more worthy and noble anyway.

It follows that the goal of every cosmopolitan thinker must be to improve each and every human on the face of the earth. And what higher goal than that set up by our spiritual aspiration to become an image of God? It would be absurd to attempt such a thing in any material way, for if anything is inimitable, it has to be God, but we certainly can mirror the high qualities of a loving God in moral, mental and other non-physical ways. The goal of all good government, of whatever kind, is to serve the benefit of the people. This object was established in thought and action thousands of years ago by great Chinese thinkers like Confucius, Mencius, Lo Tzu and others. 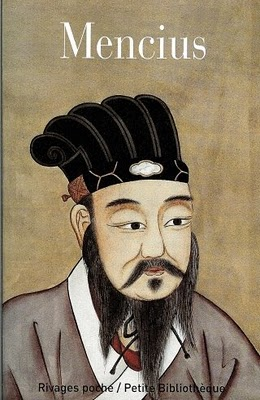 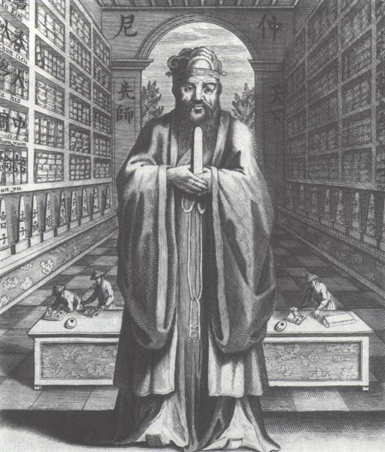 But an even higher target is to aim at the perfection of all people under the aspect of eternity. This John Amos Comenius proposed in his ultimate cosmopolitan manifesto:

"We wish ALL MEN to be made perfect IN ALL THINGS that form them into the full image of God, including their dealings with things, with their fellow-men, and with God, who is the fountain of their blessedness. Also, we wish to reform men IN ALL WAYS, and we therefore require a system of universal wisdom, universal religion, and universal politics, embracing the whole of mankind." (Comenius, Panorthosia, Ch. 1, para 10-11, p. 49)

We have learned in our brushes with Plato that the word describing an affinity to divine rule for the benefit of all is wisdom. Wisdom calls forth a sense of proportion, the ability to take the entire picture into account in decisions. It is a kind of expertise, but one that is available to every conscientious person. We are captains of our soul. Unless a ship's captain takes every important factor into account during a journey -- the crew, the weather, dangers from shoals or pirates, the condition of the vessel and its equipment, the navigational problem of finding the destination -- then sudden disaster is much more probable.

Comenius thought that we need an even more universal word than "wise" to describe the sort of leadership that world order requires. The concern that Confucian officialdom demonstrates for the people is the height of wisdom. But what about the whole earth, with its thousands of languages, cultures and diversity nations? 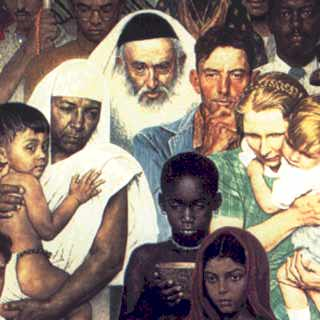 For that, Comenius coined the word "pansophy," or universal wisdom. Pansophy, wisdom born of reflecting upon the Almighty God, transcends normal human limitations. It covers all the commonalities and universals needed for unity in diversity, for oneness to shine over such a vast spectrum of diversity. Pansophy would be our only hope to successfully sail spaceship earth to humanity's destination. Pansophy is the only quality that unites science, politics and religion in a single quest for good.

"Also previous reformers have confined themselves to some particular task and concentrated on the removal of some abuse encountered here or there. In some cases they have lacked the means to obtain their ends, but too often their efforts are a tale of conflict and increasing disunity, not only in politics, but in schools, and most abominably in the church (`for verily the abomination stands there in the holy place.' -Matt 24:15-16). Therefore, in our present situation we desire not simply orthosis or reform but Panorthosia, which is universal. General and full reform of all people, in all things, in all ways." (Comenius, Panorthosia, Ch. 1, para 7-8, p. 49)

This essay, is really the first thing a visitor should read when they are faced with a kind of relentless, wave form of references and descriptions and explanations of Comenius' writings.

I come to your blog because I want something thoughtful and perhaps useful for my adult English advanced level classes of mostly retired engineers, small businessmen and mid-level company managers. And despite this comment which seems discouraging, I will continue to come and read this blog with regularity.

I must say that your title is very thoughtful because I feel I have traveled such a great distance in time and point of view since moving here 15 years ago. I can intuit my students feelings about the vast, great, uncharted waters that exist between now and "After World Peace". Such that their curiosity is minimal. Their pensions are fairly well set, They are more concerned about their children's journey towards success and social stability.

As you say someone should not set aside the question you pose. It is appropriate for someone in the universities. We Boomers are running towards the end of our generation. We will have run our course by 2060. I know, I know, we can't and shouldn't be shortsighted. However policies might be set in the term we will be alert and active can just as easily be ignored. Policies can be reversed. Nothing really matters except the results that are measured after people have already followed a course of action for a few years. What is happening is the example of disunity, disagreement, and opposition.

Grad students in the universities, columnists of various political persuasions , and various writers of the world will continue busily to advance their resumes and academic credentials by cranking out volumes. Knowledge is a large single point that contains a mirror of ourselves and our shortcomings. So I think it is natural for you and others engaged in these topics to continue writing as you are doing.

Before I moved to Japan, I would have felt fully engaged in these issues. But, though I share many with characteristics with you (family to support, house payments, etc.) , I feel much more oriented to the issues that are visible to my students. And they cannot see "world peace". They are alert to what the Japanese media is saying to sell newspapers/ increase audience ratings, with stories of contemporary, scientific, cultural events. Those events are just as independent and bland as the voices in the society which are disunited, lost, apathetic, or caring about the confines of this small island. The waves of social disaster will not come to Japan , though it may touch their children by its affect on the value of the yen exchange rate. It will most likely touch us by what the Chinese do here in Japan. This is much more real than thinking about world peace.
Regards,
Thomas