At the Table or on the Menu

The most brilliant and pregnant idea arising out of Panorthosia is its suggestion that world leaders stage a comprehensive planning conference every ten years. Consider what has happened on the world stage without such a policy. Lacking a regular, open planning process, for several decades world leaders have gotten together on their own to work out policy together on a purely Ad Hoc basis in what are called "summit" meetings. As the name implies, heads of state of the most powerful nations address problems, policies and issues determined exclusively by themselves. 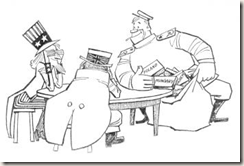 This private, closed way of operating got started during the Second World War when there was an urgent need for close, intense cooperation among allied leaders to work out strategy for the first war whose theatre of operations embraced the whole planet. After the war, what Churchill called the confused "Babel" of the United Nations did not allow for effective cooperation. So the practice of periodic get-togethers among statespersons gradually took over many of the functions of a global executive. In the past few decades these summits have broadened to include leaders from the eight most powerful nations, the G8, and most recently to the G20. Without even a pretense of democratic roots, these summits are inevitably targeted by activists and demonstrators protesting stridently on behalf of the excluded majority of humankind.

Comenius' suggestion makes a great deal more sense. Broaden the planning process to include everybody, and make every step entirely democratic and above board. As the saying goes, "anybody who is not at the table is on the menu." Let everyone get together every ten years -- not only those at the summit of the mountain but the entire mountain, leaders and "followers" alike.

Once together, we can work out all of our problems together; there will be no demonstrations because everybody will busy, everybody will be fully invested in a successful outcome. As the executive meetings take place, stage elections to renew the membership of the global and continental parliaments. At the same time let everybody, not just those at the summit, discuss each policy and priority to be implemented over the coming decade. If a problem seems too thorny to be dealt with right away by the current executive, in an open gathering you could admit your puzzlement and hand it back for the entire resources of the human race to work out next time. Then we would set our best minds to solving the quandary in time for the next encounter. 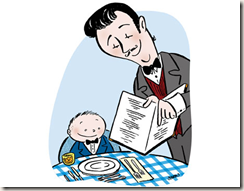 The Debacle of Limited Plans

Today if you mention the idea of regular plans, such as an industrial five year plan, most people recall the horrors of Marxism in the Soviet Union. This is not entirely fair, though. First of all, Soviet goals were not even nominally universal. Communist theory was materialistic, holding that humans are essentially economic, our nature follows the stomach wherever it leads. Worse, the plans were made up by a monolithic state on behalf of the working class, or proletariat. They excluded business or the bourgeoisie; this is especially problematic when a plan starts and ends with economic concerns. Although nominally scientific, historians of science now agree that by and large communist plans were profoundly anti-science in spirit. Furthermore, these plans were openly anti-religious, persecuting believers and faiths of all stripes, and imposing a single style of expression on artists.

When the inevitable happened and central planning regimes collapsed throughout Eastern Europe in the late 1980's, market fundamentalists enthusiastically leaped into the breach. They tried to persuade executive planners that we would all be better off if planning were eliminated completely and we let the "invisible hand" work everything out on its own. In spite of vast wealth being created by the invention and spread of computers and the internet, in the two decades since the fall of the Berlin wall the idea of letting an invisible hand run the economy has failed. Deprived of a central planning mechanism, only the wealthy and powerful had the resources to carry out executive plans on their own, limited and autocratic though they were. Like the summits of heads of state, executive decisions were carried out by a few behind closed doors. Whatever plans were carried out always coincided with the interests of the ownership elite. Banking was deregulated and the mechanisms of high finance obfuscated, leading to economic collapse.

However, such is the corruption of the present nationalist and corporatist order that market fundamentalists continue to dominate policy long after the merit of their ideas was tried and discredited. Without an open, official process for setting goals, corporations and cabals of powerful individuals have a free hand to implement whatever is in their own limited interest. Meanwhile billions of poor are excluded from sitting at the planning table, while the natural resources of the land they are living on are most definitely on the menu.

In effect, by putting forward his suggestion of a repeating decade plan for world governance, Comenius invented the ten year plan. The keynote of such a plan, Comenius suggested, should be simplicity.

In this, Comenius was probably inspired by a day-long interview and debate that he once had with Rene Descartes. Briefly stated, the Cartesian method, an early version of what we now call the scientific method, stipulated laying out all the elements of a complex problem, placing the simplest first, and solving these before proceeding to more difficult challenges. 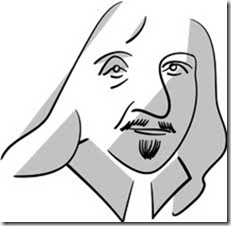 Unlike Descartes, Comenius envisioned a much broader application of simplicity. This procedure should be worked out systematically in all three of the major branches of human endeavour, starting with science, continuing with faith and ending in the ultimate goal of politics, world peace. The philosophical stance of universalism he called "pansophy," or universal wisdom. Wisdom is the ability to see all knowledge simply, as a single whole. Universal wisdom goes beyond knowledge to faith, will and action as well.

Several times in Panorthosia Comenius compares the universal abilities given by universal wisdom to a skeleton key. A narrow thinker has a key allowing him to get into one or two rooms of a palace. However, the universally wise holds a master key that lets him into all rooms. Specialists have keys for a few rooms but universal minds feel at home anyplace, even if they do not plan to live there indefinitely.

Descartes proposed mathematics as the key to science, but Comenius asked, why not work out keys for religious faith and practical politics as well? This is the substance of their disagreement. There is no reason that principles, such as the Golden Rule, cannot be master keys for a reformed, purified faith (Comenius uses the expression "One Common Faith") that applies for all believers, Jews, Muslims and Eastern Religions included. Certainly this applies for Christians, Comenius believed, since Christ had said, "My Father's house has many mansions..."

Comenius agreed that simplicity is also a consequence of the new science. But its methodology has to be made universal by implementing an educational system for all -- Comenius was practically the inventor of adult education, of education for girls as well as boys, and for the poor along with the rich. Once education was universal the flood of knowledge would hand tremendous intellectual power over to the people, while at the same time tearing down the ivory towers of professional privilege.

Everybody would be as close as they can be to Homo Universalis. Everyone would be trained and prepared to deal with the elements of a new trivium, three fundamental disciplines, philosophy, politics and theology. These would take the place of the ancient trivium that every pupil was expected to know -- hence the word "trivial" for information we expect everybody to know already.

In this way the summit gathering would include teachers tasked with working out this simplification project so that the essentials of knowledge can be taught efficiently to all. At ten year intervals the College of Light would meet, representatives of teachers and professors elected by their peers from the best schools around the world would work out this new trivium and agree upon how to convey it to the next generation of children. At the same time, faith leaders, ethicists and artists in the consistory of holiness would work out how to make that knowledge attractive to the next generation by inspiring them with the beauty of love and reciprocity. This would shame politicians into showing their mettle by raising their goals from mere realpolitik and pragmatism to their ultimate ideal: peace.

Posted by badijet@gmail.com at 9:19 AM

Very nicely done. I thought this article was a very good intro to all the ideas related to Comenius you have been introducing over the past...what seems like several years. I sure would be nice to see this article receive more attention, say, publication at the LATimes or NYTimes web pages. And you'd get paid for it..