It may take a century, ten decade plans, or more for the local, continental and global governments envisioned by Comenius to come into full flower. In the next volume of this book series I will suggest possible physical features of the massive planet-wide building project that will accompany the formation of these governments. However, now that we have discussed stiles and the recapitulating decade we can discern how personal and global plans might bootstrap this evolution by means of designated capitol cities, first of each continent and finally settling upon a permanent capitol city of Cosmopolis Earth.

Since the astronomical name of our planet is "Terra," it would be natural to call its capital city "Terra City." In the 17th Century, Comenius proposed that the provisional world capitol be Rome or London. A similar continentally-based proposal for a world government made in the early 19th Century suggested that an intercontinental capitol city be built on an island somewhere in the South Pacific. Another idea that appealed to me for some years is to situate Terra City at the South Pole, or somewhere else in Antarctic, which has no native population to displace and is already largely neutral, international territory.

Such a remote location, buffeted by the world's coldest winds, would have three more advantages. One, it would force designers to apply cutting-edge technology to make Terra City's buildings safe, sustainable and energy efficient. Two, the location, unlike the South Pacific, would eliminate distractions and force officials and elected representatives to give their full attention to their work, before getting home as soon as possible. Three, an Antarctic outpost would make it difficult for terrorists or ambitious leaders to start a coup d’état without being detected. Of course, an even better location for security would be on the International Space Station. This would have the advantage of a spectacular view of the spinning planet below, ensuring exactly the right mind set for caretakers of our beautiful home. 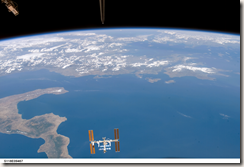 Another possibility is to place Terra City where capitol cities are normally located, in a city that is already close to the center of activity. That would be somewhere in the Middle East or the Fertile Crescent, the crossroads among three of the largest and most populous continents, Africa, Europe and Asia. This place is of great historical significance, for it was through here that Homo Sapiens emigrated out of Africa tens of thousands of years ago. It is also the birthplace of several of the world's religions and remains a center of pilgrimage for believers from around the world.

These alternatives are by no means mutually exclusive. Cosmopolis earth's capitol city could rotate among these and other locations until the advantages of one over the others is apparent to all. Indeed, it would not be a good idea to settle too soon on a permanent world center. The great challenge in this first century of transition will be to strengthen the democratic roots of the new continental governments, while at the same time firming up local institutions at the levels of family, household, neighbourhood and city. Only when local foundations are stable and continental pillars are strong will we be ready to lay on the roof, the permanent planetary capitol called Terra City.

At Terra City, wherever it may be at first, elected representatives from all the continents will work out global policy for all continental governments. They will also have to devise standards for whatever applies to all people, everywhere. In the beginning, though, global legislators may restrict themselves to coordinating the decade plans in at least seven larger continental governments located in China and India (because of their large population, these two nations are best treated as continents in themselves) and in six populated continents, North America and South America, Europe, Africa, Asia and Australasia, whose mandate is based less on population than on geography. It will take many decades of experimentation and building by these eight continental governments before Terra City will be cosmopolitan enough to be considered a truly global capitol city. 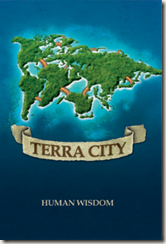 Therefore, for at least the first several iterations of the Comenian decade plan, the provisional seat of intercontinental deliberations should rotate among the continents. During these early plans the name "Terra City" will signify the currently designated world capitol. Each time it rotates a new, planned city will constructed for it. Here, the world government will meet in specially designed capitol buildings for several years. Once that decade plan is complete, the designated Terra City will move on to the next continent, while its former global seat of governance is occupied by that continent's house of representatives.

Concurrent with this rotation, there will be a major building program called the World Belt. The World Belt is a housing, HVDC power line and high speed transport corridor connecting each continent. The purpose of this massive megaproject is to make a virtue of necessity by building improved homes for the billions of refugees expected from rising sea levels, while at the same time populating the world's deserts and relieving pressure on environmentally sensitive regions. Again, the World Belt will be described in more detail in a future volume of Cosmopolis Earth. The current Terra City will be strategically placed at a crossroads of the World Belt, a location that is not only central to a continent but one that will tend to expedite construction of the World Belt.

I am inclined to believe that "we" MUST be even more flexible, if "that which would make the limbs of mankind to quake", has not yet occurred. For some physical/psychological/spiritual event or closely causal series of events, may cause a severe disruption to a physical cutting-edge technological development that does not simultaneously back up its insights and learning experiences with an eye towards some future recovery project by a succeeding generation who would not be even old enough/wise enough to participate in their parents stupendous activities. What say ye?
regards from Japan,